As Russian aggression against Ukraine approaches the half-year mark and combat operations appear to be at a standstill, a new calculus has been developed in the Kremlin: A long war suits Moscow’s interests and can eventually be won. 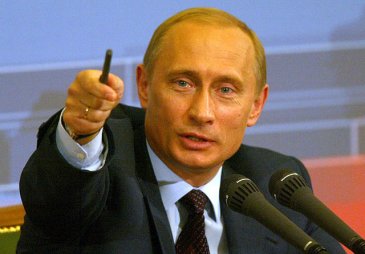 This self-serving proposition follows the failure of two previous war plans: a quick and total victory by several offensives of armored columns and a conquest of Donbas and southern Ukraine by an irresistible push of replenished battalions behind massive artillery barrages.

A fiasco with the long-war vision might take more time to become apparent, but it will be shaped by the same basic miscalculations of Ukraine’s capacity for withstanding brutal attacks, Western commitment to support this costly struggle, the strength of Russia’s sanctions-resilient economy and the irreducible public readiness to follow the course set by Russian President Vladimir Putin.

Ukraine comes first in Putin’s compendium of delusions, and it is certainly not interested in a protracted war that prolongs the suffering of its people. As such, Ukrainian President Volodymyr Zelenskyy’s war plan aims to liberate the occupied territories in the shortest amount of time possible (Nezavisimaya gazeta, August 11). Still, he is not rushing his generals, and the promised counteroffensive has been carefully prepared by targeted strikes on Russian ammunition depots and command centers, as well as by the US-supplied M142 HIMARS artillery rocket system, which has been used far more effectively than most Western experts and Russian command had expected (Russiancouncil.ru, August 5). The Russian General Staff has used the relative lull in battles for moving reinforcements to the south, following Putin’s order to ensure control over Kherson. However, this redeployment leaves more battalions trapped on the west side of the Dnipro River, with three bridges under constant missile strikes (Novayagazeta.eu, August 11). Several explosions at the Saki airbase in Crimea on August 9 were officially declared an accidental detonation, and the Russian media only reports this implausible version. Nevertheless, it is clear that the damage to Russian troops’ spirit and public morale was perhaps greater than the reportedly dozen of destroyed combat planes (Meduza, August 11).

The Kremlin’s hopes about the erosion of Western solidarity with Ukraine have been rekindled by the spike in the US-China conflict centered on Taiwan, but, in reality, these sentiments are primarily pinned on the reluctance of European allies to pay the costs of a long war (Svoboda.org, August 10). The cuts in Russian gas supplies to Europe are aimed at fueling this discontent, but Moscow has been ignorant to the acceleration of the “green” energy transition in the European Union caused by the urgent need to manage the unfolding economic crisis (The Insider, August 12). Germany remains the main target of Russian gas pressure and political maneuvering, but Putin’s understanding of this major European power is badly out of date, as Berlin’s resolve to stand with Ukraine against cruel aggression has been seriously underestimated in Moscow (Kommersant FM, August 11). Russian diplomacy aims at weakening this resolve by feigning readiness for peace talks and had expected the grain deal negotiated by Turkey to restore the Kremlin’s trustworthiness, but provocations at the Zaporizhzhia nuclear power plant produce far more convincing evidence to the contrary (Svoboda.org, August 12).

Government experts are careful not to offend the misperceptions of the strength of Russia’s economy prevalent in the Kremlin, thus their multivariate forecasts outline only moderate recessions in 2022 and 2023, promising a strong rebound later (Kommersant, August 12; Rosbalt, August 11). Publication of official statistics has been severely curtailed, but one bit of data that was observed last week covered the large expansion of the state budget deficit caused by a sharp decline in income, even from the oil-and-gas sector, and a massive increase in state expenditures, clearly caused by the war, which have been duly hidden (Rbc.ru, August 12; Bfm.ru, August 12). Russian oil exports are sustained only by heavy discounts on the Urals reserves, and the progressing decline of production makes it quite impossible to deliver the agreed upon quota with Organization of the Petroleum Exporting Countries (OPEC) members (Kommersant, August 10). Putin’s instructions on reorienting energy exports to the East are not disputed, but it is abundantly clear for practitioners that China will not finance the construction of new pipelines (The Bell, August 8).

The idea that a long war can help in affirming control over a patriotically united society seems sound as protests against the war have mostly dissipated, but testing this theory against the pressure of falling incomes and mounting casualties highlights greater risks for regime stability than the Kremlin tends to believe (Forbes.ru, August 13). Putin’s minions are eager to prove their loyalty by traveling to Donbas, but public opinion prefers to pretend that life continues “as normal” and blocks out the war’s horrors rather than embracing the conflict (Re-russia.org, August 5). This convenient denial becomes more difficult as more sacrifices are demanded from the urban middle classes of Moscow and St. Petersburg (not only from the poorest regions), while soldiers returning from the Ukraine battlefields tell stories of violent chaos and glaring incompetence (Meduza, August 11). Generals are confused and irked by the unfamiliar problem of manpower shortages, but their demands for mobilization are left unanswered by the nervous commander-in-chief, and governors are instead instructed to expand recruitment in every shallow pool, from unemployment centers to prisons (Novayagazeta.eu, August 12).

Russia has been gradually transformed and increasingly traumatized by what it still officially describes as a “special military operation,” which no amount of propaganda can paint as proceeding according to Putin’s plans. Yet, he cannot possibly admit the flaws in the grand vision of Russia’s rise under his leadership but has to concede that even he has realized that it will take more time for Ukraine to collapse and for the West to crumble. Time, however, is not on the Russian premier’s side, and Ukraine is set to prove it, despite the terrible price it pays for resisting and rolling back Russian aggression. The ultimate proof of folly of autocratic self-delusion can, nevertheless, only come from inside Russia, which needs to reinvent and reconstitute itself as a responsible state. It is so patently unprepared for a long war that an inevitable defeat looms large. Indeed, defeat could create space for much-needed reforms, but it might also sap the energy necessary for them. A defeated Russia will have a chance to emerge victorious in self-revival, but the road will be difficult, and the risks will be grave.