Batteries are as essential to the “green” energy transition as wind parks, solar power, and electric cars. These green energy technologies all require vast amounts of minerals. 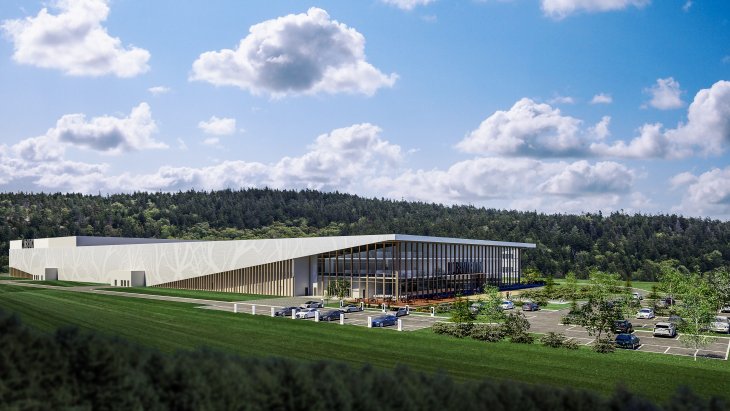 Norway has the potential to be an important new supplier of batteries, but it has been surprisingly silent on the issue – until now.

For some years, experts worldwide have pointed to a discrepancy between supply and demand in minerals critical for the ‘green’ energy transition. Commodities like lithium, graphite, cobalt, and nickel are essential to produce batteries. But the global Covid-19 pandemic and the Russian invasion of Ukraine have pointed to serious bottlenecks in the supply of these critical minerals.

China has dominated the battery supply chain and is expanding its control over the various steps in that chain, from mining to refining to manufacturing batteries in China and abroad. Mining is often concentrated in poorer countries like the Democratic Republic of the Congo, where 70% of the world’s cobalt is sourced. Such concentration heightens the dependency of European industries on resource-rich countries. The war in Ukraine has further aggravated mineral and metal supply issues, as Russian nickel supplies are now largely off-limits to Western battery manufacturers. Mineral self-sufficiency in Europe seems like a pipe dream, given the few mining sources and refining projects that currently exist on the continent.

Arendal … is also one of three sites where large-scale battery cell production is planned.

To address this highly political and strategic issue, the European Union has been mapping supply chains in order to develop strategies to access these materials. And Norway has begun to address the issue of the geopolitics of critical mineral supply. At this year’s Arendalsuka, an annual political festival, the topic added some pepper to last year’s battery euphoria. The southern Norwegian town of Arendal not only hosts Norway’s democratic dance floor, as the festival often is called, it is also one of three sites where large-scale battery cell production is planned. With the aim to make Norway nothing less than a “green industrial and energy giant” through battery production and other “green” technologies, the Norwegian government launched its battery strategy in June 2022.

How does Norway approach the critical raw material challenge?

The Minister of Trade and Industry, Jan Christian Vestre, not only wants Norway to become a battery giant but also a sustainable mining nation. His ministry is currently developing a new mineral strategy which promises both more mining as well as recycling of minerals and metals. However, the few planned mining projects are contested. A “less visible” form of extraction proposed is seabed mining, spearheaded by the Petroleum Directorate. Internationally, though, this type of mining is highly disputed and not recommended by the EU.

As in many other European countries, establishing a robust mining sector in Norway will take time, is politically challenging due to its impacts, and would probably not satisfy the expected demand in time. Realistically, that leaves the Norwegian battery actors relying on raw materials from outside Europe for some time.

In a panel debate on critical raw materials at Arendalsuka, Parliamentarian and former Minister of Climate and Environment, Ola Elvestuen (V) acknowledged that the East-West polarisation will make cooperation on mineral and metal supplies unavoidable: “We will have to be more strategic in our partnerships with Africa, South America and Southeast Asia. That is an essential component in the biggest challenge we are in, to protect freedom and democracy and to reach our climate goals”.

It remains to be seen what role strategic partnerships will be given when Norway’s mineral strategy is launched later this year. Despite the wish to be more self-reliant, we should be realistic and recognise Norway’s dependence on mining elsewhere, particularly in the Global South, if battery production is to become a relevant industry for the country.