In early September 2022, Russian President Vladimir Putin spelled out his intention to punish Europe for resisting Russia’s assault on the world order and supporting Ukraine louder and clearer than ever before. 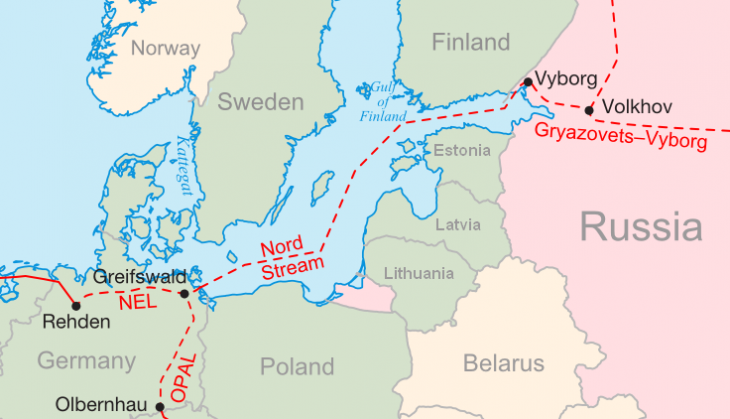 Speaking at the keynote session of an economic forum in Vladivostok, Russia, Putin asserted that the confrontation in Ukraine has reinforced Russia’s sovereignty, so in reality, it stands to gain from deepened global polarization and has suffered no significant losses (Nezavisimaya gazeta, September 7).

He described the proposal to enforce a price cap on oil and gas exported from Russia as “dumb” and threatened to halt all energy supplies if approved by the European Union (Kommersant, September 7).

Putin’s scorn for Europeans, who in his opinion are not in the position to dictate rules and conditions, is underpinned by the presumption of their panic over deepening economic hardships.

A hard winter may indeed be looming for Europe, but as Putin has ordered the shutdown of the Nord Stream One gas pipeline to Germany so early, it gives the EU plenty of time to prepare emergency measures (Forbes.ru, September 6).

Mainstream commentators in Moscow argue that economic prosperity in key EU member states cannot be sustained without large-volume energy ties with Russia (Rossiiskaya gazeta, September 6). This wishful thinking is disproved by careful EU to integrate an immediate response to Russia’s energy blackmail into the strategy of eliminating dependence on this unreliable supplier altogether(Rosbalt, September 6).

Ultimately, Gazprom has been hit the worst by Putin’s decision to maximize energy pressure on the EU, as the energy company can only burn the redundant gas in huge flares, while during winter, it will have to shut down many production facilities which would effectively destroy key assets (Svoboda.org, September 5).

The Kremlin may entertain fantasies about redirecting gas flows from the Yamal fields to China, but it will take years to lay the necessary pipelines, and Beijing shows no interest in funding these projects, as even Moscow commentators concede (Ru.valdaiclub.com, September 1).

The economic slowdown in China effectively undercuts Putin’s energy ambitions, as the benchmark price for the Russian Urals oil blend has slipped to $65 per barrel, despite the cut in production quotas by the Organization for Petroleum Exporting Countries (OPEC) cartel (Izvestiya, September 9).

The application of the “energy weapon” has come too late

These dynamics with oil prices curtails Russian revenues more effectively than any envisaged caps, and Russian Prime Minister Mikhail Mishustin has warned about difficulties with balancing the state budget in the next three years (RBC, September 8).

This sober forecast means that Putin’s resolute application of the “energy weapon” has come too late, and on the grounds of stabilizing the global economy, the move looks desperate rather than calculated.

Europe is the only vulnerable market in this rebalanced global picture …

Europe is the only vulnerable market in this rebalanced global picture, but continental leaders have for several months worked on preparing a joint action plan for the predicted shutdown of Russian energy exports (Russiancouncil.ru, September 6). Dissenting voices on this subject have always been noted, but a commitment to unity has been maintained and expanded on energy and security matters, as demonstrated by the September 8 meeting of top Western defense officials, chaired by US Defense Secretary Lloyd Austin, in the well-established Ramstein format (Kommersant, September 8).

Putin’s threats could have made some difference a few months earlier, but presently, Western policymakers are developing mid- and long-term programs for supporting Ukraine irrespective of Russia’s grinding of the gas axe.

Consequences on the battlefield

It is unclear to what degree Putin is aware of the difference this steadily expanding support is making on the battlefield. In the Far East, he held a meeting with Russian Defense Minister Sergei Shoigu and Chief of the General Staff Valery Gerasimov, as well as attended the final show of the Vostok 2022 strategic exercises, but surprisingly little information was given on either event (Kremlin.ru, September 6).

Upon returning to Moscow, the Russian president presided over a meeting of the Russian Security Council but focused mostly on the deal for exporting grain from Ukraine, correcting somewhat the mistake he had made in the Vladivostok session, but insisting on revising the arrangement with Turkey (RIA Novosti, September 9).

Meanwhile, the tactical success achieved by the Ukrainian forces at Balakliya in the Kharkiv region in a matter of three days became at first a serious setback and, in another two days, a disaster for the Russian forces who were concentrated around Izyum as the Ukrainian forces continued the offensive push toward Slovyansk (Meduza, September 9).

Up until the afternoon of September 10th, the Russian Defense Ministry had provided no information about this chaotic retreat, elaborating instead on the failure of the Ukrainian offensive in the Kherson region.

As a result, mainstream media was stuck with the story about the arrival of reinforcements to Kupyansk, which had actually been lost to the astonishingly fast-moving Ukrainian troops (Izvestiya, September 10).

This censorship has, however, failed to silence the not so small gang of “patriotic” bloggers, who have spread alarm across social networks about the unfolding catastrophe (Lenta.ru, September 10).

It is unclear whether Putin has any better data on this shocking defeat than the concise report from the Defense Ministry about a “redeployment” of the Balakliya-Izyum grouping to the Donbas (Novayagazeta.eu, September 10). On September 10th, the Russian leader attended festivities in Moscow, inaugurated a massive Ferris wheel, and briefly mentioned the task of reconstructing the Donbas for the coming winter (RIA Novosti, September 10).

… a real mobilization remains a step too far for Putin …

The Ukrainian breakthrough has revealed the urgent need for Moscow to build combat-capable reserves, rather than ragtag regional battalions. But a real mobilization remains a step too far for Putin, who is attempting to maintain pretenses of normalcy (to which the Muscovites are eager to subscribe) and firm control over the “special military operation,” which after 200 days is no longer at a stalemate (Meduza, September 10).

The Ukrainian offensive may soon reach its limit, as a regrouping will be needed before striking other weak spots in Russia’s ramshackle defenses. It has, nevertheless, already proved that Putin’s energy blackmail was unleashed much too late. Europe has discovered a path to mitigating or even preventing the looming hard economic winter.

Indeed, the next Ukrainian success, perhaps in the Kherson region, could compel Moscow to seek a way out of this unwinnable war, and resuming gas exports to Germany might be considered by the Kremlin as a useful demonstration of a newfound readiness for compromises. Expanding support for Ukraine should now be assessed in the EU as a more efficient and much cheaper political option than restrictions on electricity use and subsidies to affected businesses. Energy security can actually be enhanced by military means — if applied in Ukraine with determination and competence.