Russian President Vladimir Putin’s September 21st address to the nation could prove to be one of his most fateful blunders in his disastrous war in Ukraine.

In his 15-minute pre-recorded speech, Putin announced support for the referendums in four Ukrainian regions, declared partial mobilization in Russia, accused the West of aggressive “Russophobia” and threatened to use nuclear weapons. The Russian leader concluded by expressing confidence in the support of Russian citizens (Nezavisimaya gazeta, September 21).

These propositions have proved to be delusions. 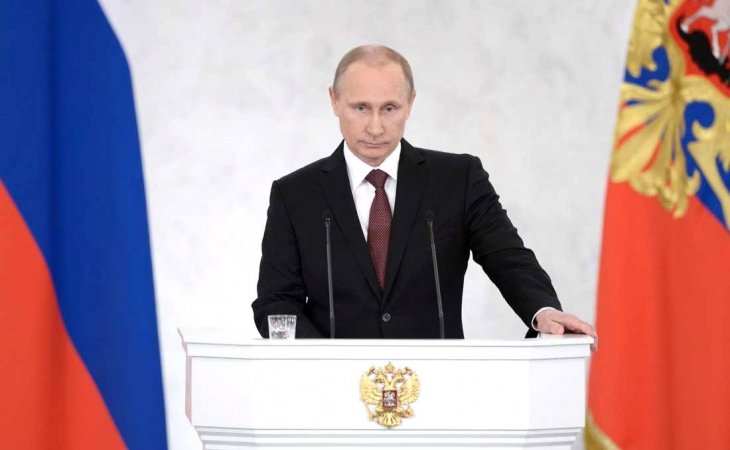 It should be no surprise that the on-going referendums in the Donetsk, Luhansk, Kherson and Zaporizhzhia regions, taking place with barely a pretense of legitimacy, will be rejected by Ukraine as null and void, condemned by the West and ignored by China (Meduza, September 23). Furthermore, it is clear that threats from the West to destroy Russia are nothing more than a figment of Putin’s imagination and a fake propaganda scare (Kommersant, September 23). In this context, however, it is critical to examine the connection between the decision for partial mobilization and the escalation of nuclear blackmail.

… it is critical to examine the connection between the decision for partial mobilization and the escalation of nuclear blackmail.

In Soviet strategic manuals, mobilization was rigidly planned and tightly managed, which is the opposite of what is happening with the current effort. Students, who are supposed to be exempt, have been snatched from their lectures, and protesters have been served draft papers in their detention cells (Novayagazeta.eu, September 22).

Regional authorities, who had, until recently, followed the political instructions on dissuading any worries of mobilization, are now trying to organize public rallies in support of it and dragoon as many middle-aged men as possible to deliver on the Kremlin’s target numbers (Moskovsky komsomolets, September 23).

The new saber-rattling tone of the propaganda campaign has produced panic among many of those who had remained indifferent to the execution of the “special military operation.” As a result, thousands of cars are stuck in lines at the border-crossings to Georgia and Kazakhstan, while the prices of plane tickets to Turkey and every available foreign destination have gone through the ceiling (The Bell, September 24).

A hard test on public support

The mobilization places a hard test on public support of the Ukraine war, which is lukewarm at best and has been underpinned by the widespread and carefully cultivated perception that everyday life was generally carrying on “as normal” (Forbes.ru, September 23). This illusion is now shattered; the inevitable result has been a spike in anxiety and perturbation of Russian society, accompanied by a profound disorganization in many economic activities (Republic.ru, September 22).

The military-bureaucratic apparatus has also been pushed beyond its limits; the old Soviet infrastructure for mobilization has been dismantled in the course of reforms aimed at building a compact professional army. As a result, the capacity for processing hundreds of thousands of new conscripts, in addition to the soon to be announced annual autumn draft, is nonexistent (Novayagazeta.eu, September 22). The brigades whose battalion tactical groups (BTGs) have suffered heavy losses in Ukraine are unable to provide proper training for fresh recruits. Worse, a lack of uniforms, rations and weapons makes properly outfitting these soldiers nearly impossible (Svoboda.org, September 22).

The shocking defeat of the Russian army in the Kharkiv region made the mobilization necessary. Russian Defense Minister Sergei Shoigu tried to explain away the rout as a “regrouping,” but he failed to convince even the war-mongering “patriotic” bloggers, who decried a shortage of troops for the next offensive (Svobodnaya pressa, September 21). In fact, the ragtag forces comprised of depleted BTGs, motley “volunteer” battalions from the Donetsk and Luhansk quasi-republics and Wagner mercenaries are, at present, barely able to hold their defensive positions. Perhaps, then, the announcement of mobilization is supposed to restore their fighting spirit (Meduza, September 22).

The reinforcements, however, cannot possibly come in the next couple of months, and Ukrainian forces keep probing for weak spots in the long front line, all the while hitting Russian supply logistics with long-range weapon systems (Nezavisimoe voennoe obozrenie, September 22). Another breakthrough across the Oskil River into Luhansk region or a routing of the hard-pressed Kherson grouping on the western side of the Dnipro River could signify the fiasco of Putin’s new war plan for consolidating control over the occupied territories of Ukraine and incorporating them into Russia (Grani.ru, September 22).

Russian high command believes the Ukrainian army’s offensive operations are minutely planned and effectively controlled by US advisers and NATO headquarters, where the warnings about the imminent use of nuclear weapons for protecting Moscow’s newly expanded territorial integrity will be taken quite seriously (Nezavisimaya gazeta, September 18). However, this blackmail is not only based on wrong assumptions, but it also misconstrues Russia’s ability to use its nuclear instruments (Re-russia.net, September 23).

In the past decade, massive investments have been directed into the modernization of Russia’s strategic arsenal, particularly the Borei-class submarines, and while some weapon systems, such as the Sarmat intercontinental ballistic missile, exist only in Putin’s imagination, those that are maintained in high-readiness status are entirely unsuitable for delivering strikes on Ukrainian positions (Novayagazeta.eu, August 20).

Non-strategic nuclear warheads have, for the past 30 years, remained under lock and key in a dozen centralized storage sites and making them operational involves much more work than pressing the proverbial “red” nuclear button. Many untrained nervous hands are needed to handle even a single nuclear munition, thus the risk of human error is extremely high. Furthermore, some officers in the long chain of command might refuse the responsibility of starting a nuclear war.

… decision-making is shaped by an amalgam of the fear of losing power, mistrust in the top brass and a burning desire to destroy Ukraine.

Russian society is perturbed by the abrupt start of mobilization, and its reluctant compliance may soon turn into anger about the mistreatment of new draftees and the rush of their deployment to the trenches without proper training. In this light, every tactical success of the Ukrainians’ flexible offensive might produce heavy political resonance and expose Putin’s miscalculations and incompetence in war management.

The Russian president’s decision-making is shaped by an amalgam of the fear of losing power, mistrust in the top brass and a burning desire to destroy Ukraine. Yet, none of these feelings are shared by the majority of Russians, who are also apprehensive of nuclear brinksmanship. Abandoning denials and delays in decreeing mobilization, Putin has sought to postpone the moment as looming defeat would leave him with the undesirable option of nuclear escalation. Instead, he himself has brought this fateful moment closer.