The long-promised Ukrainian counteroffensive in the south has not yet delivered any breakthrough, but it still signifies a critical turning point for the war: Russia cannot hope to win by sticking to the pattern of trench warfare and artillery duels.

Some “patriotic” commentators have suggested that the failures of Ukrainian attacks would pave the way for a new Russian offensive toward Mykolaiv and Odesa, but the Kremlin’s high command hardly entertains such strategic fantasies (Svobodnaya pressa, September 3). Russian summer offensive captured Sievierodonetsk and Lysychansk through such heavy expenditure of material resources and battalions that little capacity remains for a new push. 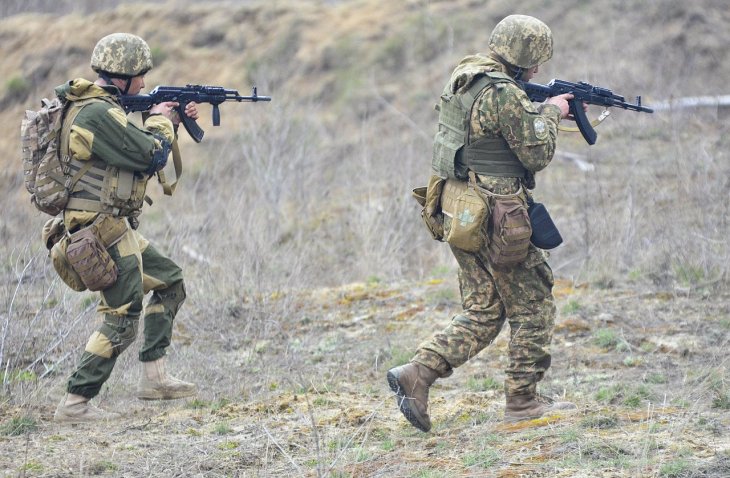 In contrast, Ukrainian forces have relied more on well-targeted long-distance strikes and exploiting weak points in Russian forces’ porous defenses (Meduza, September 2). Common strategic sense dictates a Russian retreat from the exposed positions to the west of Dnipro River, but political ambitions — undiminished by the exhaustion of military might — demand holding Kherson at any cost.

Last week, the Russian Armed Forces started the Vostok 2022 strategic exercises in the Far East, and President Vladimir Putin is due to attend the carefully prepared military show near Vladivostok on September 6 (RIA Novosti, September 2). Overall, the exercises have been heavily reduced in scale compared with Vostok 2018, but the intention is to demonstrate the availability of reserves and resources for a protracted war in Ukraine (Gazeta.ru, September 1).

In various parts of the multi-chapter exercises, Russian forces hunted for a hostile submarine in the Sea of Japan (jointly with a squadron of ships from the Chinese navy), repelled an amphibious assault on the Kuril Islands and intercepted a massive missile attack.

These exercises are meant to prove Moscow’s readiness to perform more complex tasks than only artillery barrages in the Ukraine theater (Izvestiya, September 3). In reality, however, the volume of expenditure of key assets, particularly long-range missiles, during the six months of heavy fighting exceeds the Russian defense-industrial complex’s capacity to adequately replace the supplies. Additionally, the live performance of Russian forces has turned out to be seriously inferior compared with the choreographed drills — hardly impressing the Kremlin’s Chinese partners, among others (The Insider, August 30).

Russia may want to prove that its military machine can function for many months, if not years, under the pressure of Western sanctions, but the breakdown of supply chains is rather too obvious and the increased use of legacy Soviet weapon systems cannot be camouflaged (Riddle Russia, August 19). Moscow’s warnings to the North Atlantic Treaty Organization (NATO) and United States regarding the risk of becoming party to the conflict if they continue to supply long-range strike weapons to Ukraine are becoming increasingly less credible with every repetition (Rossiiskaya gazeta, August 2).

The only avenue of escalation that Putin appears eager to follow is cutting down energy exports to the European Union, and the indefinite shutdown of the Nord Stream One gas pipeline in late August 2022 is seen as a step that will turn European consumers’ worries into panic (RBC, September 2). The pressure is serious indeed, but instead of begging for a compromise, the EU is persisting with its energy transition away from Russia and preparing to enforce a price cap on Russian oil and gas — a proposition that cuts across an emphatic “red line” in Moscow’s energy policy (Nezavisimaya gazeta, September 1).

The aggressive use of energy exports as a policy instrument brings more problems for the Russian oil and gas industry, already struggling from broken ties with Western partners and service companies (Kommersant, August 30).

These problems translate into sharp anxieties among the Russian business elites, which have been punished by personal sanctions (Forbes.ru, September 2). The strange death of Lukoil Vice President Ravil Maganov — whose body was found the morning of September 1 after a fall from a sixth-floor window of a prestigious hospital, further illuminated these issues (The Moscow Times, September 1). It is unclear what “red lines” Lukoil could have crossed (another top manager of this corporation was found dead in May 2022), but rumors in the Kremlin make a connection with the five mysterious deaths of executives from Gazprom-affiliated companies earlier this year (Life.ru, September 1). Billionaires are feeling stressed in Moscow. For example, Ruben Vardanyan opted last week to leave Russia and cancel his Russian citizenship (RBC, September 1).

The stagnant war has curtailed the political influence of the so-called “oligarchs,” but it has granted new privileges and full freedom from responsibility to the enforcers of order in Russia, first of all the Federal Security Service (FSB) (Novayagazeta.eu, September 2). Nobody dared to question the FSB’s conspicuously quick completion of its investigation into the car bomb that claimed the life of Darya Dugina, with the blame placed squarely on the Ukrainian special services (Grani.ru, August 22). In fact, her father, ultraconservative philosopher Aleksandr Dugin, became an inconvenience for the Kremlin with his claims for dropping the pretense of “special military operation” and mobilizing the country for a total war against Ukraine and the hostile West (Republic.ru, September 2).

It is far easier for the FSB to discipline “patriotic” pundits and bloggers who are disappointed in the absence of a forceful response to the Ukrainian attacks on Crimea than to suppress the real anti-war Russian opposition that gathered at the Free Russia Forum in Vilnius, Lithuania, last week (Svoboda.org, September 1). Labeling popular authors, such as Dmitry Bykov, and rock musicians, such as Andrey Makarevich, as “foreign agents” will not bring back the pressure of fear, lifted more than three decades ago by Mikhail Gorbachev, to whom many thousands of Muscovites bid farewell on September 3 (Meduza, September 3).

Putin is charting a course to the “might makes right” past …

For Putin, who opted not to attend the funeral, Gorbachev epitomizes weak leadership resulting in a break-up of the perturbed state. Yet, Putin’s own attempt at executing firm leadership in restoring Russia’s greatness has unleashed a crisis threatening the Russian state’s very existence. Where Gorbachev tried to blaze a trail to a nonviolent future, Putin is charting a course to the “might makes right” past, and his choices in the apparent dead-end have been all bad. After a sequence of setbacks, Putin is afraid to show weakness by making the necessary retreat from Kherson.

In the war of attrition, Russia, with its degraded economy, stands no chance against a determined West and defiant Ukraine. An escalation by ordering full economic and social mobilization involves the great risk of a breakdown in Russia’s fragile domestic stability. A nuclear escalation might backfire through asymmetric but hard-hitting US and NATO responses and Chinese disapproval. As with every weak leader, Putin prefers to postpone hard choices — until it is too late.