Henrik Urdal, Director of the Peace Research Institute Oslo (PRIO), laughs out loud when our journalist points out all the worries that have emerged during their conversation. 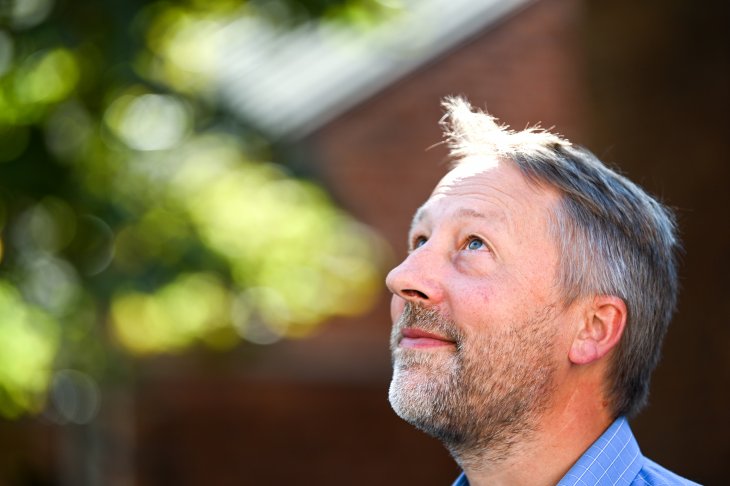 He does indeed believe that many left-wingers can end up supporting Norwegian EU membership. But he fears continued political polarization in the United States, and is worried that populist movements in Europe will be boosted by the energy crisis and other crises. China and Russia are also on his list of concerns.

“So I must hasten to point out all the things that have got better over recent decades. Because in fact my basic attitude is optimistic.”

Urdal says that if we look at broad development indicators, there has been enormous progress over the past 20-30 years.

“As a consequence of the UN’s Millennium Development Goals, we can see great progress on many of the indicators for socio-economic development. And at the same time, inequalities have been shrinking in very many countries. This has gone slightly under the radar,” he says.

“We did a major background project for the World Bank and the UNDP, the UN Development Programme, which shows that from the mid-1990s there has been – if you look at inequalities in infant mortality and other socio-demographic factors between ethnic and religious groups – a reduction in inequality,” concludes Urdal.

“Inequality is associated with an increased risk of outbreaks of conflict, and it is positive that inequalities are shrinking,” Urdal explains. He also cites a general rise in levels of education; a similar trend with vaccination rates, and a fall in infant mortality. Life expectancy has risen enormously, there is economic growth and to a certain extent, important political indicators are pointing in the right direction.

But then PRIO’s director ceases to be positive. Dark clouds are located and interpreted.

“First and foremost, I’m worried about the global situation today. We’ve returned to a Cold War mentality concerning territorial rivalries in the Global South, but in a way that’s different from the thinking in the colonial era and the Cold War.”

In particular, he highlights the Chinese “Belt and Road” initiative, which aims to link countries within a broader Chinese sphere of interest. China is making huge investments in infrastructure and in buying up industrial regions in African countries. This is an extremely ambitious economic strategy, which also increases opportunity for exporting the Chinese political model, according to Urdal.

On the other hand, increased economic integration will mean that the Chinese have a lot to lose from war.

… the Chinese have an interest in avoiding military confrontations.

“And that also suggests that the Chinese have an interest in avoiding military confrontations. And as a result China, unlike the Russians, will evaluate the potential costs of, for example, going ahead with an invasion of Taiwan,” says Urdal.

He says that we can hope and believe that it is possible to return to the cooperation and optimism that characterized parts of the 1990s. But Urdal believes that we are currently a long way from those times.

“The whole Ukraine conflict is something that will reinforce a process that we have seen developing over a long period, namely the process of Russia becoming a Chinese vassal state. And that is something that suits the Chinese well,” Urdal says.

“For me, it’s difficult to see that we will get a fresh start, unless there’s significant change in China. And we’re a good distance away from that,” says PRIO’s director.

“And so China has patience and time that the West doesn’t have?”

“Yes, as I see it. The United States is focusing more and more strongly on China and what is happening in Asia. The Americans are clear that the Europeans must take more responsibility for security in Europe.”

In Urdal’s opinion, even though President Biden has said that Nancy Pelosi’s visit to Taiwan was not an official American visit, the visit was still a way for the Americans to signal to the Chinese that the United States does not intend simply to sit back and watch what is happening around the Taiwan Strait.

… it was incautious and unnecessary for Pelosi to visit Taiwan.

“But does this make a sufficient impression on the leadership in Beijing?”

Urdal thinks this is a difficult question to answer, but he thinks it was incautious and unnecessary for Pelosi to visit Taiwan.

“The Americans have long made it clear that they will support Taiwan militarily in a given situation. It is unclear how, but it would undoubtedly be a demanding situation if China were to intervene militarily in Taiwan. The United States has gone very far in stating that it will be there for Taiwan, if something like that happens,” Urdal says.

Worried about the United States

More than the tense situation in the South China Sea, Urdal is concerned about developments within the United States.

China is actually relatively predictable, but the United States has become the opposite.

“Perhaps I’m most worried of all about the domestic instability in the United States. Combined with the fact that we’re dependent on having a United States that takes a leading role internationally. In many respects, China is actually relatively predictable, but the United States has become the opposite.”

And according to Urdal, this tendency does not seem to be changing. He sees no indications of normalization after the Trump era.

“The former president’s endorsement of Republican candidates is still important, and the Republicans have learned that they can get away with a lot,” says Urdal, adding that this is something that astonishes him, given that there have been a number of sensible politicians in the party.

“But those reasonable voices are unfortunately very few and weak now,” says Urdal.

In his opinion, the fact that the United States has become unpredictable is a key cause for concern in the current geopolitical situation.

“It’s also something that both China and Russia see pretty clearly. We’re in an information war that makes us vulnerable, and I see no sign that we’re on the way to succeeding in balancing this in a way that makes us less vulnerable,” he says, and refers to the role that social media play in this war.

“Initiatives to try and make platforms accountable and regulate them are turning out to be very complex.”

“Countries like China expend enormous resources on control, and on attempts to reduce their own vulnerabilities. So far they have been relatively successful,” says Urdal.

“But back to Norwegian politics. Do you think that the Socialist Left Party (SV) will end up rejecting everything they’ve stood for over a period of nearly 70 years? Opposition to NATO and later ‘No to most of what the EU stands for’?”

“There’s long been a lot of support for Norway’s membership of NATO, among both the public and politicians. In today’s situation, this support has been boosted even further,” says Urdal.

His perception is that a genuine debate is taking place within SV as to whether Finland and Sweden joining the NATO alliance will make it possible to achieve what has after all been a political goal for much of the left, namely a stronger Nordic defence cooperation.

“NATO is the only real alternative now,” says Urdal, who goes even further and sketches a picture of a reality that previously would have caused many Norwegian socialists to shake their heads:

“I think that what is happening now potentially has greater significance for the Norwegian EU debate, in the longer term. Many people on the left may end up changing sides in the EU debate.”

“But for what reason?”

“Because what motivated parts of the left in the 1990s was the importance of having the ability to be a pioneering country for the environment and solidarity outside the EU. But we’ve been largely unsuccessful in achieving that. At the same time, the EU has become progressive, particularly on the environment, far more so than Norway,” says the researcher, who adds:

“We have also implemented an immigration policy that in many ways has been more restrictive than the situation in the EU. As a result, many of the left’s arguments from that time no longer have the same validity,” asserts PRIO’s director.

Urdal believes that at the same time, we are seeing that the war in Ukraine is creating a need for greater European solidarity. And that this is also a factor that in time will bring about a change in the EU debate in Norway.

“In parallel with the war in Ukraine, there’s currently an energy crisis in several European countries.”

“This is a reminder of the vulnerability of Europe’s democratic systems. These kinds of problems can be perceived as relatively minor and manageable, but can nonetheless have major consequences.”

“The question is whether the shock of increased energy prices and of prices in general will end up boosting populist movements in Europe. This is also a very real worry, and one that is not created by the war in Ukraine, but that is exacerbated by it,” says Urdal.

“Is Norway’s role being changed by the events we now see unfolding?”

“It will be a completely different situation with Swedish and Finnish NATO membership, but this also leads to possibilities for greater coordination, and a strengthened strategic collaboration between the Nordic countries within the alliance.”

“At the same time, it is important in the current situation to breathe deeply and not contribute to a further escalation of tensions, for example by eroding Norway’s self-imposed restrictions associated with its base and nuclear weapons policies,” asserts PRIO’s director, who adds:

“There’s already been a gradual softening of our base policy through the practice of allowing a rotating presence of American troops in Norway. It’s important that these restrictions are not eroded any further.”