Destroying the unfair West-dominated and US-led world order has been an emphatically declared goal of Russia’s “special operation” in Ukraine, and a massive amount of information resources has been spent on mobilizing support for this cause in the Global South. 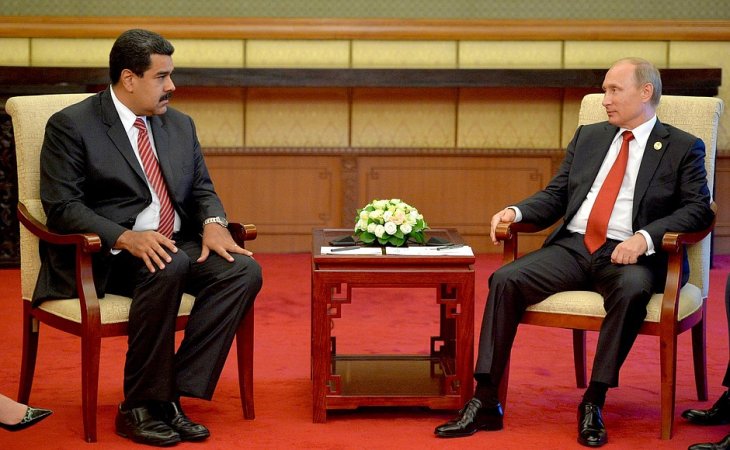 President Vladimir Putin has personally led this propaganda offensive condemning predatory and even “neo-colonial” intentions underpinning Western policy of maintaining allegedly discriminatory rules and norms of international relations. He has persistently tried to connect with every anti-American grievance in the world, from leftist traditions in Latin America to nationalist sentiments in the Arab world. This maneuvering is not without success in states like Nicaragua or Eritrea; however, it failed a major test again last week.

Russia blocked the draft resolution condemning and rejecting its annexation of four Ukrainian regions in the UN Security Council and tried to make the voting in the UN General Assembly (GA) performed by secret ballot. The trick didn’t work, and the tally of the vote on October 12 was even more convincing than the resolution condemning the Russian invasion on March 2. As many as 143 countries approved the resolution, with 35 abstentions and only 5 votes against (including Russia), while 10 states opted not to partake (these figures were, respectively, 141-35-5-12 on March 2).

There is little comfort for Moscow in the fact that most of its BRICS partners (with the important exception of Brazil) and all its partners in the Shanghai Cooperation Organization (SCO) refrained from supporting the resolution.

Many states in the Global South seek to navigate a cautious course in the escalating confrontation between Russia and the West, and Moscow tries to encourage this “neutrality” not only by propaganda but also by such material compromises as the “grain deal”, which allows Ukraine to resume its export of wheat and corn. It has succeeded – against US objections – in reaching an agreement on cuts in oil production in the OPEC+ format, but this didn’t prevent Saudi Arabia and most of the Middle Eastern states from backing the UN resolution (Algeria abstained, Iran opted not to partake, and Syria voted with Russia). Turkey excels at transactional maneuvering around the Ukraine war. Still, its vote went with the vast majority of the 193 UN member-states – and it also granted full support to the measures agreed upon by NATO defense ministers.

The meeting at NATO Headquarters took place simultaneously with the deliberations at the UN GA, but its agenda was focused on delivering a proper response to Russia’s massive missile attack on Ukrainian cities on October 10. The obvious measure was to help Ukraine bolster its air defense capabilities. The allies also agreed on expanding various other packages of military support, from armored vehicles to winter clothing for troops. Russia’s efforts at mobilizing additional resources and manpower for the war, in which it has clearly lost the initiative and has to concentrate on defensive operations, would yield more chaos and discontent than replenishment for exhausted battalions. This dynamic guarantees that the resolve of NATO member-states to continue supporting Ukraine “for as long as it takes” could effectively cancel the option of a long war of attrition and bring Russia’s defeat much closer.

This prospect is a major worry for China, which grants only symbolic political support for its key strategic partner and abstained again in the UN GA vote. President Xi Jinping was apparently too busy with the final preparations for the 20th Congress of China’s Communist Party to call Putin and congratulate him on his 70th birthday on October 7. This minor gesture betrays profound irritation with Russia’s reckless decision to start an ill-prepared and poorly executed war. The consequences of Russia’s looming defeat could go much further than an abrupt dethroning of Putin. Beijing is profoundly upset with the strengthening of Western solidarity, which is not limited to the Ukraine war but spreads into the Asia-Pacific.

Russian discourse on and attempts at changing the world order goes too far for China, and the majority of Global South states, different as their aspirations may be. Foreign Minister Sergei Lavrov may denounce Western “diplomatic terror” in the strongest terms. Still, his fiasco at the UN GA cannot be explained away by alleged US blackmail and arms twisting because it is a natural manifestation of the more significant failure of Russia’s aggressive policy.

Argentina, Mexico, Morocco, Nigeria, Indonesia, and Egypt have had plenty of time to consider their stakes in the war far from their borders but significantly affecting their interests, and to unequivocally express their opinion on Russia’s blatant breach of international law.