Buying a home is the biggest financial investment most people will ever make and usually involves taking out a loan. A mortgage is the usual solution, but it’s not for everyone. Lack of financial resources is the most common reason for not taking out a loan.

But for some people, the reason is that their religion prohibits interest-bearing loans. 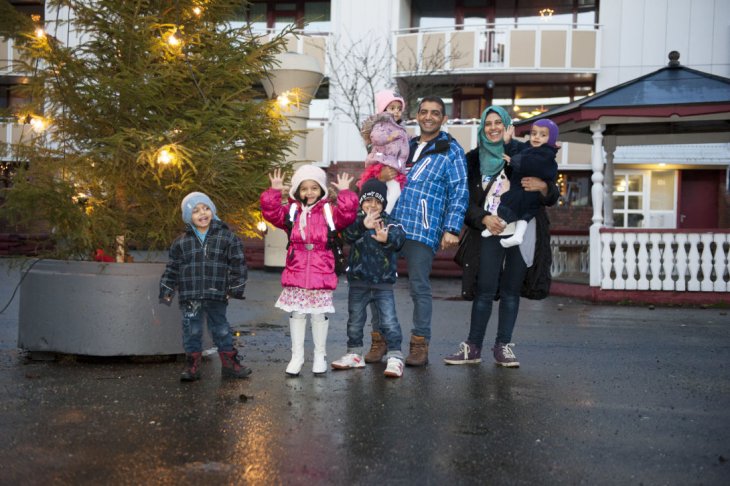 In Islam, there is a clear prohibition on riba – often translated into English as ‘interest’ or ‘usury’. In Norway, interest-free alternatives to traditional mortgages are not available.

For this reason, in our study of Islamic finance, religion and housing, we have focused on what this lack of Islamic mortgages means for Muslims in Norway. The study has given us insight into the experiences of a small group of  people with immigrant background. It has also generated  findings about how religion – and living in accordance with religious beliefs – is experienced when encountering one of the world’s most secular societies, where the government seeks to uphold policies inclusive of diverse religions and life stances.

In Norway, more than three out of every four people live in a home that is owned either by themselves or by a household member. Home ownership has been a stated political objective in post-war Norway, and has been considered a pillar of the welfare state. Many initiatives have supported the idea that everyone should be able to own their own home, although this has become more difficult with time. Home ownership is also an important way of passing on assets to the next generation, through inheritance.

The ideal of “home ownership for all” also applies to Norway’s immigrant population. Home ownership is seen almost as an indicator of integration. According to Statistics Norway’s 2017 survey on living conditions among immigrants, over half of the respondents lived in a home that was owned by themselves or a household member.

However, there is much variation between different immigrant groups. More than eight out of ten immigrants from Pakistan lived in a home that was owned by themselves or a household member. The corresponding figure for immigrants from Somalia, however, was two of  ten. Many factors, often linked to financial circumstances, particularly employment, income and education, contribute to these disparities. Time also plays a decisive role: the length of time people have lived in Norway tends to vary, at least in part, according to country of origin. But other factors also play a role, including immigrants’ diverse entry points into Norwegian society, and encounters with its social norms.

For people who are religious, their religious convictions may influence their financial choices. We find that Islamic norms concerning money are important to many practising Muslims. Almost all the research participants in our focus groups and interviews agreed that the Islamic prohibition on interest was important. Meanwhile,  this prohibition affected their choices in different ways.

Both Muslim scholars and ordinary Muslims can differ in their interpretations of the Islamic prohibition on interest, with some understanding riba to refer only to interest of an extortionate or usurious nature. In order to help members of Muslim minority populations to buy their own homes, a council of Muslim leaders in Europe has issued a fatwa (a legal ruling on a point of Islamic law) that allows Muslims to take interest-bearing mortgages in cases of “necessity”, i.e. where no alternative is available. This exception is justified on the basis that owning a home is important for the ability to enjoy a stable and secure lifestyle similar to that enjoyed by others.

There exist no statistics about attitudes to riba among Muslim homeowners in Norway, but analyses of the data from Statistics Norway’s 2017 survey suggests that self-reported high levels of religiosity among Muslims provides little explanation of why an individual is not a homeowner.

Through qualitative interviews, we have gained insights into the practical impact of people’s religious beliefs on financial circumstances. Aisha is a fictional character, based on insights from our research participants: For Aisha, buying her own apartment is a dream. Aisha is a qualified social worker; she has a permanent job and she would be eligible for a mortgage to buy an apartment – if that was what she wanted. Aisha chooses not to buy her own home because she does not want to take out an interest-bearing loan. She considers riba to be haram – forbidden and sinful for her as a Muslim. Instead, she rents an apartment, but she is frustrated that she’s unable to buy, unlike the people around her. She often thinks about how paying rent is like throwing money out of the window. Aisha wants to buy a home and invest in something that she can pass on to her children. She has faith that a solution will emerge that will allow her to buy an apartment without having to compromise her religious convictions, even though such a solution would probably be more expensive than a conventional mortgage. In the meantime, she puts some money aside every month.

Among our research participants, we see two approaches to the prohibition on interest: some people agree with the view that interest- based mortgages are permissible “out of necessity”, while others choose not to take out a mortgage for religious reasons. The socio-economic consequences are very different for these two groups. People who avoid taking out a mortgage on religious grounds, whether or not their financial circumstances also play a role, experience negative consequences. These consequences are amplified in Oslo’s tight rental market, particularly for people with school-age children, who may have to move multiple times during their children’s education.

In addition, different norms apply in different Norwegian Muslim communities. Among our research participants, we found that people from Pakistani backgrounds were often prepared to pay interest “out of necessity”, while those from Somalian backgrounds were more inclined to view interest as strictly forbidden.

Even those who chose to take out interest-bearing loans to buy a home felt that the importance of religion when making life decisions was not really recognized in Norwegian society. Such a real or perceived lack of recognition of something important in one’s life can have a negative impact on one’s sense of social belonging.

This raises questions about how a society that strives to be pluralistic in its approach to all religions and life stances will respond as it encounters a more diverse population, both in the area of housing policy and more specifically in relation to what are assumed to be “ethically neutral” arrangements.