The Valdai Club’s annual conference used to be a gala gathering of Western and international experts who appreciated direct access to Russian elites and expected to hear about new trends and ambitions in Moscow’s foreign policy from the traditional speech given by President Vladimir Putin. 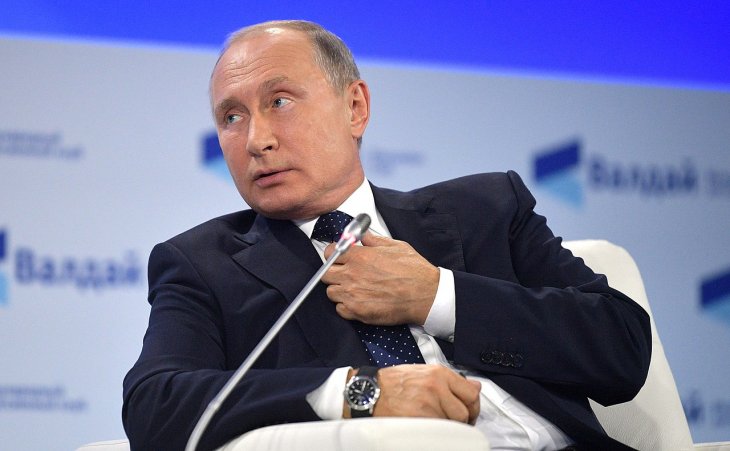 This year, few veterans opted to come to Moscow, and the halls of the suburban hotel Imperial were filled with new invitees, mostly from the Global South, where Putin’s anti-imperialist rhetoric was expected to resonate (Izvestiya, October 25).

The speech, which the Kremlin tried to sell as so content-rich that only in-depth research would be able to demystify its full significance, did not contain a single newsworthy point.

And acknowledging the beginning of the “most dangerous decade since the end of World War II,” Putin did not take credit for bringing the world into this perilous reality but put the blame squarely on the West (RIA Novosti, October 27; RBC, October 27).

The speech … did not contain a single newsworthy point.

The blend of anti-Western cliché and lengthy quotes from such Russian classics as Fyodor Dostoyevsky and Alexander Solzhenitsyn found in Putin’s winding narrative was excruciatingly boring for even the most loyal pundits, but his responses to the first few questions (before he himself became visibly bored) betrayed some genuine frustrations (Kommersant, October 27).

Vulgarisms in Putin’s unscripted talks are nothing new, but in this year’s presentation, he set a new low for resorting to expressions characteristic of urban lumpen classes (Svoboda, October 28). A particular focus of his angst was focused on the rules of international behavior invented (but never formally established) by the treacherous West to ensure its dominance in the world order (Russiancouncil.ru, October 28).

A great power and unique civilization

Asserting emphatically that Russia is a great power and unique civilization, Putin condemned Western attempts to enforce such rules by resorting to illegitimate means from economic sanctions to “color revolutions” and claimed that Russia’s stance had broad support not only in the Global South but also in the anti-globalist West, which remained faithful to traditional values (The Insider, October 28).

This support may not entirely be a figment of Russian leader’s imagination, but his frustration is caused by the unwavering support of the allegedly decadent West for Ukraine’s resistance against and pushback of Russia’s “special military operation.”

A day before the Valdai conference, German President Frank-Walter Steinmeier, whom Putin had been inclined to count among potential appeasers, visited Kyiv, fled to a shelter during an air raid and confirmed that a peace deal with Putin would only result in more war (Novayagazeta.eu, October 26).

In truth, Germany has been the main target of Russian energy blackmail, and the Kremlin clings to the hope that a gas shortage during a cold winter would compel a political retreat in Berlin toward a more transactional Ostpolitik. Meanwhile, the Russian Defense Ministry tries to spin disinformation about the explosions on the Nord Stream pipelines, which were allegedly prepared and executed by a special detachment of the Royal Navy (Meduza, October 25; RBC, October 29). Such blatant manipulations only increase inclinations in Germany and the European Union for appropriating frozen Russian financial assets to fund the reconstruction of the Ukrainian economy, much to the chagrin of Moscow’s bankers (Kommersant, October 28).

One major source of Putin’s frustration has been the lukewarm support from China for his “special military operation,” while he has unreservedly backed Beijing’s position on Taiwan (Izvestiya, October 28).

In the Valdai presentation, the Russian leader went to great length in praising the Russian-Chinese strategic partnership and his friendship with President Xi Jinping and found it necessary to clarify that he did not inform the Chinese leader regarding the Kremlin’s decision to launch the “special military operation” while visiting Beijing in early February 2022 (RIA Novosti, October 27).

Moscow commentators keenly followed the proceedings of the 20th National  Congress of the Chinese Communist Party, searching for any sign of intentions to upgrade China’s partnership with Russia — but found none (Nezavisimaya gazeta, October 26).

The consolidation of Xi’s control over policymaking and the elimination of all dissenting factions from the party leadership (as symbolized by the brazen eviction of Hu Jintao from the closing session of the Congress) generally fit with Putin’s perceptions on power vertical (Forbes.ru, October 25).

Xi’s apparent readiness to sacrifice economic growth for tighter central control over the vast state also resembles the shift in Putin’s priorities since 2012, and if economists worry about the prospects of trade relations, security analysts have to anticipate that a stagnant China might show more propensity for aggression than the dynamic China of the recent past (The Bell, October 22).

One theme in Putin’s discourse where his frustrations did not translate into harsher words was on nuclear brinkmanship, which was clearly toned down in the Valdai presentation, and it is quite possible that China influenced this rhetorical de-escalation (Svoboda, October 28).

Before Valdai, Putin instructed Russian Defense Minister Sergei Shoigu to make a series of calls to his counterparts across the world with a warning about Ukraine’s preparations for a “dirty bomb” provocation, and while Western ministers firmly rejected this insinuation, China probably was not inclined to buy it either (Izvestiya, October 27).

… even “patriotic” commentators were not impressed with the show of force …

Just a week earlier, Putin had supervised the regular Grom-2022 exercises for strategic forces, similar in scope to those conducted in early February 2022, but even “patriotic” commentators were not impressed with the show of force, in which not one modern weapon system (such as the Borei-class strategic submarine) was involved (Svobodnaya Pressa, October 27).

Moscow’s recent threat to shoot down commercial satellites supplying intelligence data to Ukraine received a duly resolute US response and not a hint of support from Beijing, thus possibly explaining why Putin opted not to elaborate on space-related matters (Nezavisimaya gazeta, October 27).

The war’s outcome and its fate for Russia will most critically be decided by Ukraine’s defiance and resolve, but words still matter, and Putin’s recycling of myths and slogans proved false by the eight months of hard fighting brings Russia a step closer to defeat. The Russian leader may claim that his mobilization has popular support and yields fresh cohorts of trained warriors, but everyone—from the top brass to the families of drafted soldiers—knows that the Russian army is in shambles. He keeps declaring himself a champion of the struggle to destroy the unjust US-dominated world order, but the crowd of former admirers has dispersed to sit on various fences and watch his labored fiasco. The nagging question looming over this year’s tired Valdai show is plain: Certainly, this was the last?