Global governance was tested at the G20 summit in Bali, Indonesia on November 15-16 by the urgent need to produce responses to many problems – from food insecurity to natural disasters caused by climate change – and the outcome could be marked as satisfactory. 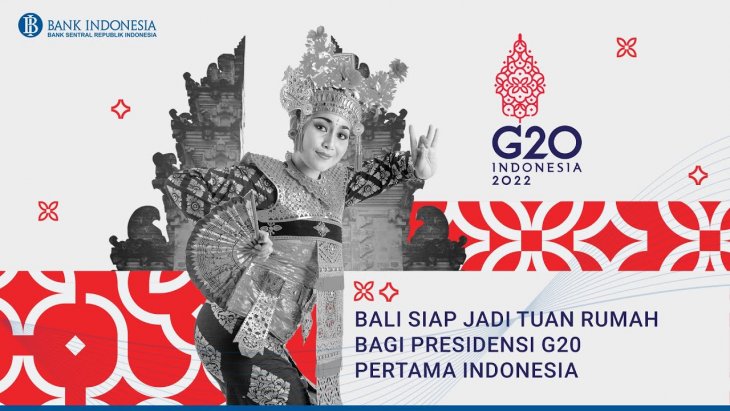 Multiple divisions were negotiated by 16 state leaders, three foreign ministers, two leaders of the European Union and ten invited guests with various success, but no embarrassing failures were registered.

The war in Ukraine

The most demanding and also the most divisive of the agenda items was the war in Ukraine, and the joint statement asserts that most participants strongly condemned the Russian aggression, while noting that there were “other views”.

The dissenting views remained unspecified, but they can be deduced from the fact that China in the UN General Assembly voted against the recent resolution compelling Russia to pay reparation to Ukraine (as did 12 other states, and certainly Russia), while Brazil, India, Indonesia, Pakistan, Saudi Arabi, and South Africa abstained (the resolution passed with 94 votes for and 73 abstentions).

President Vladimir Putin announced his decision not to travel to Bali at the last decently possible moment, but facing severe criticism from the majority of the elite club and only lukewarm support from others was never an appealing prospect.

Ukraine’s President Volodymyr Zelensky in his virtual presentation addressed the summit as G19, and this deliberate slight highlights the plain fact that Russia is the central part of the war problem, but refuses to indicate any readiness for becoming a part of the solution.

Moscow sticks to the absurdly maximalist goals in its discourse on the rationale for the brutal war (which is still officially defined as a “special military operation”), and the massive missile strike on the Ukrainian energy infrastructure timed to the summit session devoted to deliberations on bringing the war to an end, proved that bona fide peace negotiations would become possible only after the Russian leadership would begin to internalize the defeat.

The withdrawal from Kherson has set a key landmark on the road to this defeat, and Putin was understandably reluctant to meet his international peers with this heavy setback in his luggage. He could have also suspected that leaving Moscow when the shock of this pre-determined military disaster was still fresh was rather too risky.

It was left to the top brass to explain to the Russian public the necessity of this “difficult decision”, but nobody is in doubt where the responsibility for keeping the Russian grouping that long in the strategic trap on the west side of the River Dnipro ultimately lays. The obvious idea was spelled by Aleksandr Dugin, an ultra-conservative proponent of eschatological Eurasianism, who suggested that an autocrat responsible for endangering and failing to protect Russia’s territorial integrity became useless and expendable. Few among the Russian elites share Dugin’s vision of an approaching Armageddon, but the series of painful defeats makes it impossible for Putin to trust the loyalty of even the closest courtiers.

The “friendship without limits”

Neither can Putin count on the “friendship without limits”, which he has carefully cultivated with Chinese President Xi Jinping, who is clearly disappointed in Russia’s miscalculated decision to make the war with Ukraine – and in its failure to bring it to a satisfactory conclusion.

The Kremlin has learned that Beijing will provide some propaganda-political backing for its war-making, but no material support is forthcoming, so the hopes are pinned on the steady or, even better, sharp rise of tensions in the China-US competition, so that Russia would become a more valuable ally to its mighty neighbor. The meeting between Xi Jinping and Joe Biden in Bali was a hard blow to such hopes, as the two leaders agreed in the course of three hours long conversation to manage the disagreements carefully and avoid unnecessary quarrels.

Putin’s presence in the background

… his no-show revealed rather than concealed Russia’s irrelevance for most other important discussions in the G20 format.

Putin’s presence in the background of this pivotal conversation could have been awkward, but his no-show revealed rather than concealed Russia’s irrelevance for most other important discussions in the G20 format.

Food insecurity is a theme of great concern for the Global South, and Russia’s only contribution is to prolong the “grain deal”, from which Putin would gladly withdraw because the Ukrainian export of wheat and corn annoy him, but Turkey and the UN act as resolute guarantors.

Nuclear non-proliferation is another topic of concern, and Russia’s expanding military ties with Iran seriously aggravate the problems pertaining to Tehran’s nuclear program.

Overall, Moscow’s pronounced course on dismantling the world order, decried as unfair and neo-colonial, may find some support in various radical political fringes, but cannot answer aspirations of responsible stake-holders. World order is constantly evolving under pressure of various crises, and at this G20 summit it was reinforced against the challenge of violent disorder unleashed by Putin’s Russia.