The 2022 World Cup has been dominating global news, and no one is missing the Russian team among the 32 participating nations, unlike, for instance, Italy or Egypt. Neither has Moscow said anything regarding the controversies surrounding this paramount sporting event in Qatar (Novayagazeta,eu, November 25). 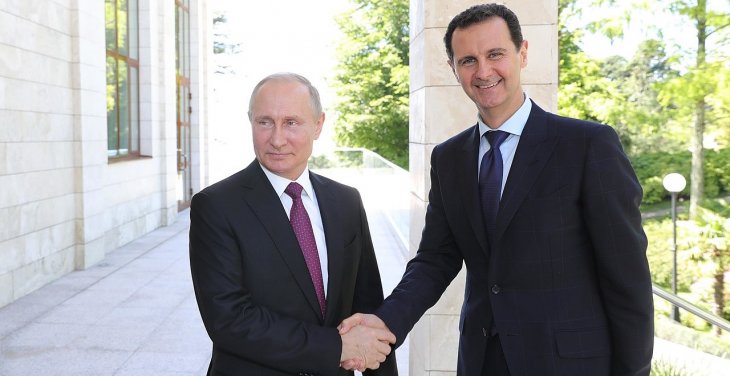 This absence from a major global event is increasingly characteristic for Russia, which continues to position itself as a key world influencer but has had nothing to contribute, as of late, to the high-intensity debates at the recent United Nations Climate Change Conference (COP27) in Sharm el-Sheikh, Egypt (Forbes.ru, November 11).

Inability to deliver a meaningful impact

In this light, it is in the wider Middle East that the Kremlin’s inability to deliver a meaningful impact has been particularly apparent, contrasting with Moscow’s ambitions to fill the perceived “vacuum” left by the gradual reduction of the United States’ role in managing multiple overlapping conflicts. Manipulating these conflicts used to be Russia’s forte, but presently, it can muster neither the resources nor the political capital critical for playing this game.

Syria still remains the main exhibit of Russia’s capacity for projecting power overseas, but this bulwark is now badly undersupplied, and while the Kremlin denies any reduction in its grouping of forces there, the last reported air strike from the Russian side happened in mid-October 2022 (Syria.mil.ru, October 16). As such, Turkey has now taken the initiative in controlling the conflict in Syria, and Russian President Vladimir Putin had made painstaking efforts to dissuade Turkish President Recep Tayyip Erdogan from launching yet another offensive operation.

However, the recent terrorist attack in Istanbul on November 13 has brought this invasion into even sharper focus for Ankara (Russiancouncil.ru, November 24). Erdogan holds Russia responsible for failing to discipline the Kurdish forces, and Putin, in his latest phone conversation with the Turkish leader on November 18, was apparently too preoccupied with the developments around Ukraine to mention Syria (Nezavisimoe voennoe obozrenie, November 24). As a result, Russian Defense Minister Sergei Shoigu was informed by his Turkish counterpart Hulusi Akar that Ankara could negotiate with Damascus only after it completed those military measures it deemed necessary (RIA Novosti, November 24). Moscow may have little concern about the plight of the Kurds, but it is worried that the forthcoming Turkish offensive would expose the weakness of its military positions (Izvestiya, November 22; Kommersant, November 24).

This weakness has been aggravated by the much-reduced flow of supplies from Russia to the Syrian army, which is only part of the larger problem: Moscow can no longer rely on the export of arms for expanding its influence in the Middle East. Putin claims that, despite the imperative to prioritize domestic needs, Russia has delivered on all arms contracts and earned near $8 billion from these exports in 2022 (RBC, November 26). While this data cannot be verified as of now, it would constitute a 40-percent decline from 2021, and potential regional customers, including Saudi Arabia and the United Arab Emirates (which Russian Foreign Minister Sergey Lavrov visited in early November 2022), cannot trust Russia to be a reliable supplier, nor the Russian-supplied weapon systems to perform as advertised (Kommersant, November 4; Finam.ru, August 15). Indeed, military ties with Russia are increasingly perceived as a liability by the Middle Eastern states, even if Algeria has opted to proceed with symbolic joint anti-terrorist exercises (EurAsia Daily, November 21).

Instead of exports, Moscow now needs to find partners that can circumvent Western sanctions and sell Russian weapons and ammunition. For this, Iran is at the top of the extremely short list, ahead of North Korea. Swarm attacks by Iranian Shahed-136 drones took Ukrainian air defense by surprise in mid-October 2022, but as the methods for shooting down these noisy and slow-moving targets improved, the numbers of drones used in the airstrikes of late November have decreased to only about a dozen per day (Krym.realii.com, November 20).

Tehran still officially denies the delivery of these drones, which probably amounted to a few hundred rather than the thousands needed for a sustained air war, and Ukraine reported counterstrikes on drone bases with Iranian instructors among the casualties (Current Time, November 24).

Saudi Arabia is another country that is deeply worried about the clandestine expansion of Russian-Iranian military cooperation, as it has been on the receiving end of similar drone attacks and is concerned that the US is too preoccupied with the war against Ukraine, as well as its wider confrontation with China, which may diminish Washington’s commitment to deterring Iran (Izvestiya, November 3).

Moscow cannot count on any goodwill in Riyadh …

Moscow cannot count on any goodwill in Riyadh but hopes that sour personal chemistry between US President Joe Biden and Saudi Crown Prince Mohammed bin Salman will motivate Saudi Arabia to stick to the oil production cuts agreed to in the OPEC+ format (Organization of the Petroleum Exporting Countries; while not a formal member of OPEC, the “OPEC+” arrangement includes Russia) (Oilcapital.ru, November 8). Nevertheless the price of oil continues to drop and the tightening of European Union sanctions against Russian oil imports has made it necessary for Moscow to accept deeper discounts for its energy exports to India (Kommersant, November 22; The Moscow Times, November 25). These price fluctuations make it even more difficult for the US and the EU to set a meaningful price ceiling for exported Russian oil, but the Kremlin keeps vehemently objecting to such measure as a matter of principle (RBC, November 24).

Conflicts in the Middle East are not taking a break for the World Cup, even if Saudi Arabia and Iran have scored impressive victories, which have boosted national vanity in the former and added new energy to the public protests in the latter. Russia, however, can only pretend that the sharp political crisis in Iran — which reverberates dangerously in Iraq, Turkey and Syria — is not happening.

Moscow has nothing to say about the new wave of terrorist attacks in Israel and nothing to contribute to the multilateral diplomatic efforts aimed at facilitating the upcoming parliamentary and presidential elections in Libya.

Russian companies used to be active players in the off-shore gas projects in the Eastern Mediterranean but are now absent from the evolving intrigues there. Key regional powers, such as Egypt and Saudi Arabia, have preferred to keep a safe political distance from the Ukraine war, and this neutrality increasingly takes into account Russia’s badly damaged reputation and the fast depletion of its economic and military resources due to its stupendously miscalculated war.