Combat operations in Ukraine have largely contracted to a 10-mile battleground between Bakhmut and Soledar. During this fierce fighting, the command structure of Russia’s “special military operation” was suddenly upgraded on January 11. 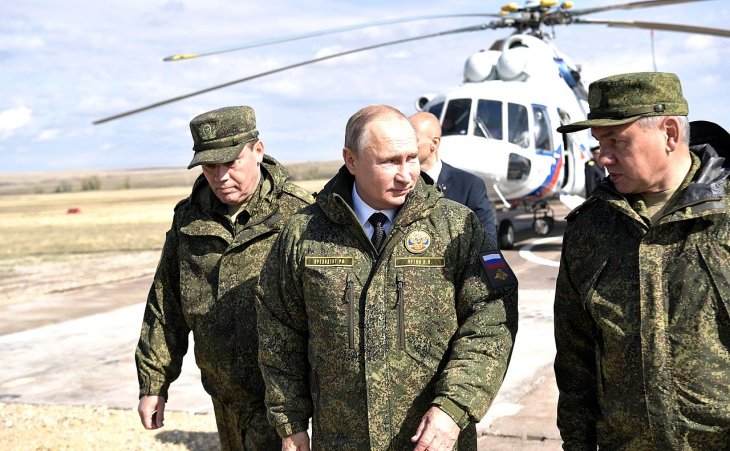 General Valery Gerasimov, the chief of the Russian General Staff, is now in charge, and the previous commander, General Sergey Surovikin, has become subordinate to Gerasimov as one of his three deputies (Izvestiya, January 12).

The logic of this reshuffle was not immediately clear, as Surovikin, appointed in early October 2022, when the Russian grouping positioned on the right bank (western side) of the Dnipro River became desperate, was broadly perceived as a competent commander and had been praised rather than blamed for the retreat from Kherson (Svobodnaya pressa, January 3).

In his new position, Gerasimov is supposed to organize and lead a new large-scale offensive operation, but the chances for success in this are rather slim, while the broader political context of his appointment could signify Russia’s more determined mobilization for the war (Nezavisimaya gazeta, January 11).

In the camp of Russian war-makers, the new authority assigned to Gerasimov marks a setback for Yevgeny Prigozhin, master of the Wagner mercenaries, who has sought to boost his political profile by claiming credit for the capture of Soledar (Republic.ru, January 12).

For the first time, the Russian Defense Ministry acknowledged the role of Wagner troops in the battle surrounding Bakhmut but clarified that the main tasks were being performed by the airborne battalions supported by tactical aviation strikes (Meduza, January 13).

This was hardly a consolation for Prigozhin, who directed personal attacks against Gerasimov through a noisy gang of “military-patriotic” bloggers (Topwar.ru, January 11). Such previous attacks, to which Ramzan Kadyrov, the brutal ruler of Chechnya, contributed his scorn, was focused on General Aleksandr Lapin, who was indeed relieved of his command but was recently appointed to chief of staff of Russia’s ground forces (Svaboda, January 11).

While Kadyrov foresaw a change in the political winds and quietly disappeared from the virtual Ukrainian theater to his home turf, Prigozhin has continued his assaults on the top brass, which, in response, have duly closed ranks and re-asserted their control over crafting strategy (Fontanka.ru, January 12).

His recruitment campaign among the prison population has generated plenty of negative publicity, and the volume of casualties among the Wagner units in the battles for Bakhmut and Soledar is so high that rebuilding a combat-capable force from these “dirty hundreds” might be a worthless task (Current Time, January 13). Overall, Russian President Vladimir Putin excels at playing on tensions between his subordinates, but he has recognized Prigozhin as a liability and has attempted to promptly cut him down to size (Svaboda, January 12).

Putin closer to the war

Granting heavier burden to Gerasimov, Putin has also shortened the distance between himself and the war, implicitly taking greater responsibility for assuring that the strategic initiative remains with Russia (Moskovsky komsomolets, January 12). His cadre reshuffling (announced by Defense Minister Sergei Shoigu) has helped shift attention away from the devastating Ukrainian strike on the barracks in Makiivka and the fake Russian retaliation on Kramatorsk (The Insider, January 9).

It has also covered up the diminishing effectiveness of Russian missile strikes on Ukrainian energy infrastructure — for which Surovikin, as the commander of the aerospace forces, remains responsible — even before the deployment of the MIM-104 Patriot surface-to-air missile systems by Ukraine (Kommersant, January 11). This camouflage can, however, hold only until the meeting of the Ramstein group of arms suppliers to Ukraine on January 20, where a decision on granting a large number of Leopard-2 main battle tanks is due to be taken, much to the anxiety of Russian military experts (Nezavisimaya gazeta, January 10; Svobodnaya pressa, January 13).

Putin’s greater involvement in commanding the “special military operation” is reflected in the frequency of his visits to various headquarters, for instance to the Southern Military District on December 31, 2022, and even in the visual style of his New Year’s address before a group of uniformed “heroes” (Carnegie Politika, January 13).

Headaches of the rich

This demonstrative militarization determines fast reduction of many features of “normal life,” which, until recently, the Kremlin had tried to cultivate at home, including the freedom to travel abroad. Demands in the Russian State Duma for confiscating the property of “traitors,” who escaped from Russia during 2022, are amplified to prevent a new rush across the borders when the next round of mobilization is inevitably announced (Rossiiskaya gazeta, January 13).

The curtailing of “normalcy” also brings sharp reprimands to those low-level officials who opted to spend holidays in warmer climates (Kommersant, January 10). Children of the top elite are certainly exempted from this enforcement of “patriotism”, as Shoigu’s daughter enjoyed the holiday season in a luxury hotel in Dubai (The Insider, January 11).

Worries are spreading in the Russian business community regarding possible confiscation of profits and assets under the guise of “fundraising for victory” (The Bell, January 15). Putin’s legislative proposal on withdrawing from the European Criminal Law Convention on Corruption cannot dispel these worries, not least because most channels for “evacuating” the fortunes gained by rampant corruption to various “safe havens” are increasingly being blocked by Western sanctions (Forbes.ru, January 12).

These headaches of the rich are foreign for the vast majority of Russians, who have to reconcile with the reality of further contraction of incomes in the war-time economy (RBC, January 12). The mood in Russian society is turning gloomier as the prospect of a swift end to the incomprehensible war is disappearing and the illusion of normal life amid it is crudely being dispelled (The Moscow Times, January 9).

Switching to a more war-time footing, Putin must grant more authority to the top brass, because only they can deliver a meaningful victory while the rabble of Wagner mercenaries is being wasted in waves of attacks on desolate Soledar.

While Putin remains blinded by his scorn of Ukraine and his disdain for the West, the field commanders and General Staff planners are beginning to learn from their mistakes and are developing respect for the enemy, which is gaining in competence and confidence.

Reckoning with the reality of the poorly waged war, Russia finds few sources of strength for a proper mobilization but plenty of causes for demoralization, disarray and defeat.