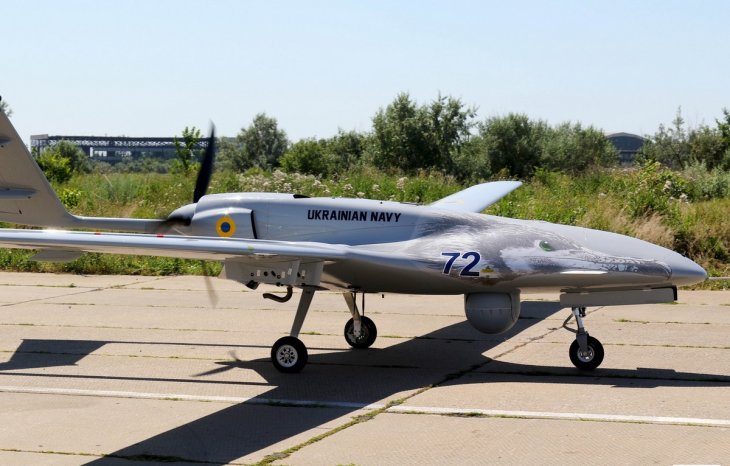 Russian stubborn and costly attacks on Bakhmut may yield only tactical success, but in geo-strategic terms, it is the shift in Western positions on supplying heavy arms to Ukraine that signifies the most significant development in the war since the start of 2023.

The initiative came from Paris, as President Emmanuel Macron announced the decision to provide the AMX-10RC wheeled reconnaissance vehicle, which he described as “light tank”. The follow-up was the coordinated decision by US President Joe Biden and German Chancellor Olav Scholz to grant Ukraine infantry fighting vehicles M2 Bradley and Marder-1, respectively. The UK is uncharacteristically absent from this initiative, but it is reportedly contemplating the decision on the heaviest type of weapons – the Challenger-2 main battle tank.

Altering judgements on the course of the war

The importance of these decisions is not in changing the balance of forces on the battlefield, but in altering political judgements on the course of the war in the coming months.

In the trench warfare dominated by artillery, lightly armored vehicles are not particularly useful, and the arrival of three different types of such tanks-lite is certain to create problems with supply chains and maintenance. But on the political plateau, the hard question that is hanging over every Western choice for providing a new type of weapons for Ukraine is – How will Moscow respond?

The concern about triggering a further escalation of the destructive war has been evident in key Western capitals since its beginning a year ago, when the proposition for enforcing a no-fly-zone was debated – and rejected.

Several other decisions were carefully measured and approved, and perhaps the most impactful among them was the US delivery of M142 HIMARS high-precision multiple rocket launchers, which targeted the bridges across the River Dnipro and compelled the Russian command to execute the withdrawal from the Kherson region. The option that had been long-debated was the supply of MIM-104 Patriot surface-to-air missile system, and the escalation of Russian missile strikes on the Ukrainian energy infrastructure convinced the Biden administration in the urgent need for building such defense around Kyiv. Worries about Russian responses evaporated when President Vladimir Putin declared that Russian missiles would easily “knock down” the batteries of old and ineffectual Patriots, so Germany had few doubts about sending its own missiles of this type to Ukraine.

In fact, the upgraded air defense system built around the Patriot missiles can effectively intercept Russian cruise missiles, even of newer types, while Russia’s ability to deliver massive attacks will be increasingly diminished by the limited production. The dilemma of expending expensive missiles for intercepting cheap drones imported from Iran will also go away as Ukraine deploy better-equipped teams of drone-hunters, which can cover all vulnerable directions. Russian strategy of air war against Ukraine is set to fail, and the top brass are perfectly aware of this prospect, but they cannot invent any combination of effective counter-measures.

Russia’s inability to produce punishing responses to accumulating military and political setbacks was exposed in the early December, when Ukraine delivered long-distance strikes on two airbases (Dyagilevo and Engels), which hosted long-range bombers. The noisy gang of military-patriotic bloggers demanded a devastating retaliation for this first-ever attack on Russia’s strategic assets, but nothing of any import ensued, so Engels was hit the second time in late December.

Unsurprisingly, after much messaging regarding the consequences of the deployment of Patriot missiles, Moscow opted to shrug the matter off, and the in the similar way, the decision on delivering Marder IFVs and other light armor is ignored. Russian leadership tried to make a big show out of sending the Admiral Gorshkov frigate armed with new Tsirkon hypersonic missiles, but even the jingoist commentators are skeptical about this cruise.

This pattern of feeble reaction is increasingly embarrassing for Moscow because every new step forward in providing arms for Ukraine is typically accompanied by loud debates in Berlin, Paris or Washington DC. It is in fact, much easier for the Kremlin to ignore the expanding military cooperation between Ukraine and Turkey, which started with the now-famous TB2 Bayraktar drones and now includes even cluster artillery munitions, because Ankara as well as Kyiv are careful not to advertise it with great fanfare.

The pressure to do something is building up in Moscow, and the attempt to fake a response, as the Defense Ministry attempted with the alleged missile hit on Kramatorsk after the Ukrainian devastating strike on Makiivka only make the matters worse.

The next decision currently in the making in the Western coalition is about arming the Ukrainian forces with Leopard 2 main battle tanks, and Moscow most probably will opt again for pretending that its advanced anti-tank weapon systems would easily neutralize this threat. The big difference with this prospect is that several hundred of these tanks – rather than a few dozen of IFVs – could be delivered.

This new capability will not only deny Russia any chance for launching a new offensive in the spring but would also grant Ukraine a serious opportunity for executing a new breakthrough, perhaps in the direction of Melitopol, that might amount to a decisive turn in the course of the war. The success of such operation would depend upon the one after next decision in Washington DC – on supplying Ukraine with the MGM-140 ATACMS missiles that could hit Russian logistical hubs and command centers to the depth of 300 km.

Russian forces have no defense against such strikes and no similar capabilities, and the only way it could respond is to begin preparations – rather than usual empty threats – for using non-strategic nuclear weapons. This would signify a long and risky leap on the proverbial ladder of escalation, and the combination of Western deterrence and Chinese dissuasion can effectively discourage President Putin from such irresponsible strategic acrobatics.