A particularly interesting and puzzling corner of the War on Ebola imaginary is inhabited by the triad consisting of Ebola, humanitarian governance, and unmanned technology, drones more precisely. Out of this triad has emerged what will here be called ´the Ebola Drone`. The Ebola Drone has materialized from a confluence of ideas about the relationship between diseases and (inter)national security; the means and ends of effective aid delivery; and the potentiality of drones to «be good». 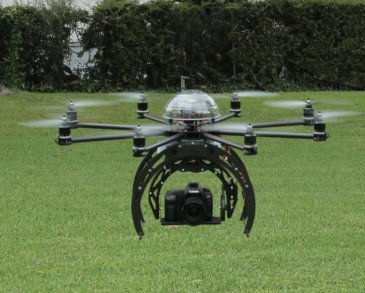 The Ebola Drone is imagined to be able to do many things, including seeing, sensing and shooting Ebola infected individuals to protect Western Health Workers participating in the War on Ebola. At the same time the Ebola Drone is a reflection of the efforts made by the drone industry and the drone DIY movements to reshape the public notion of drones as spy or killer drones: the Ebola Drone is designated as a humanitarian drone; it can carry medication and other aid where health workers cannot go, due to “insecurity” or bad roads. This latter idea is not coincidentally also feeding into the current private sector frenzy to identify and promote credible and publically acceptable usages of small cargo-carrying drones.

Read more at Mats Utas’ blog, where the entire posting was made 2 December 2014.