Drones have played a very important, multidimensional role since the beginning of the current iteration of the war in Ukraine.

This importance mirrors what happens in modern conflict all over the world: both in more conventional conflict and in other insurgency / counter-insurgency settings, drones have become a central part of the way contemporary war is fought. 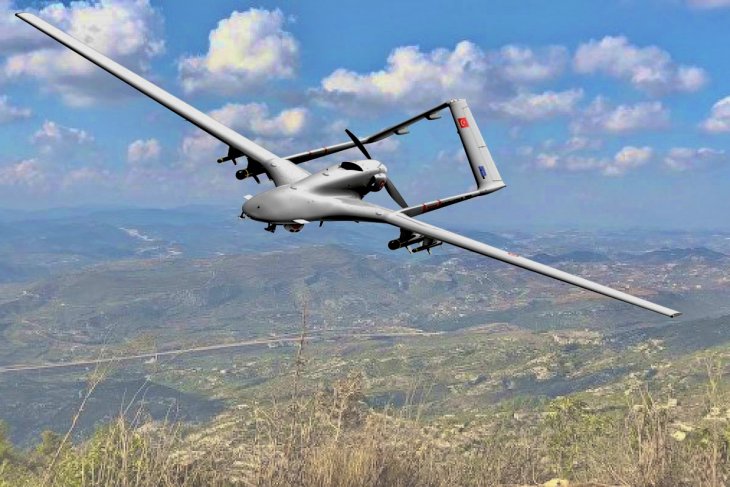 In the Ukraine, both Ukrainian and Russian forces have used these vehicles to perform their two main traditional tasks: ISR missions (i.e. intelligence, surveillance and reconnaissance), and as platforms that are armed with different types of projectiles, from smaller bullets to more advanced missiles.

In this latter category of armed drones, loitering munitions have received particular attention; these are “kamikaze” drones that can be small enough to be carried in a backpack (but also much bigger), can hover a target for some time providing live video-feed to its operator, and when a decision to shoot is made, the drone itself crashes / explodes against the target, destroying itself and the target, replicating the modus operandi of the suicidal Japanese fighter pilots in the Pacific battles in the last stages of the Second World War.

Which drones? And where do they come from?

Knowing which drones are used by whom is important to assess the wider implications at stake. According to open-source intelligence and information from officials in different countries, Ukraine uses mostly Bayraktar drones of Turkish origin, particularly its TB2 model.

Ukrainian drone pilots are already familiarized with the technology…

The first units of these drones arrived in Kiev already in 2019 – indeed the current phase of the conflict, initiated with the Russian invasion of the Ukraine in February 2022, can be interpreted as a continuation of a war that had started in 2014 when Russia occupied the Ukrainian territory of Crimea. Since then, a conflict has persisted in some areas of the Ukrainian territory, and drones have been used since before February 2022. This also means that, today, Ukrainian drone pilots are already familiarized with the technology and this contributes to the many operational successes documented over the last two months.

The Turkish Bayraktar drones use some Ukrainian components, namely engines (Ukrainian engines are also used in other Turkish military equipment, such as helicopters). This circumstance helps explaining why Turkish material is being sent to Ukraine, and not Russia. Turkey’s military industry has a vested interest in a Ukrainian success as an outcome of the war, and indeed it uses arms sales as a foreign policy instrument – like any other country.

In the domain of loitering munitions (or kamikaze drones), Ukraine has received about a 1000 US-made Switchblade drones and about 120 Phoenix Ghost, also from the US. These models are part of the different US packages of military aid being sent to Kiev over the last weeks, which also include other drones for ISR tasks.

As for Russia, it has used Orlan-10, Eleron-3, Eniks, ZALA, and Tachion models for ISR missions, as well as Kronshtadt Orion models and Forpost-R as armed drones. The latter model has Israeli origin. Russia also uses kamikaze drones, namely the KUB model.

It is important to bear in mind that small, commercial, off-the-shelf drones are also used by both sides to perform ISR missions. These are drones that can easily be bought online or in physical shops by anyone all over the over world. Here, the Chinese-made DJI models are the most popular ones. They embed the democratization of access to drone technology and, due to their low price and easiness of use, are relevant devices even in conflict scenarios.

Ukraine has used [drones] as a key vector in its narrative of resistance.

Even though drones have been used by both sides of the war, it is quite clear that Ukraine has used them as a key vector in its narrative of resistance. Their drone strikes on Russian targets are receiving substantial attention in social media and are shared widely by Ukrainian forces, often with a soundtrack of house music or other festive sounds. A popular song dedicated to the Bayraktar drone model, with tales of the war, is widely popular due to its incisive verses such as the following (in an English translation):

The occupiers came to us in Ukraine,
With the brand new uniform, military vehicles,
But their inventory melted a bit,
Bayraktar… Bayraktar…

The Kremlin freak is conducting propaganda,
The people swallow the words (of the propaganda)
Now their tzar knows a new word
Bayraktar… Bayraktar

For more than a decade, the impact of drones in popular culture, from movies to series and novels, has been widely studied. The current war in Ukraine offers plenty of material to advance this multidisciplinary topic. Drones have enabled the Ukrainian army to portray itself not only as a resilient force, but also as one that employs cutting-edge technology which is being used to resist a bigger power. They provide elements to construct a narrative of success vs failure, technology vs obsolescence, novelty and modernity vs an old, decrepit past.

This narrative carries psychological weight and has been important for the Ukraine to mobilize international support, part of which has been mediated through the armament they need to continue resisting.

The engines for the TB-2 are not sourced from Ukraine. They are mostly from an Austrian firm, Rotax, now owned by Canada’s Bombardier group. Ukraine does supply engines to the Akinci, the much larger successor to the TB-3. Ukraine will indeed provide engines for the Atak II heavy attack helicopter but that is still in its initial stages. Also, important to note that Turkey’s support to Ukraine us not simply transactional but also geopolitical. Turkey has no interest in the Black Sea turning into a Russian lake. Ukraine helps as a counterweight to Russian power and ambitions.