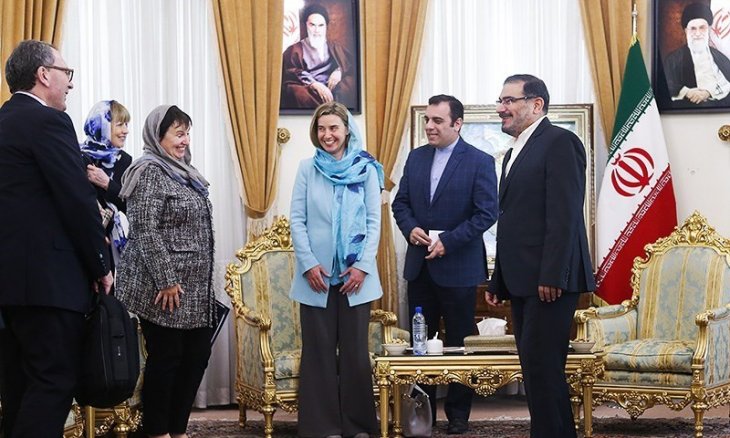 In intrastate conflicts, leaders are protective of their sovereignty and sensitive to outside meddling in what is seen as internal affairs. These are especially difficult cases, in terms of creating entry points for peace mediation. These questions are interesting and important in general. Within mediation research, explaining how mediators enter into armed conflict is its own thrilling field of research.

This question is particularly visible in light of the Swedish government’s new initiative to strengthen Sweden’s ability to contribute to inclusive dialogue and negotiation initiatives.

A key component of this initiative is the plan to increase the number of female mediators in peace processes. The government is trying, among other means, to achieve this by creating a network of female mediators. In addition, Sweden is part of the network of Nordic Women Mediators, a network of women from the Nordic countries with professional mediation and negotiations experience.

If Sweden wants to contribute to increasing the number of female mediators, a key question is how mediators are appointed.

In connection with a seminar about Nordic mediation experiences organized by the Folke Bernadotte Academy in early 2017, this important issue was raised and put on the agenda of the Head of the Conflict Prevention Programme Chris Coulter and research manager Mimmi Söderberg Kovacs.

What do we really know about how people are selected or appointed to become mediators in conflicts in foreign countries?

So what do we really know about how people are selected or appointed to become mediators in conflicts in foreign countries? If the starting point is experiences of Nordic mediation, we can distinguish four ways in which a Nordic mediator is appointed. Professor Peter Wallensteen and I have described these processes in detail in the recently published book Fredens diplomater: Nordisk medling från Bernadotte till Ahtisaari [Peace Diplomats: Nordic Mediation from Bernadotte to Ahtisaari].

Let’s have a look at these four different ways in which diplomats, particularly from Sweden, Norway and Finland, have come to fill the role of trying to get parties in a conflict to lay down their weapons, engage in dialogue and resolve their divisive issues.

The first, and perhaps most typical way, is for mediators to be appointed by international organizations such as the UN, the OSCE and the EU. One of the first UN mediators (and the only one who has actually held the title of “Mediator”) was Folke Bernadotte, who was appointed to try to resolve the crisis between the newly established Israel and its Arab neighbors.

When an ongoing border dispute between Cambodia and Thailand worsened in 1958-1959, the UN Secretary-General Dag Hammarskjöld appointed a personal representative, his countryman Johan Beck-Friis, who used his diplomatic skills to persuade the parties to control the conflict without military force.

Subsequently, a number of Nordic mediators have been appointed within the framework of the UN system, such as Olof Palme in the Iran-Iraq conflict, Martti Ahtisaari in the Kosovo conflict, and Staffan de Mistura in the Syrian civil war.

One should note that in order to actually be appointed, mediators need to have made a name for themselves with previous efforts. When the top diplomat Jan Eliasson was commissioned to lead the talks between Iran and Iraq at the war’s end, his prior efforts with Palme’s mediation in the early 1980s were crucial.Similarly, when Ahtisaari was assigned to the Kosovo mediation, the decision was based on his previous mediation experience.

The demand for Norwegian operations grew substantially after the Oslo Channel became known, the channel that created the dialogue between Israelis and Palestinians that led to the historic Oslo Accords in 1993. Such missions thus pave the way for new assignments.

Another route, also within the framework of international organizations, is rotating presidencies. This applies to the EU, the OSCE, and the UN Security Council. When one of the Nordic countries takes its “turn” to temporarily take over a presidency, this has created openings and opportunities to promote Nordic peace mediation.

Nordic leadership of major intergovernmental organizations, opens up for leading new initiatives or revitalizing old mediation efforts on the behalf of the organization. Nordic countries have, for example, gotten involved in the Nagorno-Karabakh conflict in the Caucasus. During its presidency of the EU, Sweden tried, under Göran Persson, to open up a channel for dialogue between South and North Korea.

The issue of female mediators is thus intimately linked with the role of female diplomats engaging in missions in international organizations more broadly.

A third entry point can be created in a completely different way, namely through civil society organizations. In Norway, this is called the ‘Norwegian model.’

In these cases, the initiative does not come from an external actor (such as an organization depositing a mediator into a conflict), but rather from within the conflict itself.

Norway in particular has in multiple instances utilized close contact with Norwegian non-governmental organizations to create entry points that have later developed into mediation processes. Among others, church- and trade union-based NGOs have provided such opportunities. Examples are the Norwegian efforts in Israel – Palestine, Sri Lanka and Sudan. Through long-term NGO-based bilateral assistance or other cooperation, trusting relationships have slowly been built, providing confidence and access which can be utilized when a conflict arises. Such openings are particularly interesting because women often fill prominent roles within various civil society organizations.

Finally, there is also a fourth path that can be distinguished. Mediation may occur by coincidence or by the creative efforts of individuals who find themselves in a useful timing and position.

The Finnish businessman Juha Christensen was fascinated by the culture and language of the Indonesian Aceh region, and over a multi-year commitment he managed to create openings and contacts with key people on both sides of the conflict: both the rebel group GAM – which then had its headquarters in an apartment in the Stockholm suburb of Norsborg – and influential representatives of the Indonesian government. It was through his auspices that an opening for Ahtisaari was created: an opportunity that he skillfully capitalized on and thereby paved the way for the peace agreement in Aceh in 2005.

Long-term commitment to increasing the proportion of female mediators

What will be the implications of the Swedish government’s stated ambition to increase the number of female mediators?

To build the foundation for strategies for the future, we need to know more about the empirical processes related to mediator entry into conflicts. Mediation takes place within a broad international context of interwoven relationships and networks, and these may be crucial to who will be appointed as mediator in a specific case. There is thus the need for a long-term commitment of international organizations, and that these same organizations further enable women to actively take part. A strong and long-term cooperation with civil society organizations can also create a fertile ground from which fruitful initiatives for mediation efforts can emerge.

But peace diplomacy does largely and ultimately come down to a question of diplomatic skill and creativity. Individuals’ innovative actions can create new openings, and a culture that promotes innovation in the field of peace could be crucial.