In January 2016, Giulio Regeni, PhD candidate of Cambridge University studying labour movement in Egypt went missing in Cairo where he did his fieldwork.

His body was found a week later in a ditch near the city showing signs of torture and a slow death. His killers have not been found. His death has sent a ripple through academia, adding to growing concern among researchers and administrators about safety and security. 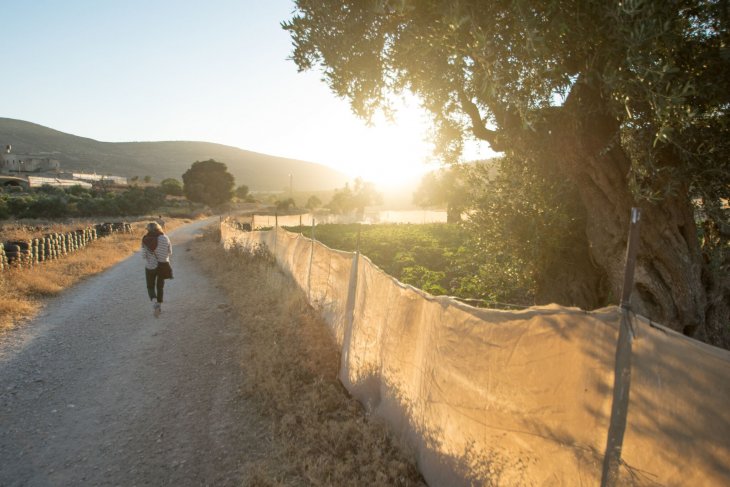 Until recently, there was little or no attention to issues of safety during fieldwork in hazardous, remote or complex environments

When conducting field-based research or fieldwork, researchers often operate within complex and dynamic social and political contexts, and derive their data from that environment.

Until recently, there was little or no attention to issues of safety during fieldwork in hazardous, remote or complex environments. Cases like Giulio Regeni are extreme and rare, but researchers can also encounter risks that are much more prevalent, including traffic accidents or sexual harassment. This is the case for researchers working in their home country as well as foreigners.

There are many services for safety and security for employers of NGOs or international companies, but few for researchers.

There are different reasons why field research stands out:

Field research thus always carries a degree of risk that may jeopardize security and affect the quality of the research. This places responsibilities on researchers with regard to the methodological and ethical choices they make.

For these reasons, a special manual with security guidelines for field researchers in complex, remote and hazardous places has recently been published. The manual will soon be available in French and Spanish as well. It outlines particular security considerations posed by field-based research, suggests a set of ethical guidelines for field-based research, and details how to conduct context analysis and risk assessment as well as how to plan and stay healthy during the course of field research.

The manual importantly emphasizes that it is meant for researchers operating both in volatile environments and in areas not considered particularly hazardous. Many hazards that are obvious in conflict situations also apply in apparently stable areas that may locally be very violent, or suddenly become so.

No one can know all the risks present in all circumstances – and this makes proper preparation and risk management planning all the more critical to the success of field-based research programme.

Security is not only the concern of the individual researcher. Universities and other institutes that employ researchers or commission research have a duty of care. They have the legal – and moral – obligation of reasonable care while performing any acts (like sending out students) that could foreseeably harm others. Now that security of research is increasingly in the news, university administrators may get into action and develop security policies. When these policies are designed by people unfamiliar with fieldwork and with the sole objectives of minimizing risks, they can become inappropriate.

In one British university, for example, there was a proposal to prohibit all research in Africa when Ebola broke out in the East of that vast continent. Some universities in the Netherlands proposed to prohibit research in all areas marked red by the Ministry of Foreign Affairs. Travel advice of a Ministry, however, is a rough guideline. It is unspecific for the types of risks and their geographical distribution. Moreover, it does not distinguish, for example, between travels of lone backpackers and well-embedded and well-prepared researchers. While negative travel advices are important to consider, they should not be taken as an absolute.

It is important for researchers to demand that their universities take the duty of care seriously. At the same time, researchers should be careful not to trigger these kinds of ungainly policies that will inhibit important research in areas of interest.

Universities and other research institutes should have a security and safety framework, with four elements:

Such a policy could stipulate that research in ‘red zones’ requires permission of an authority one level higher than would normally be required and is only given on the basis of a sound security plan.

Many researchers are not aware that when an insurance out-clauses geographical risk areas, this means that every risk is out-claused, not just the war-related risks. Even mundane risks like a car accident, or a medical transport because of a dangerous malaria attack, are not covered. Molest insurance is, therefore, a must.

3. A safety and security system

This system details protocols and responsibilities within the organization with regards to security preparation, training, and acting in case something goes wrong. This also concerns post-fieldwork follow-up, including debriefing and mental health care if required.

Without training, a set of guidelines are pretty useless

Without training, a set of guidelines are pretty useless. Every field researcher should have a basic training on security. Depending on the risk profile of the area where research is being planned, additional modules can be added on more extreme risks, such as kidnapping or forced evacuation.

Security training for researchers should also pay attention in data collection in different scenarios, including precautionary measures to protect research participants and data.

It is important for researchers to engage in the discussions in their institutes, and not to leave these to the administrators or human resource departments. Double messaging is always complicated, and we need to be sharp to make sure that our institutions take the duty of care seriously, without, however, overdoing it with zero risk tolerance, singular policies.