Some religious leaders use language which others use to justify terror. These leaders should instead take responsibility for teaching people how to critically interpret religious texts. 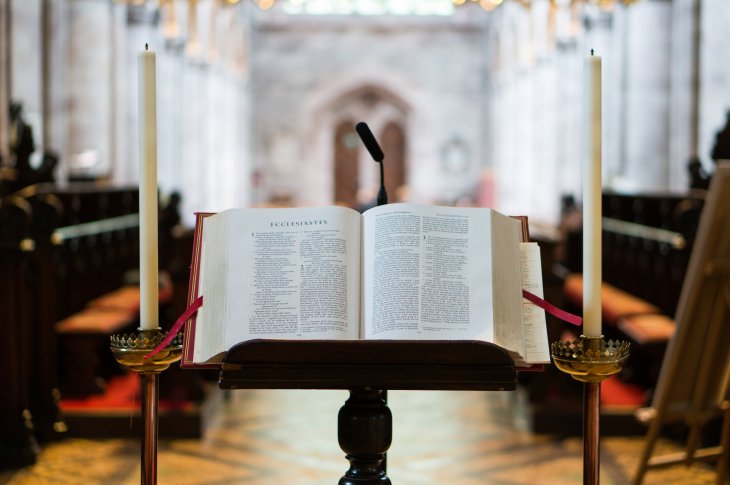 “The Day of Judgement will not come about until you fight the Jews. The Jew will hide behind stones and trees. The stones and trees will shout: ‘O Muslims, Allah’s servants, there is a Jew behind me, come and kill him.’”

The Grand Mufti of Jerusalem was quoting a hadith, a saying from early Muslim traditions. The Grand Mufti was speaking at a Fatah conference in 2012. His words provoked strong reactions, both from Israeli political and religious leaders and from international politicians, including the Norwegian foreign minister. All these leaders considered the Grand Mufti’s words to be encouraging terrorism.

The recent terror attacks in London and Manchester brought this episode to mind. I became involved in the situation due to my work with Jewish, Christian and Muslim leaders in Jerusalem. I am also acquainted with the Grand Mufti, and have always thought of him as a pious and kindly man. “The verse is about the End Days,” said another Muslim theologian when I asked for advice, “but we are not in the End Days.” He could have added that the verse also reflects conflicts between Muslim and Jewish tribes living on the Arabian Peninsula during the Prophet’s lifetime.

The Grand Mufti came to realize that he had caused a commotion, but said that he was misunderstood, and that he did not want to kill anyone, including Jews. He could have added that the Koran says that if you kill a person, you kill the whole of mankind. Then he also could have highlighted the fact that religious traditions are generally not unambiguous.

Archetypal enemies exist in the Koran, the Hadiths, the Bible and most other holy texts

Archetypal enemies exist in the Koran, the Hadiths, the Bible and most other holy texts. The most sublime and pious parts of holy texts are often followed by exhortations to kill and destroy the enemy. These kinds of exhortations can be sought out and used in almost any conflict. This is what terrorists do. Accordingly, there is a link between religion and terrorism, just as there is often a link between terrorism and non-religious ideologies.

Right now, Western countries and the Middle East are mostly exposed to Islamist terror, namely, terrorists who seek justification for their actions in Islam. Christians, Shia Muslims, and other Muslims who do not share the Islamists’ religious views, are unbelievers who can be killed. Islamists seek support in the Koran and Muslim traditions for their actions. Here they find justifications for identifying and taking the lives of enemy unbelievers.

Many people say that this is an abuse of religion, and in this particular case an abuse of Islam. But it is not as simple as that. Religion is always interpreted religion. This also applies to those Muslims, Jews and Christians who believe the Koran or the Bible to be infallible and have been dictated by God alone. Religious terrorists interpret their holy texts based on contrasts between faith and disbelief, between the godless and the faithful, and between the evil and the good.

On another occasion I said that I didn’t believe that the books of the Pentateuch were written by Moses. I was astonished when a well-known Muslim theologian became angry – with me. He said I undermined trust in the Bible. I answered that I could hardly believe that Moses had written about his own death, and further that I believed the books of the Pentateuch had been assembled from texts written in different periods. This observation did not help my case – in fact, quite the opposite.

I had assumed that the Muslim theologian had learned what I had learned – that holy texts, like other texts, must be read with an eye to the historical circumstances that existed when they were written. That a single text can have several authors, who lived at different times – as is the case, for example, with the Pentateuch. That texts could serve different purposes – for example, the Bible’s first story of the creation is intended to assert order in the creation process: the various elements of the creation occur in six days, ending with the creation of humans.

Next there is a day of rest, which in turn justifies the commandment to keep the Sabbath as a holy day (or vice versa?). The second creation story is concerned with the status and role of human beings in the work of creation. It begins with the creation of humans. Nonetheless, our own experience and beliefs are very important for how we interpret holy texts.

The Grand Mufti used a verse from his holy tradition in a situation where the verse could be understood as a comment on the relationship between Muslim Palestinians and Israeli Jews. I don’t know if this was his intention. Too late he understood that he had miscalculated the effect of the quotation.

I have seen both Jewish and Christian leaders use quotations from their own holy texts in the same way. At the Ibrahimi Mosque in Hebron, the bullet marks are still very visible from 1994, when a physician, Baruch Goldstein, took a machine gun to the mosque and killed 29 Muslims at prayer. Yigal Amir assassinated Prime Minister Rabin. Both Goldstein and Amir were deeply religious.

One-dimensional explanations for terrorism are dangerous

It is never easy to determine whether terrorists use religion and holy texts to legitimize actions that they would have taken anyway, or whether they have read the texts and then decided that terrorism is the logical consequence. Was the chicken first, or the egg? Both Islamist and other types of terror may be blamed on Islam, or on another ideology. Terrorism may be associated with psychological disturbance, poverty, a difficult childhood, or social exclusion. But it may also be the consequence of a completely conscious choice, based on religion or some other justification. One-dimensional explanations for terrorism are dangerous. Terrorists are not all the same, and humans are more complex than we often like to believe.

Nevertheless, we know that some people use religion to justify terrorism. In addition to other measures to prevent terrorism, we must also counter terrorists’ religious arguments. I don’t believe that the Grand Mufti intended to justify violence and terror, but he chose to use language that other people could use to justify violence and terror. This is a kind of language and a way of thinking that exists in the holy texts of many religions. This is precisely why religious leaders have a responsibility to teach believers to relate critically to the Koran, the Bible and other holy texts.

Religious dialogue is helpful for gaining an outside view of oneself and one’s religion, for gaining a critical view of one’s own religious texts. Such dialogue can also help to mobilize those elements of one’s own faith that will promote peace and respect for others’ beliefs and philosophies. State authorities should acknowledge that interfaith dialogue can help prevent terrorism. The same authorities should also facilitate national and interfaith teaching by religious leaders. These leaders must learn that they have an important function in the wider society – not only a function within their own religious communities.

The most important measure for preventing terror is to foster a society characterized by trust, freedom, equality, openness and good opportunities for education and employment

More arming of the police, more security and more surveillance – all such measures are necessary to hinder terrorist acts, but they are not measures that will avert terror from arising. The most important measure for preventing terror is to foster a society characterized by trust, freedom, equality, openness and good opportunities for education and employment. Religious leaders and members of all religious and life-stance communities have a special responsibility to promote such values and this way help in building a good and well-functioning society.

This text was published in Norwegian in Agenda Magasin 16 June 2017: “Det finnes fiendebilder i alle religioner“.