A year has passed since the Taliban took control of Afghanistan.

The number of lives lost due to war has fallen drastically. But the Taliban’s dismantling of democracy, their gross breaches of human rights, their exclusion of women from education and work, and their hosting of al-Qaeda and other terror networks, give few grounds for optimism.

How should Norway and the rest of the world respond to the Taliban regime? 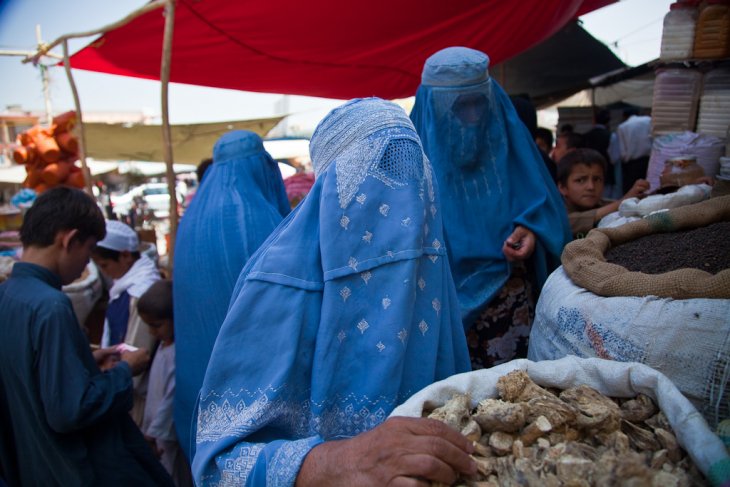 Those who have the most to lose from a Western policy of isolation are Afghanistan’s 40 million citizens. Photo: Jan Chipchase. CC BY-SA 3.0

Many had hoped that the 2021 version of the Taliban would impose less oppressive policies than they did when they last held power in Afghanistan, from 1996 to 2001.

In February 2020, the United States and the Taliban signed an agreement on the withdrawal of international troops in exchange for Taliban guarantees that Afghanistan would not serve as a base for international terrorist attacks. This agreement was followed by negotiations between various Afghan groups.

The Taliban negotiators, based in Qatar, promised that a negotiated solution would allow all girls to attend school, would allow women to work and travel freely, and that people who surrendered would be safe. In addition, the Taliban would support a representative form of government. None of these promises have been kept.

The Taliban’s entry into Kabul represented a victory for their military strategies, at the expense of dialogue and diplomacy. The transition from war to political power has revealed divisions within the Taliban, and its leaders have given priority to keeping their own movement united.

The Taliban want international recognition, but seem largely unaffected by either threats or assurances from abroad.

The promises made during earlier negotiations have been abandoned. The Taliban have also renounced external involvement. Meanwhile, Western countries see dialogue as desirable, for reasons including helping Afghan civilians, monitoring the human rights situation, and restricting international terror networks.

Nevertheless, there is a trend towards isolation. The Taliban want international recognition, but seem largely unaffected by either threats or assurances from abroad. The Western response is to impose sanctions. The United States has frozen the Afghan central bank’s reserves and Western countries have halted all development cooperation with the Taliban administration.

This has contributed to further worsen the country’s economic situation, and has created what the UN describes as the fastest growing humanitarian crisis in recent history. In summer 2022, the UN reports that 24.4 million Afghans, well over half of the population, are dependent on humanitarian aid for survival, and that over 95 percent are living below the poverty line. Harvests have failed once again and many people are taking out loans to survive. The fear is that even more people will need emergency aid next winter.

There are no prospects of the Taliban moving towards democracy, full respect for human rights, or a focus on the welfare of the general population.

… a significant part of the responsibility for the state collapse lies with the international community.

The recent American drone attack revealed to the whole world that al-Qaeda leader Ayman al-Zawahiri had been provided with a home by the Taliban. For Western countries, there is limited room for manoeuvre. On the one hand, they must distance themselves from the Taliban government’s oppressive policies. Equal rights for women, economic development and democracy were key justifications for the major international project of the past 20 years. But the project rested on shaky foundations: the government was fragile, and without massive external military support, it collapsed overnight. Accordingly, a significant part of the responsibility for the state collapse lies with the international community.

Thus, should Western countries adopt a policy of maximum isolation, impose stricter sanctions, cut humanitarian aid, and hope that these moves will force the Taliban to change its policies, split the movement politically or trigger a popular revolt?

Perhaps even more drastically, should political and military support be provided to an Afghan opposition that could pose a military challenge to the Taliban?

Or should one maintain dialogue, provide emergency relief and a limited amount of development aid through non-Taliban channels, in the hope that, over time, more moderate forces within the Taliban will prevail?

A new wave of migration?

A number of countries have adopted a different approach to that of Western countries. The United States, Norway and others withdrew their diplomats last August, while countries such as China, Russia, Iran and Pakistan upheld their diplomatic presence in Kabul. These countries attach less importance to human rights and democracy, focusing more on their own security and on regional trade.

All of them understand that emergency relief will not solve the fundamental challenges that Afghanistan is facing. The government administration that has been built up over the past 20 years is gradually disintegrating. The economy needs new impetus but is pretty much at a standstill. A long-lasting crisis may trigger a new wave of migration to neighbouring countries, as well as Europe.

Afghanistan has been at war for most of the past 44 years and a resumption of military conflict is hardly desirable.

Afghanistan has been at war for most of the past 44 years and a resumption of military conflict is hardly desirable. Any such resumption would entail new civilian losses and even greater opportunities for terrorist groups such as al-Qaeda and the Islamic State. The alternatives to Taliban rule in Afghanistan are few, and not necessarily much better when it comes to democratic participation, human rights and corruption.

What now for Afghanistan?

So far, Norway has opted to maintain a critical dialogue, among other things by facilitating the talks between the Taliban, Afghan civil society and Western countries that took place in Oslo in January 2022. At those talks, Taliban representatives promised that they would reopen the schools for girls from 7th to 12th grade, but this was stopped by the Taliban’s supreme leader, Hibatullah Akhundzada, and as a result, the Oslo talks appeared to have been a mistake.

Like other Western countries, Norway has supported US- and UN-endorsed sanctions, while continuing to provide significant support through non-Taliban channels. In the Security Council, Norway serves as ‘penholder’ for Afghanistan and has been successful in securing the UN a continued presence and expanded mandate in Afghanistan, including on the monitoring of human rights. Norway’s approach is branded as naive by many exiled Afghans and also by human rights organizations, who see it as an implicit acceptance, if not recognition, of the Taliban.

In a fresh report from the RAND Corporation, the influential American think tank, a number of former US senior diplomats encourage a more active dialogue with the Taliban. These former diplomats recognize that such a strategy would take political courage, given the Taliban’s current policies and behaviour. The strategy would have to be robust, and the dialogue would have to be conducted through several channels and across different levels of the Taliban administration. Interaction with the Afghan diaspora is also important, just as it is important not to smother the fragile political engagement taking shape in Afghanistan despite the Taliban’s tight control.

There is no reason to expect that the Taliban will make any dramatic changes to their policies in the short term. Nevertheless, Norway and other Western countries must maintain a dialogue. The situation in Afghanistan is bad, but it has the potential to become much worse. And those who have the most to lose from a Western policy of isolation are the country’s 40 million citizens.