Legal sociology has paid significant attention to human rights, but in contrast to legal anthropology, little focus has been given to humanitarianism. In this contribution, we ask, what does a legal sociological research agenda for the humanitarian field look like? 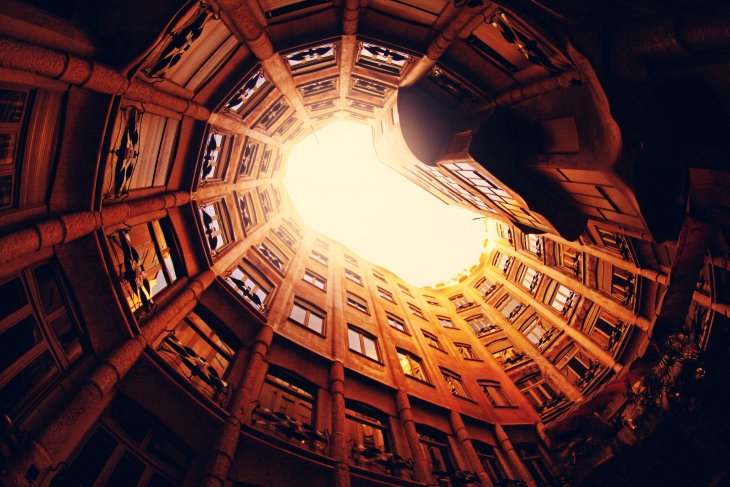 Humanitarianism is many things to many people. As described by Miriam Ticktin, humanitarianism is ‘an ethos, a cluster of sentiments, a set of laws, a moral imperative to intervene, and a form of government’; it is ‘one way to do good or to improve aspects of the human condition by focusing on suffering and saving lives in times of crisis or emergency; for instance, humanitarians provide temporary shelter, food, and medical care during wartime or immediately after disasters’. The actors involved include affected populations, civil society, host governments, the private sector, international organizations, humanitarian practitioners, the international humanitarian sector and donors.

An important aspect here is that as the humanitarian sector continues to expand, the field is legalizing. Beyond international humanitarian law, humanitarian action is increasingly compelled and constrained by a plethora of soft law and legal discourses, and what was once a largely unregulated field of practice is now emerging as a transnational humanitarian space where authority, governance, legitimacy and power is progressively invoked through law.

Historically, humanitarian action has been linked to the normative framework of international humanitarian law (IHL), while emerging as a largely unregulated field of practice. The study of IHL has overwhelmingly been the terrain of doctrinal legal scholars, while the apparent lack of other law has meant that, until recently, legal sociologists have paid little attention to the humanitarian sector. There has also been little sociological concern regarding the consequences of not asking questions about the role of law in the humanitarian project.

As scholars specifically focused on the legal aspects of humanitarian space and the evolving law of humanitarian action, we are interested in normative constructions and contestations regarding conceptualizations of aid, agency, crisis, responsibility and rights within and across different social fields of regulation and governance. We argue that legal sociology is of central analytical value to this prism, as it focuses on the study of rules, standards, norms; the evolving role of the legal profession and the legalization of conflict resolution in humanitarian governance. Legal sociology can also offer important perspectives on the relative lack of regulation of the humanitarian space, and on the normative orderings that occupy this space in competition with, as a substitution for, or in parallel to legal norms.

In the following, we explore a set of key questions concerning the relationship between humanitarian governance and law:

The relationship between norms and rules

There is a similar need for critical inquiry with respect to the relationship and legal hierarchy between humanitarian norms and rules, and neighboring human insecurity fields such as development, human rights, mass atrocity response and international criminal justice. Specifically, more attention should be given to the substantive aspects of these relationships, and to the implications of mission creeps. For example, ICTs and data are useful prisms for exploring emergent splits between human rights and humanitarians as crisis responding communities. This includes how this split shapes and is shaped by each group’s use of data and the impact the use has on crisis affected individuals and communities. It also includes increasingly divergent perceptions of what responsible approaches to data collection, maintenance, storage and sharing of data look like.

Humanitarian organizations are not states. Yet, they are transnational, have thousands of staff, operate and litigate in multiple jurisdictions and are actively involved in sponsoring and pushing for soft law developments. How do we analyze the tensions between the construction of an emergency zone which enfranchises non-state actors to govern; and the structure of human rights law, which requires that individuals have access to accountability mechanisms, including the means for obtaining binding legal redress through state institutions?

For example, legalistic versions of rights-based approaches (RBA) to humanitarian action are premised on the notion that rights holders are entitled to hold the duty bearer accountable. Yet, according to international law and the view of international humanitarian organizations, this right is directed principally at the state and its agents. Humanitarian organizations suggest that they must consider ‘rights-holders with legal entitlements’ but do not see themselves as accountable for the fulfillment of those rights. Organizations sometimes operate with competing definitions of RBA, where humanitarian organizations seek to strengthen the capacities of the rights holders to make claims and of duty bearers to satisfy those claims, but are not themselves directly accountable to persons of concern. What are the implications of enfranchising non-state actors to partially behave and ‘see like a state’?

Next, we are interested in what type of authority – and legal authority – humanitarians have, and how this authority is produced and constrained through rules, norms and standards; including soft regulation, contractual practices and financial policies.

To exemplify, socio-legal and anthropological interest in soft law have mostly focused on international instruments for human rights protection, which has resulted in an unfortunate scholarly tendency to reify soft law as inherently progressive. Yet the power operating in the crafting of soft law and the logic of softness may create inequality between groups or result in oppression. Constituted on ideas of emergency and urgency, humanitarian space is a site with extreme power differences between actors, to the extent that aid affected communities are rarely represented around the table when new soft law instruments are drafted.

We should bear this in mind as we engage critically with the emergent law of humanitarian action. The informality of soft law may jeopardize formalized accountability mechanisms, or weaken the obligations of organizations, humanitarians, private sector actors or states in the humanitarian field. Even when crisis-affected communities participate, the notion of pluralistic participation may conceal that soft law production is actually limited to powerful actors; and contribute to misrepresent how the humanitarian sector is structured both on and according to principles of systemic inequality. Legal sociology could here provide a close study on how best practices and community norms are articulated and codified as soft law.

Finally, we ask what this authority allows humanitarians to do, and to the extent that humanitarian actors are held accountable, how this happens. Here we want to briefly outline two emergent developments.

While scholars have often approached this topic by examining the role and responsibilities of international organizations, the 2015 Steve Dennis versus the Norwegian Refugee Council case from the Oslo District court, and its aftermath provides an interesting case study for gauging the evolving juridification of humanitarian organizations’ duty of care for their staff, and the broader implications of a shift towards court-ordered humanitarian practice. Activities and processes that were before considered ‘good practice’ within a human resources frame are increasingly juridified. This shift also reshapes modes of organizing work and workers. In the aftermath of the Steve Dennis case, organizations have struggled to define what constitutes acceptable levels of insurance for a multinational staff. The distributive effects on peoples everyday professional lives, including how such effects may vary according to nationality, race or religion, merit specific attention.

Finally, questions must be asked about the role of global and national publics in holding states and humanitarian actors accountable for how they contribute to end/engender human suffering. In the human rights field, social movements and legal mobilization are central for holding states accountable. However, while contemporary humanitarianism began as a series of social movements – including the anti-slavery movements, missionary engagements and the internationalization of Red Cross societies – present-day humanitarians appear to have a deeply ambivalent attitude to enlist bystanders, i.e the general public, beyond fundraising and social media support. On the other hand, with the present difficulties facing humanitarians with respect to access to humanitarian space and the declining respect for international humanitarian law, ideas about public engagement may be shifting.

While humanitarianism has global and avowedly benevolent ambitions for ordering and eradicating crisis, manifested through a global system of organizations operating within, in parallel with, above and across the domestic state system, and legitimated by moral universals (neutrality, humanity etc.), it is also a field epitomizing global divisions and inequalities. At the same time, humanitarianism – as a transnational practice field and a cluster of cosmopolitan sentiments – is expanding. As part of this, the field is legalizing. Having outlined a few established practices and emergent developments of the mutually constitutive relationship between law and humanitarianism, we argue that legal sociology is well situated to track this development.