The recent #MeToo hashtag and associated social media storm highlighted the extensiveness of sexual abuse and harassment and the exploitation of women and girls (and in some cases men and boys) by those in positions of power. It showed that the problem does not come down to a few “bad apples”, but is systemic, impacting people around the globe and of varying socio-economic levels. 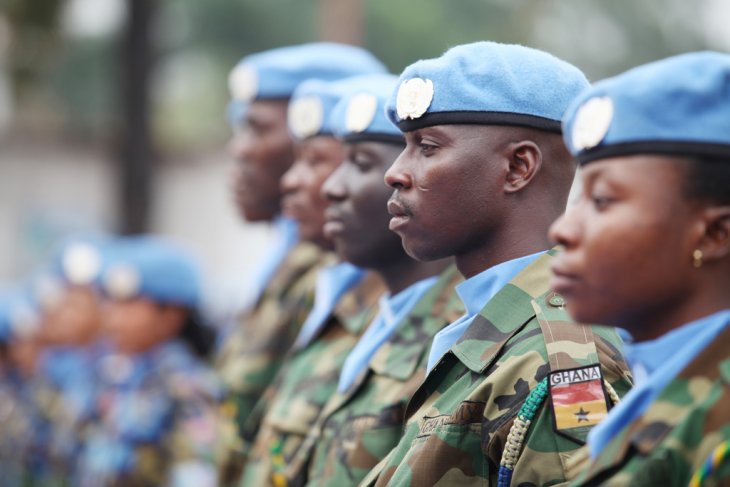 Sexual exploitation and abuse (SEA) is most prominent in contexts where people experience gendered and material vulnerabilities or inequalities, such as in conflict and post-conflict contexts and during natural disasters where unequal power dynamics, material deprivation and insecurity are rife. SEA perpetrated by UN peacekeepers is probably the most insidious and well-known example of this dynamic.

But the problem does not just apply to peacekeepers, it is larger and more systemic. Humanitarian aid workers, diplomats, and private security contractors have also been implicated in SEA. In the last 20 years, successive SEA scandals have made media headlines: revelations that peacekeepers in Bosnia were involved in sex trafficking were followed by reports of aid workers raping or engaging in transactional sex in refugee camps in West Africa, which were in turn followed by scandals in Haiti, Liberia, and most recently, the Central African Republic.

A surprising aspect of the responses to SEA is the assumption that SEA is not going on until proven through robust investigation processes, and the popular perception that SEA is only perpetrated by military peacekeepers. In fact, UN statistics suggest that per capita UN civilian staff are more responsible for SEA allegations than military or police personnel in peace operations. And although no data on allegations against humanitarian staff is available, research suggests SEA is both widespread and significantly under-reported. Recent work by Report the Abuse, for example, has highlighted the prevalence of sexual harassment and abuse within humanitarian communities: if humanitarians are perpetrating such violence against colleagues, it is reasonable to assume they may also be perpetrating it against the vulnerable communities they have been deployed to serve.

However, despite growing awareness of the pervasiveness of SEA in humanitarian and peace operations, a Save the Children report found “endemic failures in the response to allegations of abuse when they had been officially reported.” There also seems to be a definitive lack of willingness to investigate what are judged to be rumours of SEA without “proof”.

This trend is alarming, particularly because it contrasts greatly with mechanisms set up in humanitarian contexts to deal with gender-based violence (GBV). The Inter-Agency Standing Committee (IASC) Guidelines for Integrating Gender-Based Violence Interventions in Humanitarian Action state that, “all humanitarian personnel ought to assume GBV is occurring and threatening affected populations … regardless of whether the prevalence or incidence of various forms of GBV is ‘known’ and verified.”

If humanitarian personnel are encouraged to assume that GBV is occurring against and amongst vulnerable populations, why then has the same assumption not been adopted regarding SEA in peace and humanitarian operations?

If humanitarian personnel are encouraged to assume that GBV is occurring against and amongst vulnerable populations, why then has the same assumption not been adopted regarding SEA in peace and humanitarian operations? The root causes of SEA and GBV are the same, including unequal gendered power dynamics and material inequality in unregulated environments where perpetrators are unlikely to be held accountable for their actions. SEA is a form of GBV, so it makes little sense for the assumptions about GBV in humanitarian interventions set out in the IASC guidelines not to apply.

One of the impacts of the different assumptions and standards of response for GBV and SEA is that policies and attitudes towards SEA have the counterproductive effect of shifting the burden of proof to survivors, their families and communities. This is further complicated by the fact that SEA investigations are undermined by lack of resources, indifference amongst senior management, improper planning, and either insufficient implementation or an outright lack of appropriate policies and procedures. 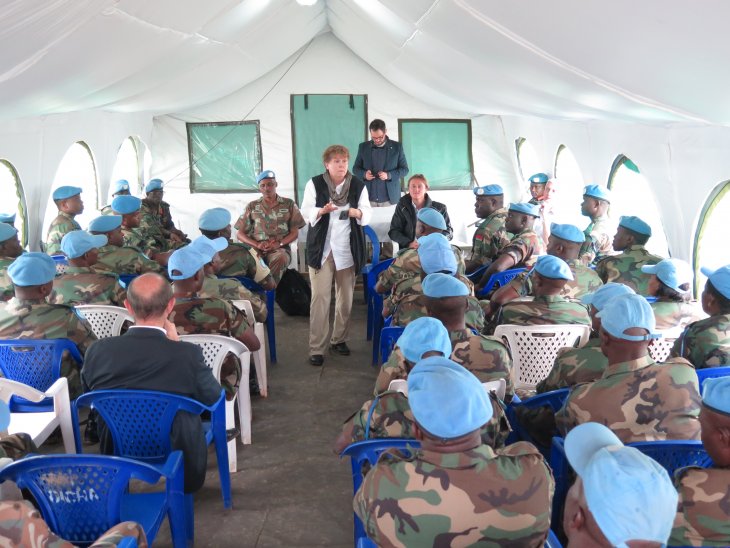 Furthermore, the vast body of knowledge about preventing and responding to GBV does not intersect with SEA policy and response. SEA policies tend to focus on individualised conduct and discipline issues, through codes of conduct and training modules, rather than addressing the range of factors that give rise to SEA. Accountability processes have set up technical initiatives such as reporting hotlines and complaint mechanisms, without adequately addressing the factors that shape victims’ choices about reporting or ensuring that such policies are properly resourced and supported by senior leadership.

The reality is that such technical responses are not sufficient to address SEA in peace and humanitarian operations: just because humanitarian personnel sign a code of conduct or participate in mandatory training does not mean they are committed to principles of protection and respect for human rights, or genuinely know how to implement them. Policies need to be more solidly grounded in a gendered analysis of the vulnerabilities and behaviours SEA encompasses. What’s more, responses need to be injected with a language of power, justice and human rights that is already explicit in GBV responses, but conspicuously absent from SEA work, in order to equip humanitarians and peacekeepers for the complex dynamics they will have to navigate on deployments.

More fundamentally, we need to start recognising that SEA is systemic in most societies, rooted in longstanding gender and material inequalities that are only exacerbated in situations of war and natural disaster. This would go a long way to ensuring that the burden of proof is not unreasonably heavily placed on survivors, who may have difficulty ‘proving’ allegations for the very reasons that made them vulnerable to SEA in the first place.

We need to start assuming that, like GBV, SEA is always happening in humanitarian and peace operations.

Almost a decade ago, Save the Children suggested that the way to properly address SEA was through adequate community-based complaint mechanisms to encourage individuals and families to report SEA incidences, the establishment of a global watchdog, and tackling the root causes of SEA. However, this is unlikely to happen unless we start treating SEA in the same way that we treat GBV in humanitarian contexts. We need to start assuming that, like GBV, SEA is always happening in humanitarian and peace operations. We have to acknowledge that SEA reflects both systemic and individual factors, and be proactive in our prevention and response efforts. Most importantly, we must ensure that policies are fit for purpose, victim-centred, and suited to the contexts in which the world’s most vulnerable people are at risk of SEA by those sent to protect and support them, rather than placing the burden of responsibility and proof back on survivors themselves.

Alicia Luedke is currently doing her PhD in Political Science at the University of British Columbia in Vancouver, B.C. Canada

Dr Jasmine-Kim Westendorf is a Senior Lecturer in International Relations at La Trobe University, Australia, and a Research Associate at the Developmental Leadership Program

Because countries send peace keepers to conflict countries without sensitizing them on the GBV , SEA and its long term consequences to women and girls in the Host country. It is high time this is looked into seriously by the sending and receiving countries and safe the lives of women and girls in conflict countries.
Also countries in conflict are not able to carry out sensitization programs to communities and individuals to ensure that when community members welcome and work with the Peace Keepers are aware of such practices – rather than only considering Peace Keepers as saviors / not to over trust.