The finding that violent conflict has declined, especially after the Cold War, has generated a great deal of interest.

Much of the initial debate focused on whether the claim itself is correct, but the finding itself seems robust in the sense that that the number and severity of violent conflicts has declined in most data sources.

there has been less attention to why violent conflict has declined

However, there has been less attention to why violent conflict has declined. This is unfortunate, since the confidence in stability and the expected future outlooks ultimately depends on understanding the possible causes of the decline.

In a recent article in the Journal of Peace Research, we examined to what extent the decline in violence stems from a reduction in the grievances that could motivate resort to ethnic civil war. Most contemporary violent conflicts are civil rather than interstate wars, and a majority of the civil wars are ethnic in the sense that armed groups explicitly challenge the state making claims on behalf of ethnic groups. Figure 1 demonstrates how much of the decline of violence since the mid-1990s has resulted from a decrease civil wars involving ethnic groups. 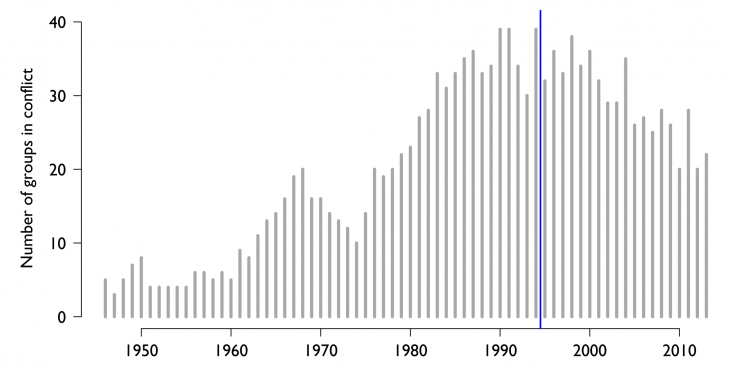 Figure 1: Ethnic conflict has declined since the mid-1990s

Ethnic civil wars are more likely when ethnic groups are politically and economically excluded and marginalized from the state. Although ethnic diversity is fixed, at least in the short term, the political status of ethnic group is not. Ethnic groups that are systematically discriminated have plausible grievances that can lead to mobilization against the states. However, resort to violence is less likely in multi-ethnic states where individual groups are not discriminated or excluded from access to state power. We show in our article that political and economic exclusion has become less widespread since the mid-1990s. Moreover, the specific groups and places where we have seen improvements have seen fewer new violent conflicts and have been more likely to see a settlement to ongoing violence. One the one hand, we see less systematic discrimination against ethnic groups (see Figure 2), which has likely decreased the incentives of excluded groups to rebel. Similarly, many states have devolved more power to regions in federal arrangements, and the spread of democracy and competitive elections have expanded the space for ethnic groups to pursue their interest by peaceful political means instead of violence. 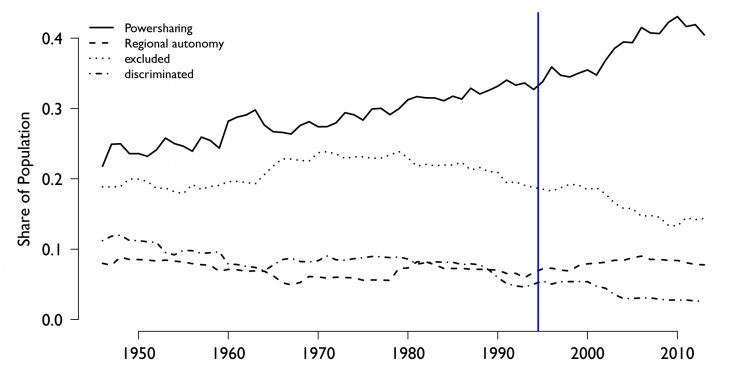 Figure 2: Ethnic discrimination has decreased, while power sharing and regional autonomy has increased

How large are the effects of these changes, and to what extent can they account for the observed decline? We evaluate this through a counterfactual analysis. In short, we use the results to estimate the expected amount of conflict over the most decade, if we had not seen any of the observed reforms. We can then compare this to model predictions with the actual reforms. Our analysis suggests that substantial reductions in the risk of conflict, in line with the idea that we have seen less ethnic conflict precisely because actual reforms and accommodation have reduced grievances and motives to resort to violence.

These results are all the more remarkable, since ethnic conflict appeared to follow an increasing trend prior to the Cold War. Thus, it can be shown a purely trend based prediction would have led us to expect more conflict after 1999, in line with the common pessimism that prevailed at the time over the perceived explosion of intractable ethnic conflict. However, a model taking into account the impact ethnic accommodation and reform reducing motivation predicts well the observed decline in ethnic conflict. 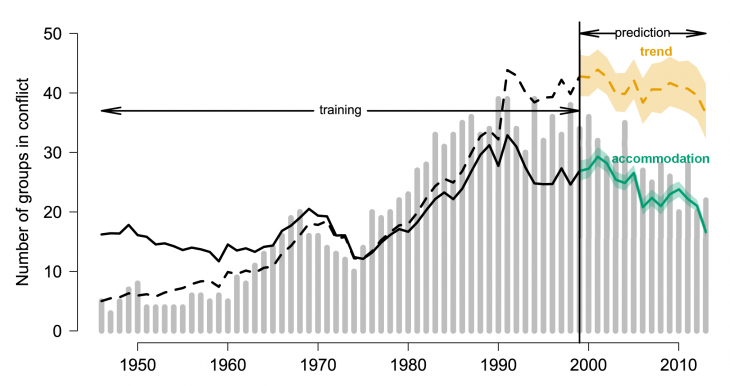 Figure 3: Predicting ethnic conflict after 1999, trends vs. a model with accommodation

These findings run against the common pessimism that sees ethnic conflicts as intractable. Reforms and political changes may be difficult to enact, but our evidence shows how reducing ethnic discrimination and devolving power can be an effective strategy for peace, and a major reason why ethnic civil war has declined. Of course, ethnic exclusion remains widespread in many cases, and has hardly changed in certain regions such as the Middle East. However, the relative resilience of changes towards greater ethnic accommodation and powersharing where these have taken place is encouraging for the future of peace.