I am very grateful to the Norwegian Sociological Association for awarding me its Lifetime Achievement Award for 2018 (Norwegian original of the citation here, English translation here).

Why did I become a sociologist?
Why did I leave?
And: Do I regret it? 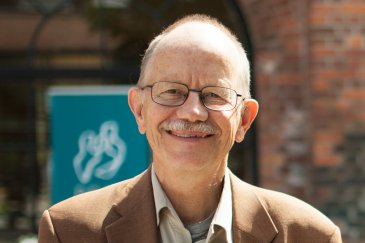 In fact, I find this exceptionally generous. Although I was once a board member of the association, I have only dealt with it once in the past 25 years, and that was when I cancelled my membership. Fortunately, my wife decided that our home could not do without Acta Sociologica, so she joined at the same time that I left. At about the same time, I redefined myself as a political scientist and joined the Norwegian Association of Political Science. This raises three questions: Why did I become a sociologist? Why did I leave? And: Do I regret it?

I was born into a family of natural scientists and the expectation was that I would follow in the footsteps of my father and other relatives. But when I started my university studies in the early 1960s, I was fascinated by the opportunity to combine research with political and social commitment. From my family background I had absorbed a healthy dose of respect for science, so my chosen field had to be scientific.

I suppose I could have chosen economics, but I fell under the spell of Johan Galtung, whom I knew from the peace movement. He had an amazing ability to combine peace activism with academic rigor; indeed, he promised a future in the scientific study of peace. He was a mathematician and a sociologist. Sociology had just joined the behavioral revolution.

Political science seemed to me like a vague mixture of law, history, and philosophy. Fine if you wanted to become a journalist or join the foreign service, but not fit for training scientists.

The Center for Conflict Resolution at the University of Michigan, an early pioneer in peace research, was co-directed by an economist and a sociologist. The first young scholars and graduate students recruited by Galtung to PRIO were sociologists. In the first five volumes of PRIO’s new Journal of Peace Research, almost 40% of the articles were written by sociologists (2). Peace research was vaguely ‘on the left’, but with impeccable academic credentials. For me, the choice seemed simple enough.

The student revolution of the late 1960s and the associated changes in norms and behaviour had a lasting influence on many institutions, particularly on the universities and especially in the social sciences. Many of these effects, such as the increasing status of women, the erosion of ethnic and religious discrimination, and the dismantling of many rigorous hierarchies in the public as well as the private sector, were mostly beneficial.

But some were not. Criticism of authoritarian structures in democratic countries developed into the cultivation of totalitarian regimes. Critical thinking and demands for freedom of speech morphed into uncritical adulation of systems that tolerated no debate. The fruitful synergy between activists and scholars – where activists would pose important questions and scholars would try to contribute to the answers – was frequently lost. Instead, activists had the answers and looked to scholars to provide justifications for them.

A lack of understanding of quantitative methods was a badge of honour. To be a positivist was to ally oneself with imperialism. Such attitudes heavily influenced the study of peace, too, and contributed to the schism between peace research and what came to be known as peace science.

Sociology was heavily affected and, in some of its institutions, activism came to overshadow the scientific method. A few sociology departments in the US even managed to get themselves closed down and, closer to home, the Department of Sociology at Copenhagen University narrowly escaped the same fate.

Even at the University of Oslo, where I had done most of my graduate work, sociology no longer seemed to represent an unambiguous beacon of reason and wisdom, ready to guide us into a better future .

political science seemed to have got its act together

At the same time, political science seemed to have got its act together. In Oslo, the basic methods training in political science was run by another former student of Galtung’s, also a defector from sociology. Indeed, when Galtung himself took a long-term position at a US university, it was in a political science department [at Hawaii]. In Journal of Peace Research, as early as in the second five-year period, the dominant discipline among the authors was political science rather than sociology.

Despite all of this, I would probably have remained a defector from sociology rather than a convert to political science had not Ola Listhaug (yet another former sociologist!) wandered into my office in the early 1990s. He wanted to have my suggestions for prospective applicants to positions in political science, which was to become established at the University of Trondheim, later NTNU. The list included an adjunct chair in international relations. I tried to be helpful and came up with various names. But I was unprepared for Ola’s question: ‘Why don’t you apply?’ Well, I don’t even have a minor in political science in my graduate degree. ‘No problem.’ Well, I suppose I took two IR courses in my year at the University of Michigan. That settled it. I applied, and eventually became a commuter to Trondheim for the next twenty years.

I generally subscribe to Edith Piaf’s ‘Non, je ne regrette rien!’ Yet, I sometimes think back to my early days as a sociologist, when we moved seamlessly from small-group studies to hypotheses about relations between nations (3). My own graduate thesis was a sociometric analysis of the international airline network, using methods developed in social psychology. I sometimes miss these excursions across levels of social organization in the largely state-based analyses in political science and international relations.

And, of course, listening to some of the lectures at this annual and very impressive conference presenting work in Norwegian sociology, I realize that sociology has come of age and once again aspires to be a scientific discipline. I promise not to become a grumpy old man who lectures nostalgically about the golden age of Norwegian sociology. In fact, the golden age is now – in sociology as well as political science. Good luck!

1. Comments inspired by the award of the Lifetime Achievement Award in sociology by the Norwegian Sociological Association, Hafjell, 3 February 2018. For the original comments made by the award committee, please follow this link, for an English translation, this link.