The political leadership in Israel often uses the concept of “friend” and “enemy.” Other countries also use those concepts from time to time, but it seems that they are particularly prevalent in Israeli political language. For instance, Prime Minister Netanyahu talks of “true friend” Donald Trump, “close friend” Narendra Modi of India, while other leaders and nations may be more difficult to place on his friendship scale. Israel is a country I have engaged with professionally and personally for many years, and something I will continue to do. I consider myself a friend of Israel, but that raises the question: what does that mean? 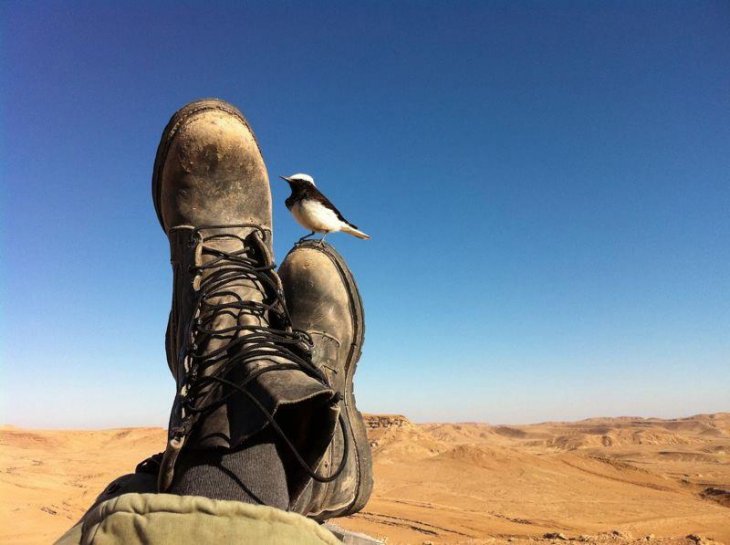 A soldier from the Golani Brigade relaxes in the desert. PHOTO: Creative Commons/IDF

Since the end of March thousands of Palestinians in Gaza have taken part in demonstrations along the border with Israel. The Israeli military response has resulted in many deaths and many more serious injuries among the protesters. The protests are continuing.

Israel claims the protests have acted as a smoke screen for Hamasand its terrorist incursions. They point to the background of persons who have been killed saying that many of the protestors were Hamas operatives and had engaged in violence previously. Israeli statements also point to threatening slogans shouted by the crowds along the border.

Much of my own research and teaching as a professor has been in the ethics of war in the world religions – and I read and hear the Israeli justifications with dismay. They are unreasonable.

The Jewish tradition has a long and advanced tradition of moral reasoning about political life even though Jews have only brief experience – 70 years to be exact – with being in charge of their own state.

This Jewish moral tradition has been carried on into the life of the IDF, as can be seen, for example, in the writings of Shlomo Goren (1917-1994), the first head of the Military Rabbinate of Israel. Like all modern armies, the IDF has a set of rules for when and how to use lethal force. The guiding principle is known as the doctrine of “Purity of Arms,” or morality in warfare.

Sure, there has been controversy about this concept and its application in Israel. And yes, there have been rabbis supporting indiscriminate use of force, just as there are individual Muslim and Christian leaders supporting violence against civilians. Are their opinions valid?

Jewish moral philosophy requires caution in the use of lethal force. On these points, the Jewish tradition shares many ideas and principles with other great traditions of moral reasoning about politics and violence, most notably the Christian and Islamic traditions.

Discrimination and proportionality are the two most fundamental principles guiding legal and moral reasoning about the use of military force and they have been cemented in the modern laws of war, such as the Geneva Conventions.

The principle of discrimination requires soldiers to make distinctions between legitimate and illegitimate targets. The crucial distinction between combatants and noncombatants is a case in point.

Israel seems to be using the same argument about Gaza: everything is organized by Hamas, protesters are Hamas operatives, therefore everybody is a legitimate target.

It undermines the essential principle of discrimination. Proportionality can be a fuzzy category, but the principle is an intuitive one that applies to morality in all spheres of life – not just the use of violence. The reports we have of the events at the border indicate that the force used by the IDF has been disproportionate.

In my view, the IDF and its military and political leadership are being unfaithful to their own heritage and principles when lethal force is used under circumstances where it is highly doubtful that such force is necessary.

In fact, the justifications for the actions against protesters in Gaza seem so hollow that it raises the question of who the arguments are meant for. I am raising the question out of curiosity, not as rhetoric.

And I think the question brings us back to the categories of friends and enemies of Israel. Obviously, among the enemies of Israel, no argument coming from the Israeli state will be taken seriously. And there is no denying that Israel has very real enemies who reject the state’s right to exist.

At the other end of the spectrum are the type of friends of Israel who would accept any kind of behaviour because they see Israel as an exceptional case, and read its historical struggle against Palestinians and aganist Arab states as a cosmic battle between forces of good and evil.

So the justifications offered by Israel cannot be meant for the true enemies of Israel, nor can they be aimed at fundamentalist “friends.” The conclusion seems to be that the arguments are meant for a global constituency of reasonable people who do not see Israel and its environment in black and white. People like me.

The problem is that we – the reasonable friends of Israel – do not buy the explanations on offer. Serious legal and moral analyses of military action have no patience with the kinds of justifcations offered by Israel for its actions against protesters in Gaza.

This leads us back to the question: what does it mean to be a friend of Israel? It means that we accept that Israel has a right to defend itself. That is trivial. All states have that right. However, states must also defend themselves according to rules.

Being a friend of Israel could mean that we remind the enemies of Israel that the country consistently ranks between number 20 and 30 on all the important democracy rankings: far from perfect, but certainly better than the global average and better even than some European countries.

Being a friend of Israel could mean that one supports a robust stance against Iranian policies in Syria and the wider Middle East.

Being a friend of Israel could mean that one criticizes the global BDS campaign.

But being a friend of Israel can never mean that we see Israel as fundamentally different from all other states, and it can certainly not mean that we accept indiscriminate and disproportionate violence against Palestinians.

If the Israel’s leadership expects that, they have a fundamentally flawed idea of what friendship means.

Torkel Brekke is a Research Professor at the Peace Research Institute Oslo (PRIO). He is an expert on religion and politics and his latest book is Faithonomics – Religion and the Free Market(Oxford University Press, 2016)

WELL YOU BEST FIND ANOTHER FRIEND BECAUSE ISRAEL IS
FIGHTING FOR ITS LIFE..
IT NEEDS FRIENDS TO JOIN THE FIGHT AND STOP THE TERRORISTS