Is ‘sustainability’ a good guiding principle for migration policy? Or does using this word muddle well-informed debate on international migration? 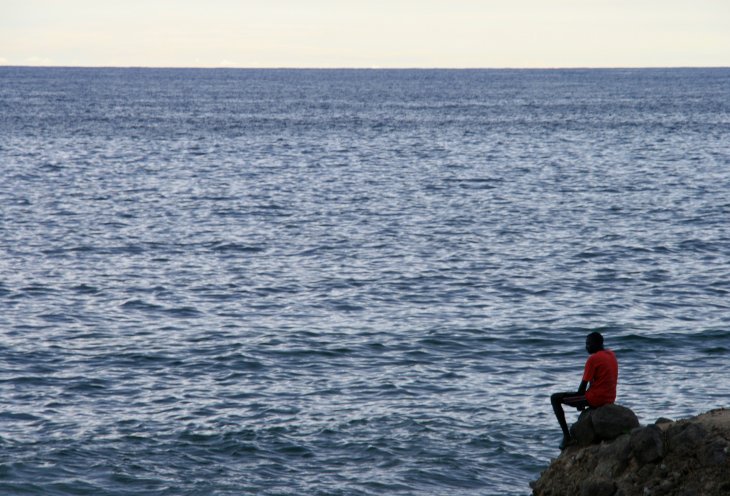 The notion of ‘sustainable migration’ has been floated as a guiding principle for migration policy. Is it a concept we should embrace? On the one hand, it neatly captures the idea that migration should be managed in a way that ensures well-balanced distribution of costs and benefits, today and in the future. On the other hand, ‘sustainable migration’ can serve as a politically charged rhetorical device: it thrives on the liberal and progressive connotations of ‘sustainable’, but implicitly presents migration as an existential threat to society.

In an effort to establish a platform of knowledge on ‘sustainable migration’, the Norwegian Ministry of Justice and Public Security commissioned us to write a paper on how the concept of ‘sustainable migration’ may be defined, applied and understood. We conducted the project in collaboration with our colleagues Cindy Horst and Cathrine Talleraas. The Ministry also commissioned two professors at the University of Oxford, Alexander Betts and Paul Collier, to write a parallel paper.

‘Sustainable migration’ would suggest migration at a level that can continue indefinitely.

We disagree with Betts and Collier on a number of issues. However, we share their view that ‘sustainable migration’ can describe migration that in the best manner possible serves the interests of the country of origin, the recipient country, and the migrants themselves. And our two reports contain proposed definitions that are not so different. Our mandate focused on migration from lower and middle-income countries in the Global South, to high-income countries in the Global North. This is a specific geographic subsection of international migration that accounts for 35% of the global stock of international migrants. For comparison, South–South migration makes up 38%.

Describing something as ‘sustainable’ entails it can be maintained over time. So ‘sustainable migration’ would suggest migration at a level that can continue indefinitely. This may seem like a reasonable yardstick for assessing policy, but unfortunately it is not so simple. Meanwhile, the word ‘sustainable’ is already being used in the immigration debate in Norway and around the world’. This public use happens without connection to ongoing research or the development of analytically meaningful definitions. So what kind of understanding and political message does the use of this word send?

First, keeping migration at a constant level is a poor policy objective. Labour migration can benefit all parties precisely because migration varies in response to economic cycles. By contrast, the asylum regime should be implemented to address an acute need for protection, not to manage a constant stream of arrivals.

‘Sustainable’ is a word with positive connotations … and thus ‘sustainable migration’ sounds like a trustworthy idea.

Perhaps the idea of ‘sustainable migration’ is not so useful analytically, but it has arguably become popular because it is strategically useful for rhetorical purposes. The word ‘sustainable’ is associated with ‘sustainable development’, and by way of extension, with concepts such as ecological balance and global solidarity. In the Norwegian political landscape these values are held the most strongly among people and political parties that are the most supportive of migration. ‘Sustainable’ is a word with positive connotations, which they like to use, and thus ‘sustainable migration’ sounds like a trustworthy idea.

It is a problem if the concepts we use define the issue in a politically biased way at the outset.

In other words, the concept ‘sustainable migration’ functions well in the context of dog-whistle politics – it constitutes a message that appeals to a specific political group without attracting the negative attention of people with opposing views. This does not mean that the concept is always used as a cynical tool by opponents of immigration, but that because it communicates two different ideas simultaneously, it can appeal to people with disparate points of view. It is no coincidence that ‘a sustainable immigration policy’ is one of the headlines in the current Norwegian government platform, supported by both the Liberal Party and the Progress Party.

It is good if restrictive and liberal views on migration can be put forth alongside each other in an informed public debate. But it is a problem if the concepts we use define the issue in a politically biased way at the outset. ‘Sustainable migration’ could convey specific assumptions about migration, implicitly presenting it as a threat that is out of control. Such a starting point is not conducive to an open debate based on well-founded facts and explicitly stated norms.

The value of ‘sustainable migration’ will be determined over the coming years, depending on how it is used, by whom, and for what purpose. If its usage reflects a commitment to a well-balanced distribution of costs and benefits of migration, ‘sustainable migration’ can prove itself as a concept that provides guidance in a challenging field of global policy.