In 2015, the United Nations stated unequivocally in the last progress report for the Millennium Development Goals that “conflict remains the largest obstacle to development”. Yet, reducing conflict and violence in the world was never a target in and of itself under the MDGs. This changed with the inclusion of Goal 16 as part of the Sustainable Development Goals. 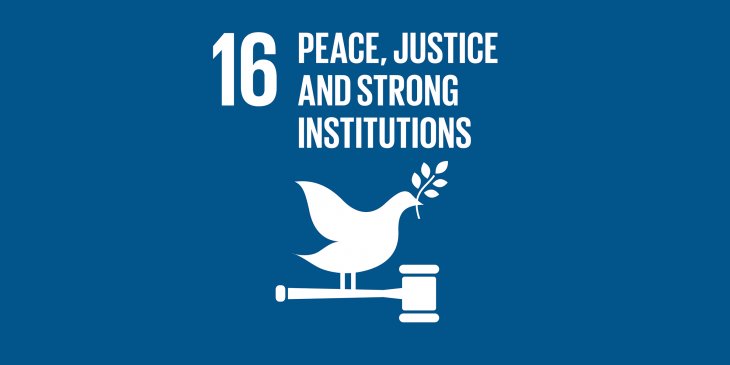 SDG 16 calls for the world to achieve peaceful societies. The UN World Data Forum represents a welcome opportunity to take stock of where we stand today in terms of data and statistics on conflict and violence in the world, and of what we know about how data on violent conflicts can be used to monitor and inform discussions about sustainable development.

Although the long-term trend in armed conflicts and conflict-related deaths continues to be one of decline, large swaths of the world remain ravaged by war. The Uppsala Conflict Data Program (UCDP), the world leader in the scientific collection and curation of data on armed conflicts, counted 49 active armed conflicts in the world in 2017, down from a record of 53 in 2016. Since 1946, the world has never seen so many active conflicts in a single year.

Over 90,000 people were killed as a direct consequence of armed conflicts in 2017, a decline from 131,000 in 2014 and 119,000 in 2015. Yet, the current level of violence is higher than at any other time in the post-Cold War period. Since the end of the Cold War, armed conflicts have trended downward, yet we have recently seen upticks in both the number of conflicts and in the severity of war.

The general trend in the increased number of conflicts is neither a blip nor a trend, but something in between. Only a small number of countries exhibit any significant likelihood of becoming embroiled in war. For these countries, latent conflict is ever present, ready to escalate to minor armed conflict or outright war.

Since World War II, this pool of candidates has shrunk – a process that very much parallels the larger trends in socio-economic development seen over the same period. Every year, some portion of these countries will experience a minor armed conflict or war. The portion involved in fighting thus determines the upswings and downswings in conflict trends. Whether these conflicts continue, and their severity, is shaped by a number of factors, including: the number of actors involved in the conflict, their relative strength, the type of warfare, the nature of foreign intervention, and porous borders.

there are signs of hope for some of the most long-lasting, intractable conflicts

Despite these negative trends, there are signs of hope for some of the most long-lasting, intractable conflicts. A peace agreement was finally signed in Colombia in 2016 with the main rebel group, FARC; the government is currently negotiating a separate agreement with a second rebel group, the ELN. Violence has also declined in one of the main conflicts in the Philippines, in Mindanao, leading to an overall decline in conflict-related deaths in the country.

SDG 16 and data on armed conflict

SDG 16 stands out among the SDGs as being particularly challenging for National Statistical Offices (NSOs) and the international community more broadly. Goal 16 is one of the goals with the most “Tier III” indicators, those lacking an internationally agreed methodology. New and novel partnerships, a core theme of the World Data Forum, are therefore critical if the world is going to progress on monitoring Goal 16 and ensure that its corresponding targets are reached.

data on armed conflict […] is not routinely collected by most NSOs

This is especially true for data on armed conflict, which is not routinely collected by most NSOs. The knowledge base for how to collect reliable data on armed conflict currently, in most cases, does not reside with NSOs. While most NSOs have little or no experience collecting conflict data, some NSOs have valuable experience that they can share. NSOs in long-term conflict affected countries such as Colombia and the Philippines have collected impressive high-quality data on causalities in their wars. In Africa, under the Governance, Peace and Security Initiative of the Strategy for the Harmonization of Statistics in Africa (SHaSA), many countries have used innovative survey methodologies to measure people’s experiences of safety and security. During the World Data Forum 2018, at a session co-organized by UNODC and the SDG 16 Data Initiative, we will showcase novel approaches from non-traditional data providers and highlight the considerable work already undertaken by NSOs in some of these conflict affected countries.

However, the bulk of the work on conflict data has been done by research institutions and NGOs. Among these, the Peace Research Institute Oslo (PRIO) has paved the way in moving beyond aggregate country-level snapshots of the state of world to considering how conflict looks at the sub-national level. This is absolutely crucial if we are to fulfill the central pledge of Agenda 2030: leaving no one behind (which is also thematic area three at UNWDF 2018).

Most armed conflicts today are geographically localized and only affect a small part of a country. To understand the drivers of conflict and to understand how to prevent conflict and sustain peace at the local level, novel uses of geospatial data are critical.

Here, partnerships between research institutions, NSOs and NGOs, using a range of administrative, event and survey data, as well as cutting edge statistical techniques, are needed to ensure we are able to monitor progress on armed conflicts around the world.

Working together with our colleagues at UCDP, government institutions, various UN organizations, such as, the Office of the UN High Commissioner for Human Rights, WHO and UNODC, and the SDG 16 Data Initiative with NGOs across the world, we can strive to ensure that decision-makers have access to the best possible data when making policies for peace.