Plan S.: PRIO would far rather pay fees to ensure that all our publications in subscription journals are made available via open access than be forced to publish our best research in lower quality journals.

The new European Plan S – an open access (OA) policy for research results – is ambitious and radical. It will also come at a very high cost to some of Norway’s leading research milieus. Institutions that compete successfully for the most prestigious research grants will be penalized, because they will be forced to publish their important research in insignificant journals. This is not only a bad way of disseminating research, it will also have a widespread negative impact on recruitment to, and the internationalization of, the best research projects. 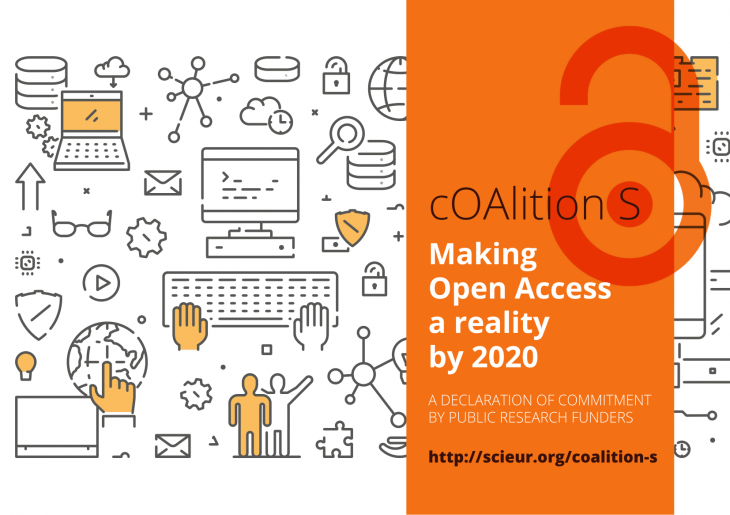 Norway’s support for Plan S was announced on 4 September in an article in the Norwegian financial newspaper Dagens Næringsliv by Iselin Nybø, minister for research and higher education, and John-Arne Røttingen, director of the Research Council of Norway. The plan, which is supported by the research councils of 11 European countries and the European Research Council (ERC), puts forward some drastic measures. From 1 January 2020, all research must be published in journals that adhere to an OA policy for all articles, not accepting buying open access for articles in traditional, subscription-based, or ‘hybrid’, journals.

In practice, this means that the research councils are banning researchers from publishing in all of the best and most important current publication outlets, including journals such as Nature and Science. This policy will come into effect in just 15 months’ time, without any advance consultation at all with research communities. The result is that some of Norway’s leading research milieus are being deployed on the front line of a political OA campaign. PRIO supports open research, and has long been at the forefront of the OA movement. But Plan S will have major unforeseen, negative consequences.

For research institutions that obtain most of their funding from the Research Council of Norway and the EU, the consequences are likely dramatic. These institutions operate successfully in competitive national and international arenas due to their high quality and the excellence of their projects. The effects will be particularly serious for research institutions that, unlike universities have no internal funding for research time. These institutions, which must obtain all their research funding from externally funded projects, will be forced to publish most of their research, and particularly their very best research, in journals that are by no means known for excellence. This is particularly critical for researchers in the social sciences and humanities. In these disciplines, there are almost no OA journals classified as highly prestigious publication channels (i.e. level 2), as currently defined by the Norwegian Register for Scientific Journals, Series and Publishers.

A long-standing key policy goal for Norwegian research milieus has been to position themselves internationally and to publish in the best journals. Plan S will seriously set back achievement of this goal, as leading research institutions will be forced to serve as guinea pigs in a transitional phase of unknown duration and outcome. The stringent restrictions on how we can publish our research will have a serious deterrent effect on all international research partners that are not subject to the same restrictions. Outstanding American and German researchers will not wish to be co-authors of articles that cannot be published in leading journals. Nor will they want to be partners in projects that are subject to such requirements. Young researchers who are trying to get established will avoid research milieus that are subject to such limitations. If entire research milieus are banned from publishing in the best journals, this will undermine their ability to compete and be accepted internationally against other research milieus that are subject to different rules of play. And the rules of play will be very unequal so long as major research nations such as the United States, Germany, Spain, China, Japan and Switzerland remain outside the system. The funding bodies behind Plan S fund less than 5 percent of the world’s aggregate scientific research. Unless the plan gains significantly more traction, the transitional phase will be long and painful, especially for those placed under the most draconian restrictions.

Plan S lacks a clear vision and strategy for how researchers who are not members of wealthy Western institutions should get their work published. A fundamental weakness in the OA publication model is that the costs of publication are shifted from the readers to the authors and publishers. A model in which the entry ticket to a research career is the ability to pay for publication of your own work will create a class system, both nationally and – not least – globally. No subsidy arrangements or well-meaning journal owners will be able to even out the enormous financial incentives that will be created in a system where many researchers cannot pay, but the sustainability of the system is based on those who can.

PRIO is one research environment that will be hard hit if Plan S is implemented in its current form. The institute has successfully established itself as a leading international research environment. This is demonstrated by the fact that PRIO, in three different assessments in the last three years, has been highlighted as one of the most important social-sciences research milieus in Norway. Among other things, this has been made possible because we have performed particularly well in the strategic research programmes intended to promote leading international research in Norway. PRIO hosted one of the very first Norwegian Centres of Excellence, and we have several projects with funding from the highly competitive FRIPRO research programs, including TOPPFORSK and Young Research Talent projects, and a prestigious ERC Consolidator Grant. But soon we will not be able to publish our most important research from such prestigious projects in the best journals.

At the same time, PRIO has long had its own OA policy. We have gone further than is required by the Research Council of Norway to ensure that all our research is openly accessible online. Accordingly, PRIO pays journals to make our publications OA at an early stage, and we now publish all our research articles via the Green OA route, which entails self-archiving the pre-publication manuscript in our institutional OA repository. We also endeavour to ensure that data sets produced at PRIO through the application of public funding are freely available online for use by other researchers and organizations. There have already been significant moves by research institutions to make research results accessible.

a dramatic upheaval with a completely unrealistic timescale

The impatience now displayed by the funding councils fails to recognize these important moves towards greater OA, nor does it recognize the potential of a considered, step-by-step OA model that does not simultaneously demolish the research communities that we have built up so carefully. Instead, Plan S envisages a dramatic upheaval with a completely unrealistic timescale, which will create unreasonable differences in the ways different research environments are treated, both within Norway and internationally. At the very least it should be possible to wait and see how other key parties decide to proceed, so that we do not end up implementing a policy that imposes particular hardship on leading Norwegian research milieus.

One solution could be to accept transitional arrangements with both Gold (whereby authors can pay for freeing up articles in ‘hybrid journals’) and Green (self-archiving) OA routes, until we have an acceptable number of high-quality, OA journals. For PRIO, it is clearly more attractive to pay for all our publications to be made available via OA than to be forced to publish our best research in journals that are not of sufficiently high quality. And politicians should take responsibility for ensuring a level playing field for Norwegian institutions, such that researchers at research institutes are not forced to publish in OA journals, while researchers at universities and university colleges are free to choose where they will publish their research.