Academic publishing, which has long been the stick by which academics measure their prowess, has been repeatedly shown to be yet another arena in which men consistently outperform women. Women produce fewer articles, collaborate less, and are cited less than their male colleagues.

This is an established truth. Or is it? 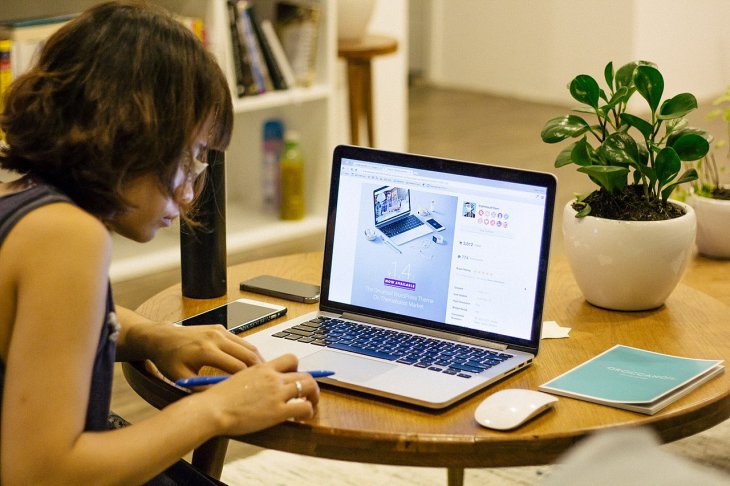 In a project funded by the Research Council of Norway, we analyzed the publication practices of men and women in the Norwegian higher education sector. Norway systematically collects far more detailed publication data than most other countries, providing us a rich dataset to examine publications and author characteristics.

when we stopped comparing all men to all women, but rather compared … female professors with male professors, … most of the productivity differences between men and women disappeared

As in most other countries, men and women in Norway are distributed unequally throughout the academy, both horizontally and vertically. Men dominate the science, technology, engineering and mathematics (STEM) fields, while women are clustered in the social sciences and health sciences. Similarly, most professors are men, while women often outnumber men in the junior ranks. We found that this distribution alone explained most of the gender gap in productivity (the volume of publications produced each year) because publication practices vary both by scientific field and academic position. In other words, when we stopped comparing all men to all women, but rather compared, for example, female professors with male professors, and female sociologists with male sociologists, most of the productivity differences between men and women disappeared.

In addition to being associated with both scientific field and academic position, level of production is also highly skewed at the individual level: throughout the world, a small number of researchers are highly prolific, while most produce more modestly. In Norway, the top ten percent of the most prolific researchers in 2020 generated 43 percent of the publication points (fractionalized publication counts weighted for publication channel level). Most of these “super producers” are male professors, and their extreme productivity lifts the productivity of all men in the sample. Comparing “regular” researchers with each other strongly reduces gender differences.

But there is more to the notion of research performance than simply the volume of publications produced. We also looked at more specific publication practices, such as publication in top-tier journals (which in Norway are called “Level 2” journals). Here we also found only small gender differences, especially when we took into account scientific field and academic position.

The issue of publishing in local languages has been a subject of debate in many countries. In Norway, we see that women publish more often in Norwegian than men. However, when we took into account scientific field, much of this difference disappeared.

Whether researchers publish solo or collaborate with others is also highly dependent on field: in STEM fields, co-authoring with multiple authors is common, whereas in the humanities and social sciences, solo publication or co-authoring with only one or two others is more common. The extent to which other co-authors are “international” is also a publication practice that has garnered interest. We found that at the aggregate level, women clearly collaborate less with international colleagues compared to men. But this also varies considerably by field. As with co-authorship in general, international collaboration is far more common in the STEM fields than in the social sciences and humanities. When we consider scientific field – and the fact that women are strongly underrepresented in fields where such collaboration is most common – gender differences are much smaller.

Several of the publication practices we examined constitute components of the Norwegian Publication Indicator (NPI). Type of publication (journal article, book, or book chapter), share of authorship, quality of publication channel (Level 1 or Level 2), and international collaboration are all weighted and used to measure research performance. This results in publication points, which are then used to help distribute funding to research-producing institutions in Norway. Even though this indicator is not intended to be used at the individual level, it is often used to, for example, rank individuals in hiring processes.

In principle, the NPI is gender neutral because all publications are credited in the same way regardless of the author’s gender. In practice, however, the indicator shows a surprising gender bias. As described above, we find minimal gender differences for each of the components. And even while, after controlling for academic field and seniority, the gender differences did not disappear entirely, these differences were so small that we should not expect to see notable gender differences in publication points awarded. But what we saw instead was that the small gender differences that remain become augmented through the NPI. None of the components alone had a dramatic impact, but each had a small, cumulative effect. Women on average receive 10 percent fewer points per publication – despite publishing almost exactly in the same way as their male colleagues. The small differences that exist are the ones that “count” in the context of measuring research performance. This reflects a gendering of excellence that stems largely from the unequal distribution of women throughout the academy where “excellence” is associated with the publication practices common to STEM fields (especially emphasis on publication in journals, compared to books, and high levels of international collaboration).

Despite the rhetoric about gender differences explaining publication practices, we find little evidence for gender alone as an explanation for gender differences in research performance at the aggregate level. What this means is that women do not necessarily produce fewer articles (or write more book chapters) because they are women – but because they are more often in junior positions and in fields where fewer articles are produced. Our findings suggest that women do not have a “publication problem”, but rather that our understanding of how publication practices vary across fields and different academic positions lacks nuance.

The studies can be found here