International peace mediation has undergone many changes in the past decade. While its fundamental principles have remained the same, the increased digitalization of peace mediation coupled with the practical challenges of peacebuilding during a global pandemic has necessitated the introduction of digital tools and virtual platforms.

These developments have accelerated the use of digital technologies in national consultations and in mediation work, making them important and unavoidable considerations for mediators. 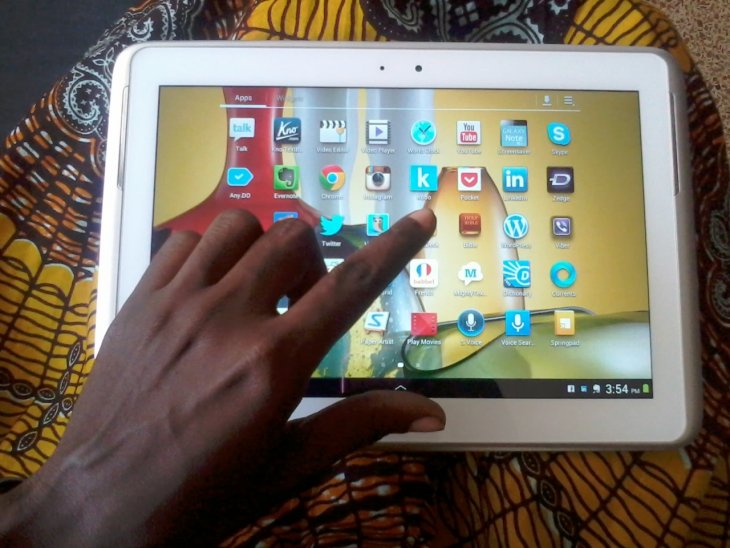 While two years of a global pandemic have undoubtedly demonstrated the inherent benefits of digital technologies, they have also revealed its weaknesses. From the spread of misinformation in fragile contexts to undermining trust and confidentiality during negotiations, the potential pitfalls of digital mediation are numerous.

Therefore, the question remains whether digital platforms and tools will continue to be relied upon by mediators as the world gradually recovers from the pandemic. Do the potential benefits of digital mediation outweigh its drawbacks, and is digital mediation here to stay?

“Digital peace processes” is a term that has come to encompass a wide range of activities, from using digital tools in consultation processes to having fully virtual negotiations with digital mediators.

The COVID-19 pandemic served as a tipping point, demonstrating the advantages of digital peace processes in a time of travel restrictions and lockdown measures.

The use of digital tools and platforms in peace mediation is regarded by many as a natural evolution of the increased digitalization of our daily lives. With the growing use of digital technologies in most professions, mediation and international conflict resolution has profited from the vast benefits of technology. The COVID-19 pandemic served as a tipping point, demonstrating the advantages of digital peace processes in a time of travel restrictions and lockdown measures. Both before, and during, the pandemic, digital peace mediation served a variety of practical purposes, allowing negotiators and mediators alike to meet despite geographical barriers. At the consultation phase of processes, digital tools allowed thousands of otherwise spectators to provide input on different aspects of peace processes.

Beyond such practical uses, there are inherent benefits of digital mediation strategies that are directly tied to some of the core values of peace-making in the 21st century, which have served to accelerate its use in mediation today. Legitimacy and public support, for instance, are key to successful implementation of peace agreements, and to lasting peace. If used correctly, virtual platforms can increase the legitimacy of a process in multiple ways.

… it can improve the legitimacy of the process through transparency.

First and foremost, it can improve the legitimacy of the process through transparency. As peace diplomacy has evolved beyond the smoke and mirrors of traditional diplomacy, conflict-affected populations are increasingly demanding transparency from negotiating parties. While a certain level of confidentiality is necessary at different stages of a process, transparency builds trust between the mediators, the conflict parties, and the public. A recent example of this increased focus on transparent negotiations is the Nicaraguan National Dialogue process of 2018. During the dialogue process, the opening session was televised for the Nicaraguan public, a symbolic gesture of the public’s important role in the process (pg. 29). Thus, while transparency may elevate the public stakes of consultations, it may nevertheless, strengthen the overarching process.

[A] … related advantage is legitimacy through inclusion.

The second, related advantage is legitimacy through inclusion. The issue of inclusivity – who gets a seat at the negotiating table, and who does not – is inextricably tied to the perceived legitimacy of a peace agreement. Using digital technologies can facilitate the consultation and involvement of more people at different stages of a process. It can also empower marginalized groups (particularly women), as it allows individuals to engage in consultations (and/or negotiations) from undisclosed locations, or hard-to-reach, dangerous and besieged areas. In this way, digital platforms broaden geographical outreach, as well as social inclusion. In the 2018 Libyan national consultations, for instance, a website was created to facilitate broad participation by the Libyan public – particularly the politically and socially marginalized – while also accounting for security-related and geographic considerations. According to a report by the UN Department for Peacebuilding and Political Affairs and Centre for Humanitarian Dialogue, it is estimated that one million Libyans were reached, with 1,700 questionnaires completed on the website (pg. 25).

Who gets a seat at the table?

… the use of digital technologies can serve to exclude segments of the population which do not have access to or are unable to use digital platforms.

While there is evidently a range of direct benefits from the use of virtual platforms in mediation, there are several issues mediators must consider when choosing the right negotiation and consultation platforms. One of the biggest concerns when designing a peace process relates to the question of who gets a seat at the table. In recent years, scholars and practitioners have highlighted the issue of the ‘digital divide’, arguing that in some cases the use of digital technologies can serve to exclude segments of the population which do not have access to or are unable to use digital platforms.

This ‘digital divide’ encompasses a range of different barriers which may limit or restrict a group’s ability to participate and engage in digital processes. These barriers limit access for populations living in areas with poor infrastructure (limited access to electricity, internet, etc.), and populations of a particular socio-economic standing, who cannot afford internet-enabled devices, or who do not have access to internet cafés, libraries, or community centres. Finally, lack of literacy – particularly digital literacy – may represent a barrier to reaching a broad spectrum of the population, with worldwide literacy rates being estimated at 86%. While there is no global standard for digital literacy, research suggests an even greater global disparity, with approximately three billion people worldwide remaining “unconnected”. These divides are arguably the most pronounced at consultation and implementation stages of peace processes, as these are the stages where digital technologies have most commonly been employed.

When it comes to the issue of inclusivity, research has shown that it is women who are the most affected by the above-mentioned barriers. Notably, women’s mobility and freedom to access the internet can be restricted in certain societies, or in individual households. Women are, furthermore, less likely to own a device with internet access, and are more vulnerable to online harassment. According to the World Bank, women in developing countries are 25% less likely than men to be online, with a 45% lower likelihood for women living in sub-Saharan Africa.

The gender dimension of digital inclusivity cannot, therefore, be denied. This gender gap is compounded by women’s historical exclusion from peace negotiations, whether that be as negotiators, signatories, or participants. According to UN Women, between 1992 and 2019, just six per cent of signatories in major peace processes were women. A further 70% of peace processes worldwide did not include any women mediators or signatories. With this said, while the promise of digital peace consultations includes inclusivity and broadened social outreach, it comes at the risk of the structural exclusion of segments of the population.

Beyond these structural dynamics, the use of digital platforms involves a certain level of risk, which can compound already-fragile peace negotiations. In order to promote an atmosphere conducive to high-stakes negotiations, mediation practitioners have highlighted the importance of creating confidential spaces, as well as the necessity of a certain level of secrecy during some stages of negotiations. They have further expressed concern over the fact that it is difficult to recreate the same atmosphere in digital environments as in in-person negotiations. With modern-day negotiation strategies being founded on trust-building between conflict parties, a pure-digital approach to peace mediation arguably challenges some of the basic principles of mediation. At the same time, with the practice of diplomacy undergoing significant changes, the question must be asked whether these principles, too, are outdated.

The more immediate risk associated with digital technologies arises not just from digital platforms being vulnerable to hacking, and abuse or persecution of its participants, but also from the fact that such formats often allow conflict parties to have access to the “outside world” through their digital devices. This type of access can accelerate the flow of misinformation and obstruct the negotiations. According to the UN Standby Mediation Team, during the 2016 peace talks, “Yemeni parties received information through an instant messaging application from its allies on the ground, leading to a walk-out of the negotiating team, temporarily halting the talks” (pg. 22). While this information was proved inaccurate, the issue of continuous information streams resulting in delayed or halted negotiations can, in certain cases, make mediation work significantly more difficult.

… addressing these challenges is more a matter of managing risk rather than excluding digital technologies all together.

It is arguable that addressing these challenges is more a matter of managing risk rather than excluding digital technologies all together. For instance, during the Libyan national consultations, an agreement was made with Facebook to remove negative content and comments that were harassing consultation participants. This is just one example of strategies that can be implemented to address the concerns that come with using digital platforms and tools. Indeed, while public platforms open participants up to a certain level of risk, this can be managed by implementing lessons learned from previous processes, or by anticipating potential challenges.

Management also becomes a matter of process design (i.e., the design or architecture of a peace process). According to a report by the Norwegian Centre for Conflict Resolution, mediation teams and peace process conveners must carefully choose digital tools, “selecting them to match the objective of the engagement with the overall context”. Just as scholars of conflict resolution have argued that a successful peace process is dependent on matching the right approach to the right stage of the conflict, the successful implementation and use of digital tools and platforms in peace processes is a matter of matching the right tools to the right time. While digital processes are most used in national peace consultation processes, the increased use of hybrid mediation strategies (i.e., combining digital and analogue means of mediation) will show, over time, how digital tools – in all its different forms – can be leveraged at different stages of a process.

What does the future hold?

Digital technologies will continue to be an integral facet of mediation, from the consultation stage to the final stages of implementation.