The media has yet again turned its attention toward the women of ISIS.

Currently ISIS only occupies one square kilometre of the so-called caliphate they once had, and as the final battles to regain former ISIS-controlled territory are unfolding, more and more ISIS fighters’ wives or widows have ended up in refugee camps all over Syria and Iraq. These wives and widows no longer have a caliphate to look to and many are reaching out to their home countries for assistance to return home. Many do so with the hope of providing a better life for their children. 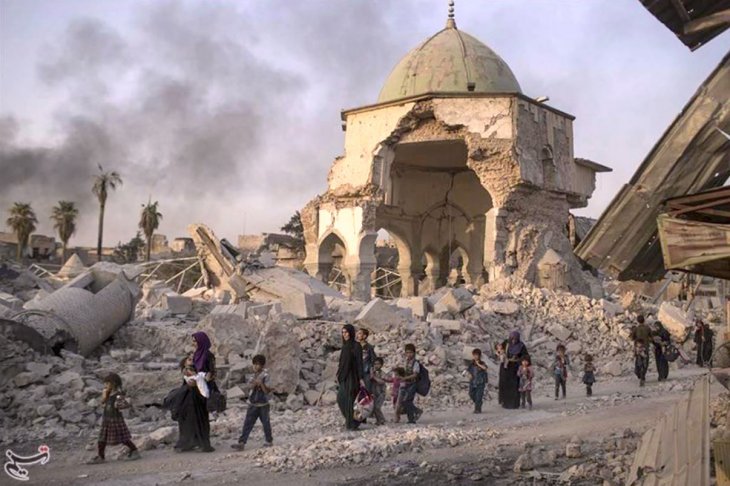 Last year, Norwegian Aisha Shezadi called out to the Norwegian government to help her and her son return to Norway. The Minister of Justice, Tor Mikkel Wara, replied that an assisted return was out of the question. They may return on their own, but then prosecutions will follow, Wara further explained to Norwegian TV2. Similarly, an American and a Canadian woman, one of them with a child, are communicating their desire to return home through the media. Americans have actually, for the most part, repatriated most of their captured male fighters. It is unclear, however, why many women, as well as their children, have not been.

The women were in large part considered to be either fooled, groomed, duped or brainwashed into travelling.

Britain is dealing with a similar dilemma. In 2015 the three so-called Bethnal Green schoolgirls left their homes to join ISIS. One of the women, now aged 19, is asking the British government to assist her and her son back to England. A British official has responded that she will not be able to return home, as she will lose her citizenship upon arrival. “Actions have consequences,” the British official added.

When I wrote my master’s thesis in 2017 I studied how the Scandinavian and British media portrayed women travelling from Western and Northern European countries to join ISIS. My findings suggested an understanding of these women as solely victims of radicalisation, propaganda and persuasion by the ISIS men they were chatting with online and whom they eventually travelled to marry. The women were in large part considered to be either fooled, groomed, duped or brainwashed into travelling. The Bethnal Green schoolgirls actually acted as poster girls for this view in my thesis.

In response to the girls leaving to join ISIS in 2015 a police commissioner of the Scotland yard police force said to The Telegraph that there was a “‘difference between the person running around northern Iraq with a Kalishnikov’ and three schoolgirls who had been duped into travelling to Syria.” He further stated that the three Bethnal Green schoolgirls would not face terrorism charges if they were to return to Britain. Now there seems to have been a complete reversal. Four years later, British officials state they will lose their citizenship and further reminds them that actions have consequences. The rhetoric has changed dramatically.

The significance of women’s involvement in ISIS should not be underestimated.

Perhaps the rhetoric in 2015 reflected the lack of discussion around women’s potential roles in terrorist organizations. That could in turn be due to the traditional ideas around women and violence, where their involvement is explained as either a result of brainwashing or mental illness. Similar cases have been seen in literature on women’s involvement in the Chechen war. One reason for the change in rhetoric could therefore be due to a change in perception of the ISIS women. The women’s potential return could also have been considered too far into the future or a scenario that would never occur. They might also have thought a mild response in the media could make the girls want to return home.

Other explanations could revolve around whether a political shift has occurred, perhaps because of the number of terrorist attacks in Europe, or because of shifting government constellations. A combination of two or more of the explanations above is likely.

It is difficult to know exactly what has influenced this dramatic change in rhetoric, but it is evident by states’ recent responses that women’s involvement is now considered something to take as seriously as men’s involvement in terrorist organizations.

The state has responsibility for a potentially traumatized child with a rather grim future.

Even though my thesis urged the media and state officials to take the women and their involvement in ISIS seriously, it’s unclear whether revoking citizenship is a suitable measure. That measure will also render Shamima Begum’s son stateless. This is a son born in the caliphate, who cannot be held accountable for his mothers’ actions and for whom the British state should be responsible for as a consequence of their commitment to the United Nations Convention on the Rights of the Child. The argument for Begum representing a potential threat to British or European citizens is understandable, but it is possible to separate the threat from the mother and the undeniable rights of the innocent son. The state has responsibility for a potentially traumatized child with a rather grim future.

Future considerations of governments facing potential returns of ISIS women should evolve around a fair prosecution equivalent to their involvement in the organisation, as well as a reintegration perspective where children’s well being and rights should take priority. The significance of women’s involvement in ISIS should not be underestimated, but rash measures which mainly aim to please voters should be reconsidered carefully to protect the children involved. The focus should be on how we can reduce the number of traumatized young men and women moving stateless around the Middle East and Europe, potentially posing a bigger threat to our security than allowing them back into the country, and of course their own well-being. We need to stop perpetuating the circle of violence.