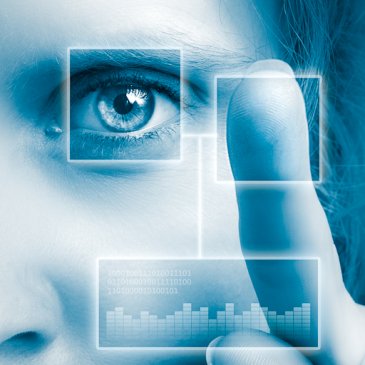 A report by Nina Boy, Elida K.U. Jacobsen and Kristoffer Lidén addresses the widespread ethical issues raised by the increasing use of biometric technologies. It concentrates on the social and political effects of novel governmental schemes of policing, surveillance and identity management that combine biometric information with cloud based computing and the automated analysis of big data.

The potential for sharing biometric data on web-based servers, as well as combining these data with other data for the sake of public and commercial service delivery are changing the political and economic significance of biometrics.

Therefore, it is important to understand the uses of the technology, and the ethical questions that arise. So far, ethical considerations of biometrics have highlighted the consequences for the privacy, autonomy, welfare and security of individuals.

In addition to such impact on individuals, biometric schemes also affect societal bonds and cohesion, as well as political order. The report concentrates on the social and political dimensions of these concerns, as aspects of the societal ethics of biometric technologies.

In order to devise political responses to the increasing usage of biometric technologies in governance and commerce, it is essential to understand their perils and promises. The report draws on examples from around the world of relevance to the legal regulation of biometrics in Europe in particular. The report:

• Highlights the benefits and problems of biometrics.

• Investigates European politics and legislation by providing an overview of the introduction of biometric schemes of refugee management, national ID and policing in the European Union.

• Presents three cases of how social institutions are affected by large-scale biometric schemes of public governance: 1) counter-terrorism and policing through facial recognition in the UK; 2) the EURODAC system for asylum and refugee registration in Europe; and 3) India’s massive biometric scheme of national IDs for multiple purpose.

• Outlines a range of broader societal perspectives that ought to be considered when regulating new applications of biometrics.

In the conclusion, the argument of the report is summed up and a set of issues for further consideration are suggested. The authors reflect on societal questions regarding future use of biometrics, including:

• What will the effects be on the social bonds of community – of trust, belonging and of mutual care?

• How will biometric databases affect divisions of power between citizens and the state?

• Will biometric technologies change objectives and procedures of government, and will they lead to suppression of democratic rules

• How do biometric technologies affect relations between citizens? What about between citizens, the state, and corporations? Will future biometric usage change relations of power between states?
The report ends with a list of suggestions for further reading.

The report is the second edition of a report written in the SOURCE Societal Security Network, as part of a broader investigation of the ethics of societal security. The full report can be read here.