Japan and South Korea are facing the worst deterioration of bilateral ties in history after the 1965 normalization treaty came into force. Unfortunately, people in both countries seem to have forgotten that they successfully co-hosted a FIFA World Cup in 2002. 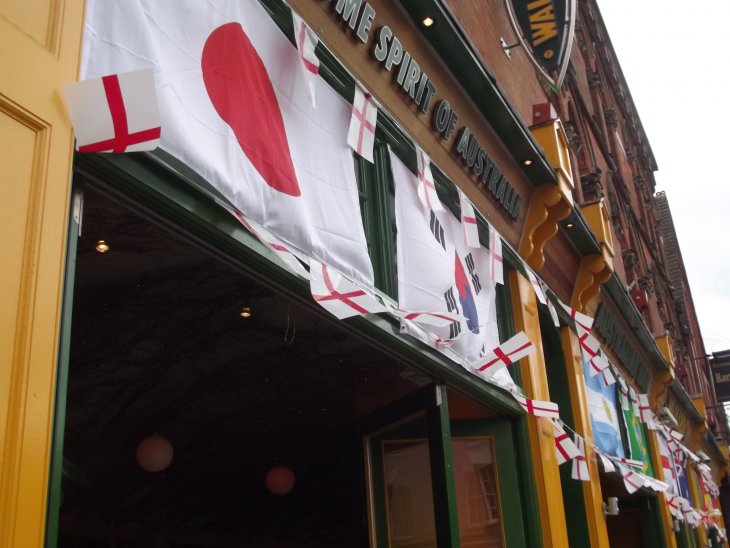 At this moment, there is absolutely no welcoming mood on either side to promote bilateral cooperation, even though they share a common enemy (i.e. North Korea) that is not giving up its nuclear project and missile projects, which could directly harm two countries (e.g. Mr. Kim’s military recently had fired multiple short-range missiles that could reach to South Korea and Japan). While Japan and South Korea are highly dependent on each other for their high-tech industrial products, people of the two countries have placed the value of trade dependency significantly lower than fulfilling their nationalistic pride.

The deterioration of the two countries’ bilateral relationship is a serious concern for the United States of America, which has military alliances with both Japan and South Korea. Indeed, the US had offered a mediation to the two countries but it does not seem to be working as expected. An article entitled “As Japan and South Korea Feud Intensifies, U.S. Seems Unwilling, or Unable, to Help” appeared in New York Times on August 4th 2019. The article provided a pessimistic view on US mediation to Japanese and South Korean diplomatic feud over their “history problem” and trade control.

In this post, we would like to provide some scientific data pertaining to the questions of how the Japan and South Korea feud intensifies (for instance, why anti-Abe, left-wing Japanese would not strongly oppose his hardliner policy toward South Korea) and if the U.S. is able to help to get these two countries attain a better relationship.

While Japan and South Korea are highly dependent on each other for their high-tech industrial products, people of the two countries have placed the value of trade dependency significantly lower than fulfilling their nationalistic pride.

Let’s start with the first question: Why would anti-Abe, left-wing Japanese not strongly oppose his hardliner policy toward South Korea? It could be the case that they have been persuaded by Japanese government’s anti-Korea PR information.

Last December, there was an incident in the Sea of Japan (or East Sea for South Korea). Japanese government claimed that a Korean destroyer had used fire-control radar (FCR) against a patrol plane of the Japanese Maritime Self-Defense Forces in an open sea. As a reaction to it, South Korean government criticized Japanese government for its patrol plane flying significantly low and threatening the humanitarian rescue operation conducted by the Korean destroyer. The two governments had once agreed to deal with this incident in a closed, working-level talk of the defense ministerial officials. However, they failed (see here for one of the authors’ explanation as to why they could not stop denouncing each other and could not seek diplomatic solution in a closed-door session).

Both governments ended up in further denouncing each other in public statements, publicizing the recorded sounds of detected radar and even showing a short movie on their official websites, respectively. These pieces of evidence contradict each other and there is no objective evidence as to who is telling the truth. The verbal fights over this incident by two governments could be the start of the worst deterioration of this bilateral relationship. 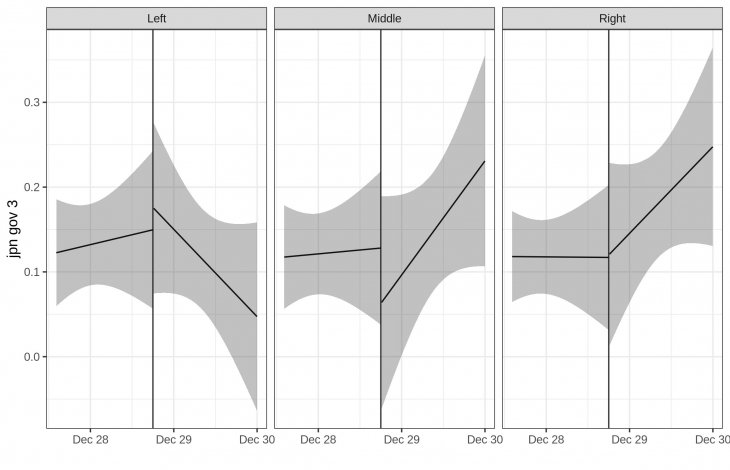 Figure 1. Prime Minister Abe should hold silence: Before and After Publicizing the Movie

Our team of JSPS Kakenhi 17H00973 (PI Atsushi Tago, and Co-PIs, Shoko Kohama at Hokkaido University and Kazunori Inamasu at Kwansei-Gakuin University) collected data of public opinion regarding the incident at multiple points in December 2018, January and March 2019. Figure 1 shows how the government’s denouncement changed people’s perceptions in a surprising direction (Figure is made only by using 2018 December data; Figure 2 is the same data but in a different graphic presentation). The panels show left-wing, middle-, and right-wing reactions to the question “do you support Prime Minister Abe to for not directly engaging in denouncement)”. The line in the middle in each panel is drawn at the timing of the movie publicized by Japanese Defense Ministry, evidence that Japan had first provided. 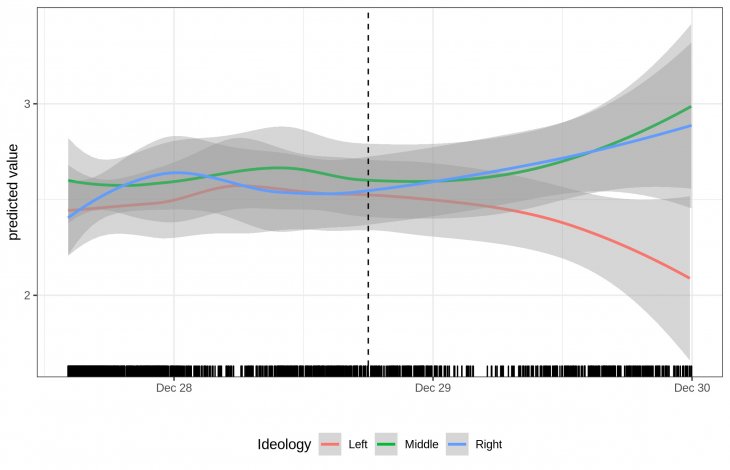 While the left-wing people supported the Prime Minister speaking openly, the middle- and right-wing people tended to support his silence after the movie. It is quite interesting that the left-wing people think its leader should start saying something more on the incident after seeing their movie. This could be because 1) they realized the movie was persuasive enough to accuse the other side and persuaded by the content, and 2) they wanted the Prime Minister to explain its intention since the situation seems to be a serious one and further escalation should be stopped with more accountability of political leadership. By contrast, the middle and right-wing people may consider that the movie was just enough evidence and no more accusation by the executive was necessary since they know the movie evidence is proof of Japanese legitimacy. Or, it could be due to their attitudes toward the South Korean government

We admit that there should be further analysis of the data (and we will do so in an academic paper in the very near future). While it is a tentative analysis, we can probably say that government information transmission may change the targeted people’s (in this case, the left-wing, would-be anti-Abe public) perception and their reactions toward the outgroup.

While we see a terrible deterioration of the bilateral ties between Japan and South Korea, there may still be a hope because there is something that a third party like the USA can do.

Now, we would like to answer the second question about possible US influence toward a better Japanese/Korean relationship. Should we give up on a better bilateral relationship between the two countries? While we should be conservative when assessing the empirical evidence in a different setting, one of the authors’ experimental research in Japan and South Korea a couple of years ago suggests there is a chance that the US government may have the power to change Japanese and South Korean perception in a positive direction.

The data shows that US made a short (38 seconds) PR movie that calls for Japanese-Korean cooperation, which increased positive public perception toward bilateral cooperation between Japan and Korea. In particular, the movie works better on a particular targeted group (the right-wing people in Japan and the left-wing people in South Korea). Importantly, the movie increases support of bilateral cooperation not only for national security but also other issue areas such as economic and environmental policies. While we see a terrible deterioration of the bilateral ties between Japan and South Korea, there may still be a hope because there is something that a third party like the USA can do.