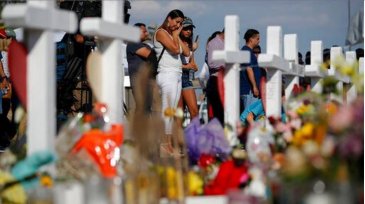 An August 3, 2019 mass shooting in El Paso, Texas highlights the continuing presence of racially-motivated violence in the United States. The shooter expressed white nationalist and anti-immigrant sentiments in a manifesto written prior to the attack, and the American news media has begun to frame the attack as one of “domestic terrorism.” As the American public waits to learn how the shooter will be formally charged, how the attack is discussed and described in the media has implications for the public perception of and response to such violence. The language used to describe attacks like this, including the attack in Norway just before Eid, is important for recognizing them as a part of a much larger trend of white-nationalist violence.

There are many ways in which to describe violence motivated by hate towards others, but why is such language particularly important to consider in the wake of several attacks and attempted attacks motivated by white-nationalist sentiments? The use of terms like hate crime and terrorism have distinct connotations; these have implications for perceptions of violence, political attitudes, and broader political context in which we understand political violence.

Historically, we see that racially-motivated violence is intended to elicit fear among the victimized, send warnings to others, encourage out-migration, or police borders both physical and social. That is, where the law cannot or will not formally levy punishment for perceived threat or wrong-doing, violence is used to signal that a boundary has been overstepped. For example, in the mid-20th century, the bombings of black homes and churches became frequent in the American South as segregationists pushed back against residential integration and the rising Civil Rights Movement. Anti-Latino violence in the United States has also been prevalent, specifically in areas along the border with Mexico. Here, lynchings and state-sanctioned violence terrorized communities. These acts are not new. They have simply taken on varying names and labels over time.

Over time, racially-motivated violence manifests itself as lynchings, church arsons, mass shooting, disturbances, riots, uprisings, outrages, among other forms. Most prominent among these today is hate crime. But what we also see, when we look directly to the language of the victimized, is the word terrorism.

PRIO’s Consequences of Contention project brings together a wide-variety of data from the United States to study the after-effects of contention. In this process, the ever-present nature of racially-motivated violence in the country is apparent – so too are the multitude of forms and titles that such violence takes. Over time, racially-motivated violence manifests itself as lynchings, church arsons, mass shooting, disturbances, riots, uprisings, outrages, among other forms. Most prominent among these today is hate crime. But what we also see, when we look directly to the language of the victimized, is the word terrorism.

Reports of lynchings which stretch back to the 19th century use terrorism to describe violence against African-Americans, as do black-run newspapers and publications which highlight atrocities committed against black citizens at the hands of police, klansmen, and neighbors alike. In the present-day, though, the connotation of this word is tightly intertwined with Islam and Muslims. Strong associations have been drawn between Muslims and acts of terrorism in the United States, due in part to the substantially greater news coverage that attacks committed by Muslim perpetrators receive.

Biases also exist in how Americans perceive hate crime, and the two terms are often placed in opposition to one another. With the development of hate crime laws and legislation these forms of contention have come to acquire differing labels: hate crimes are defined by the targeting of a specific person or group on account of protected identities, and terrorism by its intent to coerce and intimidate governments and citizens alike. Substantial variation in sentencing and statutes of limitations also exist between these two legal entities. This distinction is important to note, because it means that acts of violence which fall under these categories – while perhaps of similar characteristics – are viewed and understood differently.

Respondents noted that they thought of hate crimes as isolated acts, while terrorism created greater destruction and had a broader impact.

Along with Corina Simonelli (PhD. Candidate, University of Michigan), I find evidence of stark differences in how the American public views violence described as hate crime when compared to violence described as terrorism. In a survey experiment, we find that when we provided no label of hate crime or terrorism, acts of violence targeting African-Americans were perceived more frequently as hate crimes than as acts of terrorism when compared to act of violence targeting white people. This percentage is particularly high when we explicitly identify a white suspect as having perpetrated the violence against African-Americans.

We also asked respondents why they made the labeling choices they did – what characteristics made them consider an act of violence terrorism rather than a hate crime? The answers we received presented several patterns. First, and unsurprisingly, clearly designating that a racial group had been attacked gave respondents leverage to believe the violence they read about was a hate crime. Second, respondents noted that they thought of hate crimes as isolated acts, while terrorism created greater destruction and had a broader impact. That is, respondents noted that because hate crimes were targeting specific groups, their impact did not have the same wide-spread consequences of a terror attack.

Finally, participants challenged the idea that the concepts are mutually exclusive. Acts of terrorism cannot be fully separated from those acts classified as violent hate crime. Many respondents told us that mass shootings were acts of terrorism, no matter the target, and that the two entities – hate crime and terrorism — are overlapping regardless of legal code.

Acts of violence that are motivated by racial bias – no matter the racial group – often are not perceived as terrorism that has consequences for entire communities, if not entire nations. They are falsely framed as isolated incidents only of concern to the groups targeted.

I find this to be a particularly critical point – violence motivated by racial bias does not exist separately from terrorism, though legal provisions might have us believe so. The attack in El Paso exhibits this, as the perpetrator’s motivations have clearly connected it to a larger network of attacks around the world motivated by an ideology of white-nationalism.  From Oslo on the 22nd of July, 2011, to Charleston, South Carolina, to Christchurch, New Zealand, to El Paso, and now back to Oslo, the links of white-nationalism which draw these attacks together have made it apparent that these are no longer isolated incidents.

The Norwegian press has placed the terrorism frame front and center in their coverage of the attempted attack on the Al-Noor Islamic Centre. They have acknowledged both the Islamophobia which motivated the attack, and so too its inseparability from violence with similar aims around the world. This was not the case in the aftermath of the 22nd of July attack, where the perpetrator’s motivations were de-politicized, effectively removing the attack from a discussion of motivation. Recognizing the attack in El Paso, as well as others elsewhere, as terrorism is a recognition of deeply-rooted and far-reaching contention. Acts of violence that are motivated by racial bias – no matter the racial group – often are not perceived as terrorism that has consequences for entire communities, if not entire nations. They are falsely framed as isolated incidents only of concern to the groups targeted. If attacks such as these are to be considered of importance and urgency to the American public and the world more broadly, then we must acknowledge that how we speak about these events is critically important for how they are perceived.

Kiela Crabtree is a PhD. candidate in the Department of Political Science at the University of Michigan and visiting researcher at PRIO. Her research considers the political consequences of bias-motivated violence in the United States.