This week, we’ll be marking International Open Access Week with a series of short blog posts on open access and open science at PRIO. Today, we kick off the series with a blog by Nils Petter Gleditsch. We asked Nils Petter – a long-standing cornerstone of the community here at PRIO – to reflect on the importance of openness for peace research from the very beginning, and PRIO’s role in this story. Here’s what he had to say. 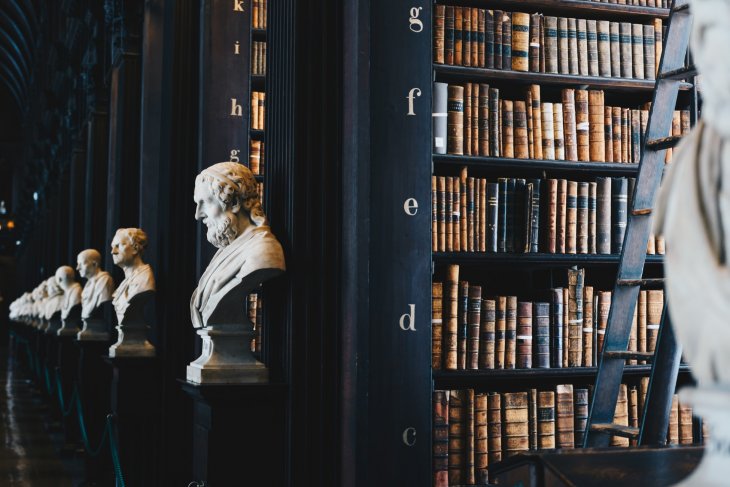 From the start, peace research has aimed to produce first-rate research and make it available not only to the research community but also to the general public. An editorial in the very first issue of Journal of Peace Research* stated that it ‘is our goal to make the bulk of the articles professionally adequate, as well as accessible to the informed public.’ Moreover, the ‘articles … should be of interest not only to social scientists and to those who are daily making decisions affecting the future of mankind, but to everyone concerned about the vital problems of war and peace.’**

Over the years, openness has been pursued in various ways: One way was to set the price for individual subscriptions to the journal low enough ($4 per volume year, 1964–68) to permit interested members of the general public to subscribe. For the first few volumes, many did. But after a while most non-professionals found the research articles hard going.

In the age of electronic publication, the transmission of written products of research has been immensely simplified with much lower costs. Since peace research, like most academic research, is typically funded by public grants, the idea has gained traction that these research products should be free and available to everyone.

A second approach was to encourage authors to make sure that the published articles ‘have relevance to the present international situation’.*** Readers of the journal and of articles and books from PRIO scholars can judge for themselves how well this goal has been met. In the current issue of JPR (September 2019), the six regular articles all have titles that point directly to problems that should allow the alert consumer of news media to easily recognize the potential policy relevance.

A third approach was to link peace research to the peace movement as well as to the policy community. The International Peace Research Association, under whose auspices JPR was published for decades, was deliberately set up to include participation from activists in the peace movement. At the same time, peace research institutes took on projects from international organizations, global and regional, as well as national ministries of foreign affairs and defense. Activists as well as policymakers were encouraged to formulate questions (such as ‘Under what conditions can nonviolent resistance change power structures?’ or ‘Is nuclear deterrence effective in securing peace?’) on which peace researchers could have a reasonable hope of shedding some light, if not to formulate definitive answers. Such interactions can become problematic if and when a partner is not satisfied with asking the questions but wants scholars to come up with evidence for pre-selected answers. But the goal of a meaningful dialogue has survived.

Openness can also contribute to quality control. This is particularly evident in the call for replication data.

In the age of electronic publication, the transmission of written products of research has been immensely simplified with much lower costs. Since peace research, like most academic research, is typically funded by public grants, the idea has gained traction that these research products should be free and available to everyone. While this notion is appealing, and in the best tradition of open peace research, the question remains of how to fund the publication process, including peer review, editorial work, and copy editing. Some research projects have built-in funds for paying for these services in ways other than subscription and download charges. Those that do not run the risk of paying for openness through sacrifices in quality control.

However, openness can also contribute to quality control. This is particularly evident in the call for replication data. Many journals now have mandatory requirements for posting systematic data on their website, to allow other scholars to check on the reliability of the empirical results. Journal of Peace Research has been one of the pioneers in this development. Hundreds of datasets have been posted on the journal’s website**** and are regularly downloaded and used in new studies, thus permitting new scholars to stand on the shoulders of their predecessors. Looking back at sixty years of efforts to ensure open peace research, I am inclined to see this as our most important contribution to date to the combined goal of open science and quality control.

*An editorial. Journal of Peace Research 1(1): 1–4. (Anonymous, but in fact written by the editor, Johan Galtung.)

Nils Petter Gleditsch is Research Professor at PRIO and professor emeritus of political science at NTNU. He served as Editor of Journal of Peace Research from 1983 to 2010.