Court proceedings don’t necessarily help bring about peace; sometimes they do quite the opposite. 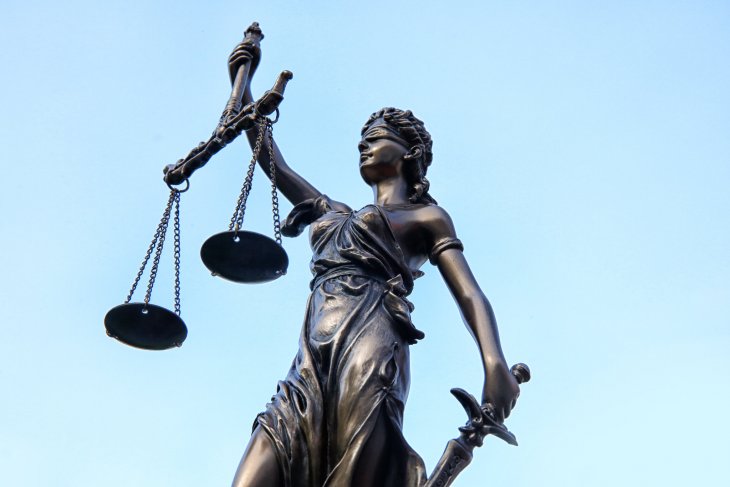 It is easy to agree that people who have committed gruesome crimes should be held accountable. But in the fight against impunity for international crimes, we risk ignoring the consequences of the legal systems we are promoting.

Trials do not necessarily help bring about peace and are sometimes counterproductive. It might be time to reassess the monopoly that the criminal justice system holds on our concept of justice.

Bearing in mind the legacy of the Nuremberg and Tokyo trials after World War II, crimes against humanity and war crimes are no longer seen as an unavoidable part of armed conflict, but as international crimes. But this shift has also brought a new strategic tool in armed conflict – the judicial system.

Bosco Ntaganda became one of only nine people who have been found guilty by the ICC, 17 years after the court was established. Far more are convicted by national courts, and still more go free.

In its pursuit of justice, the international community has built up a system of laws and judicial institutions designed to hold the perpetrators of international crimes accountable. International tribunals were set up in the wake of the wars in the former Yugoslavia and the genocide in Rwanda. In 2002, the International Criminal Court (ICC) was established as a permanent global court.

Prosecuting the perpetrators of war crimes in an international court is a long and complex process. In July 2019, the warlord Bosco Ntaganda was convicted of war crimes and crimes against humanity committed in the Democratic Republic of the Congo (DRC). He became one of only nine people who have been found guilty by the ICC, 17 years after the court was established. Far more are convicted by national courts, and still more go free.

One example of the importance of international criminal justice was seen when Nadia Murad and Dennis Mukwege were awarded the Nobel Peace Prize in 2018. The award drew attention to their commitment to work towards a more peaceful and just world, by criminalizing the use of sexual violence as a weapon of war and in the fight against impunity for international crimes. Nadia Murad is asking the international community to hold the perpetrators of the genocide against the Yazidis accountable. She is working with lawyer Amal Clooney to ensure that those responsible are put on trial at the ICC. Among those nominated for the 2019 Peace Prize was the Coalition for the International Criminal Court (CICC). The CICC consists of a group of NGOs working to promote the ICC and its work in the fight against impunity.

As part of the “All is Fair in Law and War” project at PRIO, we have studied a number of judicial processes both during and after armed conflicts. Unsurprisingly, most of these judicial processes were criminal trials. The criminal justice system is an attractive way of responding to past, and ongoing conflict. The battle for justice, and against impunity, is fought out in the courts.

What punishment can (and cannot) accomplish

In an attempt to legitimize the use of punishment, we often point to what punishment can accomplish, and how it serves as a deterrent. But what if it turns out that the judicial system’s ability to act as a deterrent is inadequate?

By conducting a systematic analysis of criminal trials involving conflict actors, I found that the judicial system may serve a completely different function. Domestic courts in particular may be used strategically, particularly by state actors. Trials in domestic courts are usually initiated by the government and are targeted primarily at rebel groups and armed oppositions. These political trials amount to little more than ‘playing to the gallery’. There are also several examples of summary executions following such trials.

Problems arise when our understanding of justice, and the means we employ to achieve it, become more and more equated with criminal law.

Despite the fact that international institutions, such as the ICC, may function as a deterrent, far more trials take place in domestic courts that operate in the shadow of the more visible international courts.

The global justice project is attaching increasing importance to the idea that the right, as well as the responsibility to prosecute, lie primarily with domestic courts. But instead of promoting justice, these domestic court systems become extensions of the violence that regimes are inflicting on their opponents and on civilian populations. And this violence continues both during and after a trial.

This does not mean that punishment, and criminal law, do not have an important role to play in peace processes. The focus on punishment and the fight against impunity, together with an increasing number of trials, are witness to the fact that we as a society demand someone to be held accountable. This is a strong trend that must be taken seriously. Problems arise, however, when our understanding of justice, and the means we employ to achieve it, become more and more equated with criminal law. We risk not only becoming blind to the negative consequences of the global justice project, but also pushing aside longer-term solutions to conflicts.

Collective guilt and humanity as victim

In cases involving international crimes (war crimes, crimes against humanity and genocide), humanity itself is presented as the victim. These are crimes not merely against the people directly affected by the violence, but against us all. When punishment and the criminal justice system are the central means of achieving justice, however, our focus is on individual perpetrators. This focus on the individual is an important aspect of criminal justice as we know it. But in the context of armed conflict and mass violence, the focus on individual perpetrators is particularly problematic.

An alternative to putting individuals on trial is the establishment of truth commissions (as seen in South Africa) and various forms of conflict resolution rooted in local culture and traditions. In many cases, various forms of amnesty are employed, as well as programmes designed to facilitate the return to society of people who have previously participated in armed conflict.

Holding a system or history to account is challenging (and for Western powers often very confrontational). It is far easier to simply point a finger at the person whose hand is on the weapon.

Because how do we punish the violence that led to between half a million and a million deaths in just 100 days during the Rwandan genocide in 1994? Or what about those who have contributed to the ongoing crisis in Syria, or the genocide against the Yazidis?

In the wake of the atrocities in Rwanda, a large number of people were convicted in international and domestic courts, but who was really responsible? The genocide in Rwanda can be seen as an expression of the country’s complex history, and of enduring tensions and social inequalities going back to the colonial era.

Tracing such historical and structural lines can be difficult, and is seldom uncontroversial. Holding a system or history to account is challenging (and for Western powers often very confrontational). It is far easier to simply point a finger at the person whose hand is on the weapon.

The genocide in Rwanda is an example of how violence can evolve from something extraordinary, a deviance, to become part of everyday life. Perhaps it is only from the outside, or with hindsight, that we as a society are able to comprehend the brutality we have witnessed. And it is from this realization, and the associated feelings of revulsion and powerlessness, that our expectations of justice and punishment arise. But who do we hold accountable when there is no one person to blame, and we all share some of the guilt?

Julie Jarland is a PhD student at iCourts, Faculty of Law, University of Copenhagen. She is also affiliated with PRIO.