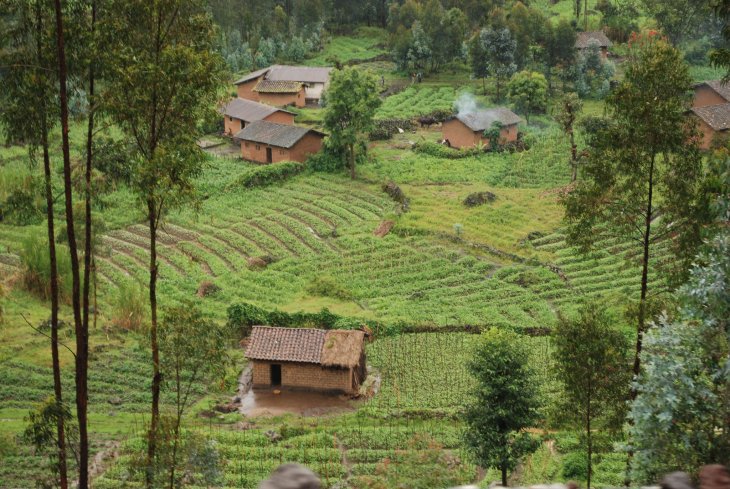 In December the UN Development Programme (UNDP) released its annual ‘Human Development Report’. For 2019 the report focused on inequality. The report is being launched as nightly news is dominated by pictures of protests in countries like Lebanon, Iraq, Chile and Hong Kong. These protest all have something in common: economic and political inequality is one of the factors driving them.

Against this background the UNDP shows how inequality is a persistent problem, even though extreme poverty has decreased drastically in the past years. The report, which was led by an international advisory group led by economist Thomas Piketty, points out that inequality accumulates through an individual’s lifetime: a child who starts life with limited access to health care often has worse schooling options in adolescence, and ends up as an adult with low income.

Many demonstrators hope they might be able to push through changes that could address the inequality of their living conditions and opportunities. But all too often inequality leads to armed conflict or civil war instead. In our background report for the 2019 Human Development Report we show that as inequality fosters armed conflict, armed conflicts in turn leads to increased inequality. In this way, many countries end up in a vicious cycle.

A large body of research literature has already established that countries with greater inequality have a much higher chance of armed conflict. But not all types of inequality create conflict.

if the groups that were most disadvantaged in the first place end up paying most of the costs of the war, group inequality may instead increase during and after the war.

A country could have a fairly even distribution of rich and poor, but still have systemic differences between groups.

We know that group inequality increases the risk of conflict. So far, though, we haven’t known much about how and to what degree conflict affects inequality between groups.

On the one hand, we could hope that conflict might lead to social change and a reduction in inequality. Various guerilla groups, from the FARC in Colombia to the CPP in the Philippines, indeed claim to fight for fairer distribution of their countries’ resources. It’s not impossible that these kinds of wars actually lead to better distribution in the same way that revolutions do lead to redistribution of goods.

On the other hand, we know that civil war ultimately does great harm. Civil wars prevent economic growth, increase infant mortality, and prevent children from going to school. And if the groups that were most disadvantaged in the first place end up paying most of the costs of the war, group inequality may instead increase during and after the war.

In some of the most intense wars, such as in Nigeria and South Sudan, we often see that group inequality worsens both during and after the war.

Perhaps most depressing, we find that the tools the international community can deploy to help countries build stable peace do not seem to ameliorate group-based inequalities. For example, post-conflict countries which emerge from war with negotiated peace agreements experience a greater increase in group inequality than countries which have no peace agreements. Of course, that doesn’t mean we should stop working for peace and reconciliation. But it does mean we need to tailor these tools to actually address the factors that can undermine a fragile peace.