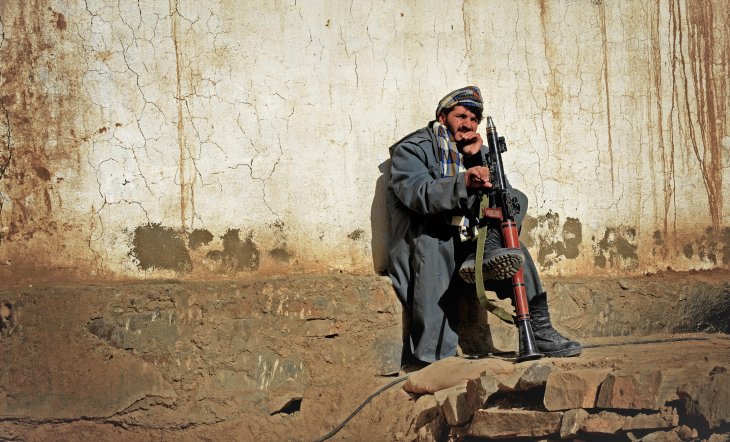 After a year and a half of negotiations in Doha, the United States and the Taliban signed a peace agreement on 29 February. Essentially the agreement provided that the Taliban, in return for the withdrawal of international forces, would not allow Al Qaeda or similar groups to use Afghan soil to threaten the United States or its allies. The negotiations took place without the participation of the Afghan government, which had rather seen that the talks did not take place. Since the US-Taliban signing ceremony, there has been little progress in securing any dialogue between the Taliban and the Afghan government. Military questions in particular, which have been little discussed, continue to impede further progress.

The Taliban is primarily a military organization. As long as the war continues, the Taliban leadership is keeping command and control. A peace process, with the compromises it involves, is more challenging. The Afghan government wants any negotiations to be preceded by a ceasefire. The Taliban fears fragmentation, including defections to IS, and will not give up its most important negotiating card early in the process. The Doha agreement prescribes large-scale prisoner swaps in order to build confidence between the parties. The government fears that so long as the war continues, freed Taliban prisoners will return to the front.

The Taliban will scarcely be willing to put down its weapons, submit to the government and its military forces, only to see its own fighters become unemployed.

International military assistance can no longer be taken for granted. Many people were surprised when the US Secretary of State, Mike Pompeo, announced a USD 1 billion cut in American aid, which may be followed by a further USD 1 billion cut in 2021. Pompeo came to Kabul to secure agreement between parties in the Afghan government but failed. The United States finances a large part of the Afghan security sector, and the cuts will have a serious impact. The military withdrawal will further reduce American interest in spending money on the Afghan army. On top of everything else, the Covid-19 pandemic now makes a rapid withdrawal far more likely.The government’s security forces are suffering heavy losses. Some hoped that the Doha agreement’s reference to the United States “and its allies” would also include the Afghan government. The Taliban has crushed such hopes. It has in fact intensified its fighting against Afghan government forces, clearly regarding only international forces as protected by the agreement. Foreign actors have invested heavily in building more effective Afghan government forces, but there are still significant challenges. The exception is the elite units, which a number of countries – Norway amongst them – have been training for many years. Such forces are now being deployed ever more actively. Much has also been done to ensure that these forces are loyal to the state of Afghanistan, not to political factions. Nonetheless, the political divisions in Kabul may have a negative effects in the security sector.

If the Afghan peace negotiations were to prove successful, what one does with the many different security forces will become an important question. Overall, their numbers will have to be significantly reduced. And then what about the Taliban’s fighters? The Taliban will scarcely be willing to put down its weapons, submit to the government and its military forces, only to see its own fighters become unemployed. Accordingly we must begin to talk about the difficult question of what the Afghan army will look like post-Doha and after a prospective peace deal with the Taliban.

This blogpost is based on an op-ed published in Norwegian in Forsvarets Forum 27 April  2020: ‘Afghanistans vei mot fred: Hva skjer med krigerne?’