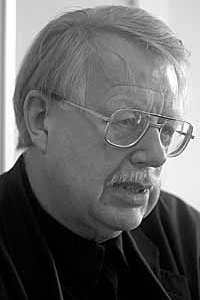 Olav Bjerkholt, professor emeritus of economics at Oslo University, passed away on 16 February. A mathematician who converted himself to an economist, he worked in the Research Department at Statistics Norway (Statistisk sentralbyrå, SSB) for 30 years. He then moved to the University of Oslo as professor of energy and oil economics.

In his emeritus years, he devoted his energy mainly to the history of the economics profession and published several articles about the two Norwegian Nobel laureates in economics, Ragnar Frisch and Trygve Haavelmo as well as other pioneers of the discipline.

Olav Bjerkholt made important contributions to PRIO’s research during two separate periods. In 1965, Emile Benoit was planning a major international conference on ‘Disarmament and World Economic Interdependence’ and sought collaboration with PRIO to hold the conference in Oslo. Johan Galtung, PRIO’s Director, took this on but also wanted to add to the program a paper by a Norwegian scholar. With his usual flair for academic talent, Galtung picked on Olav Bjerkholt, then a 23-year old student, to do a study on the economic effects of disarmament in Norway.

Galtung called Petter Jacob Bjerve, Director of SSB, and asked if Bjerkholt could use the Norwegian national accounts model (MODIS). Bjerve was initially unenthusiastic. He is reported to have commented that one might as well study the effects of eliminating the Ministry of Education or some other arbitrarily selected portion of the national budget. Galtung explained that disarmament was a topic of considerable international interest, in the United Nations and elsewhere (1). Bjerve yielded and hired Olav Bjerkholt, who produced a chapter in Benoit’s book (1967) and an article in Norwegian. He went on to have a distinguished career in Statistics Norway.

The topic of economic consequences of disarmament remained of interest both to scholars and to policymakers. A dozen years after Benoit’s conference, the United Nations launched a major study – eventually culminating in ‘The Thorsson report’ (Thorsson, 1982) – to assess how the savings from a costly arms race could be used to benefit economic development in the third world.

The prevalent view in the UN at the time was that disarmament and development were intimately linked. The world could have an arms race or it could have development, but it couldn’t have both. The Norwegian Foreign Ministry decided to fund several projects as input to the UN study and PRIO once again sought the help of Olav Bjerkholt, now the Head of SSB’s Research Department. He in turn recruited Ådne Cappelen, one of his closest associates and eventually his successor as Research Director, to play a key role in the project.

The main result of this project (Gleditsch et al., 1994) was undramatic: It was quite feasible to downsize the military establishment drastically without adverse consequences to the Norwegian economy as long as policies were adopted to compensate for the loss of military employment, even if a major portion of the savings was allocated to development aid.

This conclusion may seem trivial, but predictions of negative economic consequences resulting from disarmament were not uncommon at the time. Many on the left held that capitalism was dependent for the military-industrial complex to maintain economic growth and profit. On the opposite side of the political spectrum, some emphasized the crucial economic importance of spin-offs from inventions in military R&D. These objections were largely overcome by research done by economists in a number of countries, including Norway. Although disarmament still tends to be seen as providing a peace dividend, the benefits are probably not a large as many had hoped. And the belief that disarmament is essential or even very important to economic development in the third world has largely evaporated.

Through the SSB’s international associates, the Norwegian project connected with Project LINK, a UN-related network of economists. It was in no small measure due to Olav’s personal contacts and international reputation that we were able to produce a book (Gleditsch et al., 1996) from the LINK project with one Nobel economics laureate (Wassily Leontief) contributing a preface and another (Lawrence Klein) authoring the final chapter. My respect for these notables was sufficiently high that I remember being a bit wary when Olav insisted on writing to ‘Dear Larry’. However, my nervousness proved to be completely unwarranted.

Overall, two books and a number of articles resulted from our efforts. I was privileged to be part of these projects and fortunately I had the good sense to defer to my two learned colleagues when it came to economic modeling and other matters of substance.

Olav Bjerkholt was a valued collaborator for PRIO. For me, he was also a close friend, a neighbor, and a valued companion in the work for social democracy and peace.

(1) I owe it to my colleagues at PRIO who are professional historians, to note that this is based on my own recollection from that distant time, confirmed by Galtung in an e-mail 17 February 2020.