“We cannot allow the invisibility of women in the area of peace and security to continue,” stated Norwegian Minister of Foreign Affairs Ine Eriksen Søreide in her opening of the session on “Gender and Preventing Violent Extremism” in Amman, Jordan. Women are often “invisible” in analyses of violent extremism, whether political or religious. 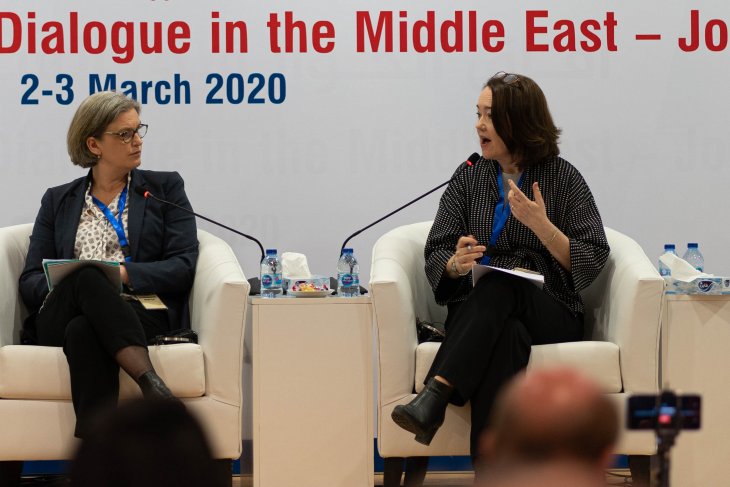 This has begun, however, to change in the European context with the recent return of female foreign fighters who joined Daesh. It has highlighted the gaps in our understanding of gender and extremism. Do the activities of Daesh women as mothers’ wives, and homemakers within an ideological group with a willingness to use violence make them complicit? How do we understand the willingness of women and girls – often born and raised in Europe – to join a group whose gender views stand in stark contrast to the societies from which these women come? These questions remain unanswered and in the Norwegian case, will in time be decided by the courts.

In order to understand the “how” of addressing violent extremism through policies of CVE/PVE we need to first address the “why” – that is, why are women seeking to join militant organisations? Quite often when we speak of women joining extremist organizations, the starting point is not political. In one of the first surveys of existing literature on Female Terrorism conducted in 2009 by Jacques and Taylor, researchers found that the motivation of female combatants could be divided into five main categories: Social; Personal; Idealistic/Political; Key event; Revenge; often with cross cutting motivations.

There is an absence in understanding of women’s political agency.

Of these categories, the one that was most mentioned in the existing literature was that of social motivation which includes reasons such as gender equality, education and career prospects, humiliation and repression. The personal category is the second most important in the literature. It includes personal issues such as monetary concerns, personal suffering or feelings of exclusion from a social group. The third category, the idealistic/political is the least developed. The authors include issues such as religion, nationalism, commitment to a cause and martyrdom in this category. However, the question of ideology is only implicitly understood. There is an absence in understanding of women’s political agency.

One of the earliest and most important scholars deconstructing gendered narratives of war was the late Jean Bethke Elshtain. In her 1987 book “Women and War”, she deconstructed narratives of men as “Just Warriors” and women as “Beautiful Souls”, illustrating to what extent these myths define women’s social position as non-combatants and men’s identity as warriors. Jacques and Taylor’s social and personal categories fit well with traditional understandings of women’s’ engagement with militant extremism. In this narrative, women choose this path unwillingly – to rectify a wrong – and against the established understanding of their identity as essentially peaceful. Their choice is thus framed not as an active political choice, depriving them of political agency. This is illustrated in a story told by a 16-year-old Syrian Kurdish female fighter of the People’s Protection Forces, the YPJ, who were key in fighting Daesh in 2014.

Their choice is thus framed not as an active political choice, depriving them of political agency.

The female fighter explains: “The war influenced me a lot. Before joining the YPJ, whenever I asked my family about politics, they’d say, ‘That’s not your business, you’re just a girl’. But when I saw how the women of the YPJ gave their lives for what they believed in; I knew I wanted to be one of them.” Women of the YPJ joined the militant organization not simply because they were resisting for social or personal reasons but because they were part of a movement to reconstruct a new political entity based on an ideology of gender equality and grassroots democracy. We need to understand the “why” of women’s participation in extremist groups if we are to address the drivers of violent extremism. In short, we need to ask the right questions to stop regarding women’s participation as a form of “exceptionalism”. 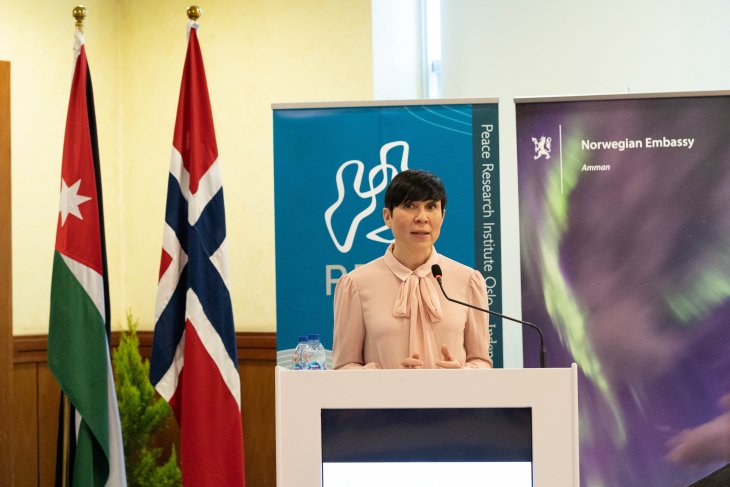 Feminist scholars often note the symbolic value attributed to women as bearers of national identity and by extension in need of male protection. Men are often seen as defenders of the “motherland”, its borders, culture, and norms. This thinking inspires far right nationalist ideology and movements, where masculinity becomes a key driver of young men’s involvement. Notions of ‘masculinity’ or ‘femininity’ are deployed as symbolic capital, ideological resource and as a rhetorical device to problematize the identities of those against whom they believe themselves fighting. Ideas about masculinity and femininity; to protect women (and children) fuels particular forms of male empowerment, but also particular forms of gendered violence. We have seen examples of this in the ideology and actions of Norwegian far right terrorist like Anders Behring Breivik and Philip Manshaus.

Further, we also observe that certain far right groups mobilize on a rhetoric of progressive gender values. In order to situate themselves as different from the perceived imminent Islamic threat linked to immigration—which supposedly dictates as a religion the oppression of women—the far right espouses Western liberal ‘values’, including gender equality and women’s emancipation. Mobilization along progressive gender policies, therefore, serves the anti-immigration and anti-Islam purpose, and is increasingly referred to as “femonationalism”.

In sum, there are a number of unanswered questions regarding gender and extremism in a field that is only now beginning to understand the need for a gendered analysis of violent extremism if effective strategies of prevention are to be developed.

Inger Skjelsbæk and Pinar Tank contributed to the first session for the PRIO-CSS (Centre for Strategic Studies at the University of Jordan) joint seminar “Preserving Spaces for Dialogue in the Middle East”. Their panel was entitled “Gender and Preventing Violent Extremism (PVE)”. This blogpost presents some of the main points discussed.

Communities, neighbourhoods and families have a crucial role to play in CVE and PVE and they need to be supported.  United Nations Security Council Resolution (UNSC) 2242 (2015)  requires states to consider a gender perspective on prevention and opportunities for experienced women to participate in high-level decision-making where prevention strategies are designed and implemented.  UNSC Resolution 2178 (2014)  calls for the need to empower women as a prevention response and mitigating factor to the spread of violent extremism and radicalization; and in June 2018 the  Sixth Review Resolution of the Global Counter-Terrorism Strategy  urged states and UN entities to integrate a gender analysis on the drivers of radicalization to terrorism into their relevant programmes, and to seek greater consultations with women and women’s organizations when developing CVE strategies.