The COVID-19 pandemic has triggered the suspension of international resettlement for refugees. According to the United Nations High Commissioner for Refugees (UNHCR) and the International Organization for Migration (IOM), resettlement-related travel will resume as soon as prudence and logistics permit. Meanwhile, individuals and families that were set to go are in limbo for the foreseeable future. However, this is not the first time that resettlement has been suspended on account of a public health emergency – and it may not be the last. 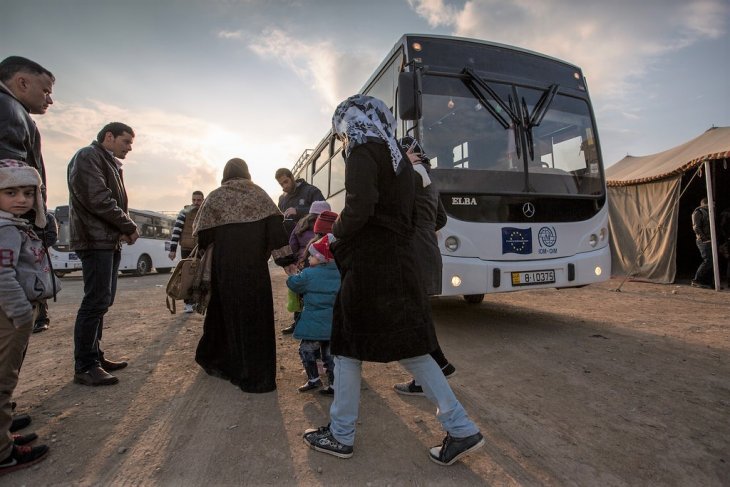 Resettlement does not entail a firm set of obligations under international law.

Before the pandemic, it was already clear that resettlement would struggle to make the comeback predicted at the 2016 UN Summit for Refugees and Migrants. There had been a sharp decline in resettlement to the US, which historically took the largest number of resettled refugees, and resettlement had been suspended altogether in some traditional receiving countries, such as Denmark in 2017. There was also the manifest unwillingness of the European Union (EU) and its member states to redistribute refugees hosted by Greece and Italy during the influx from Syria in 2015–16, and the EU’s push for emergency resettlement in African states rather than the EU.

Yet, the discretionary nature of refugee resettlement as a durable solution – rather than an obligation under international law – has long caused strong and seemingly sudden fluctuation in resettlement numbers for a variety of reasons. Therefore, it is far too early to assert the ‘death of resettlement’. Rather, it’s the time to revisit key debates to provide pointers on resettlement post-COVID-19.

A volatile instrument of refugee governance: discretion and historical shocks

Resettlement does not entail a firm set of obligations under international law. Resettlement is one of three non-hierarchical durable solutions for refugees. According to the definition used by UNHCR, resettlement involves the selection and transfer of refugees from a state in which they have initially sought protection to a third state that has agreed to admit them with permanent residence status. The actual mechanisms of the resettlement process are largely unregulated by the 1951 Refugee Convention.

With regards to infectious diseases, stigma and the fear of contagion has affected the willingness of states to resettle refugees.

The discretionary nature of resettlement means that there is a lack of harmonisation as to who will be resettled across resettling countries. Groups prioritised by one country – for example women at risk or LGBTI refugees – may not be on the priority list of others. Moreover, there is a gap between UNHCR statistics on refugees put forward for resettlement and those who actually have been physically moved by the various receiving countries. Therefore, one should execise caution when reading resettlement statistics.

Furthermore, given the discretionary nature of refugee resettlement, numbers have varied significantly over time in response to external shocks. For example, the 1980s saw a decline in resettlement. This followed a nearly 40 year-period in which resettlement was the preferred durable solution of UNHCR and states for many refugee populations (though not for African refugees). Western states became increasingly reluctant to resettle people whom they considered to be ‘would-be economic migrants’. In addition, the end of the Cold War saw a shift towards temporary protection and repatriation instead of resettlement. By the mid-1990s, however, UNHCR sought to reframe resettlement as a humanitarian act, and argued in a seminal report that it was a strategic instrument of international protection by states. The clearer doctrinal separation between refugees and migrants, and the provision of ‘soft law’ guidance to states, contributed to a resurgence of refugee resettlement from the mid-1990s.

The 9/11 terrorist attacks led to a significant decline in resettlement, particularly in the US. Prior to 9/11, processing time averaged one year; after 9/11, it stretched to a two- to three-year process. Immediately after 9/11, the number of refugees resettled in the US plummeted—from more than 73,000 in 2000 to less than 30,000 in fiscal years 2002 and 2003, as the Bush administration developed more stringent security screening protocols. These protocols remained in place through the Obama administration, and were expanded under the Trump administration’s ‘extreme vetting’ protocols.

Health concerns, such as COVID-19, have also been a reason why resettlement has been delayed or suspended. With regards to infectious diseases, stigma and the fear of contagion has affected the willingness of states to resettle refugees. For example, UNHCR has decades of experience in trying to overcome medical bans to resettle HIV-positive refugees. In 2014, and noting the lack of a public health rationale, UNHCR reported that some resettlement selection missions to Ebola-affected regions in West Africa had been cancelled. Australia went as far as to suspend humanitarian visas for refugees from Ebola-affected countries.

Preserving and expanding the resettlement space

Scholarship is divided on the best ways to preserve, and perhaps expand, resettlement. Focusing on Europe, Thielemann argues that a clear, binding legal framework is necessary to strengthen resettlement. In contrast, Suhrke considers that the adoption of binding resettlement targets would only be accepted by states if the targets did not required them to do more than they are already doing. Rather than legal developments, she argues, it is political leadership (and a conducive domestic and international environment) that matter. Actual developments reflect both academic perspectives, and innovations may also help preserve the resettlement space.

In recent years, litigation has been used to preserve resettlement. The EU has adopted a binding legal framework on intra-EU refugee resettlement and the European Commission has taken non-compliant states to court.  In the US, resettlement agencies have sued the Trump administration for allowing US states to refuse to resettle refugees. In January 2020, the federal court, granting a first injunction to the plaintiffs, ‘prohibited the Trump administration from allowing states and localities to veto refugee resettlement’.

Though innovation is not a panacea and must be given critical scrutiny, technological innovation has the potential to expand the resettlement space as well. For instance, a project run out of Stanford University, experimenting with the use of algorithms for assigning placements for refugees, suggested that such placement – allegedly at no cost to the host economy – would increase refugees’ chances of finding employment by roughly 40 to 70 per cent, thus helping resource-constrained governments and resettlement agencies find the best places for refugees to relocate.

It remains to be seen how long resettlement will be suspended due to concerns about COVID-19. As we have seen from history, when politics or pandemics have slowed down resettlement, it has had the ability to bounce back. Eyes will be on how international organisations, states, and civil society act in the coming months to shape resettlement in the future.

This piece was originally posted on the UNSW Kaldor Centre blog. You can find it here.