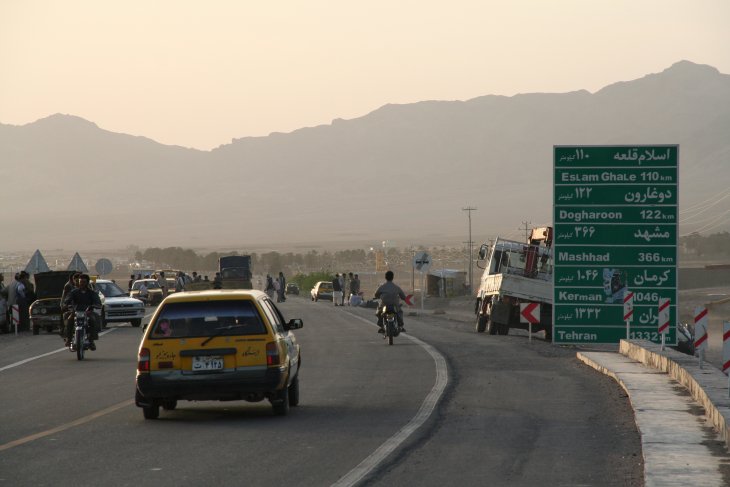 During March, 145,000 Afghans returned from Iran, many infected with coronavirus. In Afghanistan, the number of people infected with the virus is increasing every day. This is bad news for Afghan children, who already live in the world’s most dangerous country.

Politically, Afghanistan is in a very challenging situation. The results of last year’s election are disputed, with two men having claimed the post as the country’s president. At the end of February, the United States and the Taliban signed an agreement providing for the withdrawal of international forces in return for the Taliban’s agreement to prevent international terror groups from operating from Afghan soil. The United States is frustrated about the dispute over the presidency, and has cut this year’s aid funding by USD 1 billion. The dispute is not only an obstacle to peace negotations, but has also prevented a rapid and effective response to the coronavirus.

Save the Children’s national office in Afghanistan is seriously concerned about the country’s children. Afghanistan is very high on the list of the world’s worst places to be a child. The vast majority of children in Afghanistan have spent their entire childhoods in wartime. A coronavirus outbreak will have huge consequences, and children will be particularly vulnerable. Millions of Afghan children live in poverty, many are undernourished and already have very limited access to food, education and healthcare. The challenges will become even greater if scarce resources get tied up in the management of a coronavirus epidemic.

National borders have been closed all over the world, while at the same time, one border crossing is busier than ever before – Afghanistan’s western border with Iran. In March alone over 145,000 Afghans returned from Iran, a country where coronavirus has caused the deaths of over 6,277 people, while close to a  100,000 have tested positive. Currently there are reports of 2,900 cases and 90 deaths in Afghanistan. Many of those infected had returned from Iran.

The large numbers of people who are now returning from Iran, where there are up to four million Afghan refugees and migrant workers, is causing concern. The government in Kabul sought to close the border on 23 February, but was forced to reopen it the following day. Tens of thousands of people who fled the virus were trapped in no-man’s-land between the two countries. In total, almost 200,000 people have returned to Afghanistan so far in 2020, according to the International Organization for Migration (IOM).

The healthcare system in Afghanistan is not capable of dealing with the virus without significant foreign help, even though it has been significantly strengthened by foreign aid since 2001. The WHO is now assisting the Afghan authorities with testing and building up the necessary infrastructure along the border. Funds from the EU and elsewhere are helping to secure equipment to prevent infection, including PPE for health workers. Even so, the needs are overwhelming.

Norwegian military personnel running field hospitals in Afghanistan have taken in the first coronavirus patients. They have told the Norwegian tabloid VG of their fears about huge numbers of unrecorded cases.

According to the BBC, the Afghan health authorities fear that 16 million of the country’s population of 30 million could become infected. The worst-case scenario would involve 700,000 hospital admissions, 220,000 patients requiring intensive care, and potentially 110,000 deaths.

The Norwegian authorities must now increase their aid to Afghanistan in order to finance the country’s plan for a response to coronavirus, and humanitarian organizations must scale up their efforts as quickly as possible.

The consequences of the virus for the global economy also represents a serious threat for Afghanistan. International aid comprises almost 20 percent of Afghanistan’s total gross national product (GDP) and more than 75 percent of the central government budget. If donor countries start cutting their aid budgets in order to deal with their own economic crises, the consequences for Afghanistan will be catastrophic. Norway is recognized as an effective and flexible provider of aid to Afghanistan over the course of many decades.

The Norwegian authorities must now increase their aid to Afghanistan in order to finance the country’s plan for a response to coronavirus, and humanitarian organizations must scale up their efforts as quickly as possible. This means providing funds for badly needed equipment such as tests, PPE for health workers, and ventilators for the sickest patients. It is important that the needs of the most vulnerable are prioritized. In addition, Afghanistan’s neighbouring countries must ensure free passage for important supplies, and aid workers.

It is equally important that all parties to the conflict immediately comply with the call by the UN Secretary General, Antonio Guterres, for a global ceasefire during the pandemic. This could form the basis for the peace that Afghanistan so badly needs. Afghanistan must now use all available resources in the battle against coronavirus, but the country is completely reliant on support from the rest of the world!