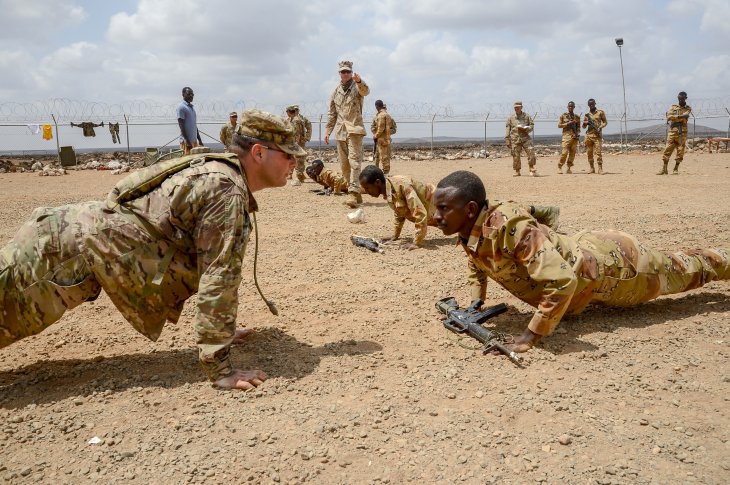 Since 2010 there has been an increase in both the intensity of conflict in the Sahel and Horn of Africa, and of the level of Western military intervention in the regions. Islamist insurgency has received most external attention, but the region has also been affected by inter-communal violence, organised crime, and trafficking. One of the most important forms of intervention is the provision of security force assistance (SFA), during which members of recipient security forces are provided with training or equipment. As part of an ongoing initiative at PRIO researching SFA to fragile states, we have published a PRIO policy paper which investigates SFA to these regions. We ask if SFA has increased the capacity and professionalism of the recipient security forces, but also whether this assistance has had any unintended adverse effects such as exacerbating the instability it is was intended to address.

We document rapidly increasing in SFA to the six countries which are the focus of the investigation: Burkina Faso, Chad, Mauritania, Mali, Niger and Somalia. We investigate in detail SFA to those states by the EU and United States, which between 2010 and 2018 collectively trained 57 000 personnel and spent USD 1.2 billion on SFA provided directly to those states and a further USD 4.4 billion on relevant regional SFA programmes. The report also documents parts of the SFA provided by eleven others: the African Union, Canada, Ethiopia, France, Germany, Italy, Kenya, Spain, Turkey, the United Arab Emirates and the United Kingdom.

An in-depth examination of the programmes implemented by the EU, the largest provider, shows that short-term, low-risk and low-cost approaches are ill-suited to the environment in the Sahel and Horn of Africa. The report provides further evidence that it is very difficult for SFA programmes alone to solve the deep structural problems within the security forces of these highly fragile states. Particular challenges include: instructors lack linguistic skills and cultural knowledge, and, until recently, restrictive mandates hinder them from accompanying trainees on patrol and directly assess the results of training programmes.

We also ask if poor design and lack of co-ordination among providers actually can worsen the ability of recipient security forces to meet standards of professionalism and to counter violent threats. By examining the provision of SFA by all actors rather than just looking at one programme, the report indicates that SFA provision can have detrimental effects. Often several different providers implement multiple SFA programs in parallel, and those programmes have different objectives.

We show how uncoordinated programmes and SFA providers’ piecemeal approaches are likely to have exacerbated the fragmentation of the security sectors in recipient countries. Even if individual units were brought up to a uniform standard, doing so would have been undermined if the rest of the security forces cannot operate effectively and professionally. Within a fragmented security sector it is also more difficult to ensure an appropriate level of civilian oversight and to uphold professional standards. So practices continue which may exacerbate conflict, such as human rights violations or corruption.

The report shows that increasing the provision of SFA since 2010 has not solved the problems in the Sahel. Poor programme design and implementation may have hindered the ability of SFA programmes to achieve their intended outcomes. Providers of SFA should consider their collective effects on fragmentation of the security forces whose capacity they wish to build. Although this research is the first to examine SFA systematically in these regions, it has not been possible to tease out all the effects of SFA provision, and much research remains in particular in-depth studies of the actual changes in practises and norms among the recipient units and their respective security sectors.