The hope of pathways to peace in Afghanistan, following the Doha Agreement on 29 February, has been crushed by mutual mistrust. Over a decade of my research on comparative peace process suggests that while all peace processes are fragile in the early phase, successful ones are characterized by political and rebel leaders with a high level of trust in the process and a willingness to interact more frequently to deliver on the commitment. 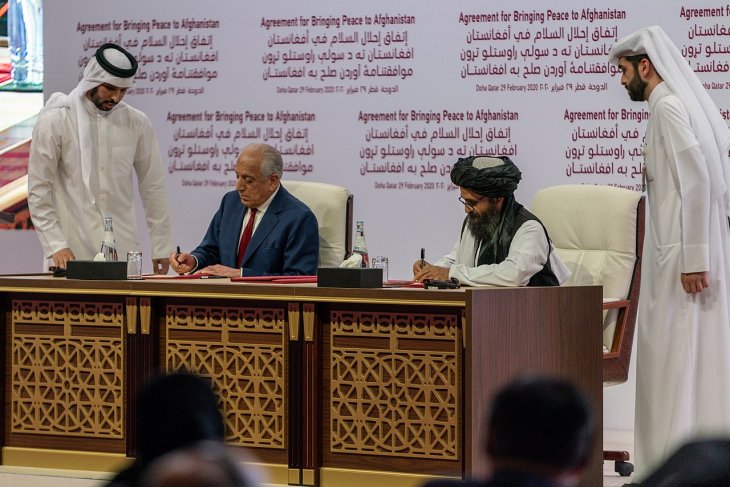 The recent agreement between President Ghani and his rival Abdullah indeed manages the rivalry between these political players, but the agreement is not significant enough to build trust with the Taliban. A three-day ceasefire during Eid al-Fitr and the subsequent release of prisoners by both sides are also not significant enough to build and sustain the momentum necessary to initiate inter-Afghan dialogue.

Although currently stalled, the Afghanistan peace process can move forward and be successful if all stakeholders are willing to engage and build a foundation of trust first.

The unraveling of trust

The Doha Agreement does not include ceasefire and violence monitoring mechanisms, but it provides two options for involved parties to build the mutual trust necessary to initiate the peace process: violence reduction and prisoner exchange. Implementing these two trust building measures, however, has not been easy. According to the Armed Conflict Location and Event Data, all armed actors have not given up violence in Afghanistan since the Doha agreement, and both the Taliban and the Afghan government have committed violence against civilians as well. The skirmishes have resumed as a three-day ceasefire during Eid al-Fitr has now expired.

The U.S. is perhaps the only external actor in Afghanistan with uninterrupted access to and leverage on both sides.

Releasing prisoners swiftly would have assured each side that the other was respecting the prisoner exchange mechanism. The Afghan government initially refused to release prisoners. After more than a week of back channeling and pressure in early March, President Ghani signed a decree to release Taliban prisoners with a written guarantee and in phases. The Taliban Spokesman in Qatar, Suhail Shaheen, tweeted on May 31 that the Taliban released 420 government prisoners and the Afghan government freed around 2,700 Taliban prisoners. For the Afghan government, it is difficult to trust that the released Taliban prisoners will not return to the battlefield as Taliban-led violence has not abated as expected and there is no indication that it will. The same dilemma exists for the Taliban as well: there is no indication that they won’t experience further violence directed at them.

What is clearly lacking in Afghan-Taliban negotiation is engagement and trust-building measures. There has not been any direct meeting between the Taliban and the Afghan government so far.

Afghan parties can eventually overcome trust issues if they all see the need for trust building as a necessary condition for initiating a peace process. All it takes is a joint step from both sides. Parties in Afghanistan had excellent opportunities to take that first joint step by establishing a violence monitoring mechanism following the Doha agreement, which did not happen.

Building trust is not easy amidst ongoing violence, but Afghan parties can learn from other peace processes.

Now, the current coronavirus pandemic may in fact provide a new opportunity for building trust. In the past, when armed actors faced natural disasters and pandemics, they found a way to cooperate and find solutions to outstanding issues. By not taking initiatives to establish a joint mechanism in the fight against the COVID-19 pandemic in territories controlled by both the Afghan government and the Taliban, both sides missed another opportunity.

Although the Taliban rejected the Afghan government’s Ramadan ceasefire offer, they announced a three-day ceasefire during Eid al-Fitr that was reciprocated by the Afghan government. While there is no report of a major escalation of violence, there is no sign of extending the ceasefire after it expired on May 28. There is also no timeline for completing the release of prisoners, as called for in the Doha Agreement.

Building trust is not easy amidst ongoing violence, but Afghan parties can learn from other peace processes.

In Nepal, two prominent human rights leaders representing the leftist ideology and the democratic ideology jointly started informal facilitation as early as 2001. They worked as messengers between the u.state and the Maoist rebels, generating space for both sides to engage both informally and formally. These engagements helped parties to build mutual trust, which led to the signing of a comprehensive peace agreement in 2006. As the focus in Afghanistan is on intra-Afghan dialogue, this approach might be preferred by all actors.

Another approach is external support to help jump start the Afghan peace process. In this respect, the U.S. is in a good position to take an active role in initiating and guiding the peace process. The U.S. is perhaps the only external actor in Afghanistan with uninterrupted access to and leverage on both sides. In the post-Doha period, the U.S. political and military leaders seem successful in engaging with the Taliban and Afghan leaderships regularly on implementing challenges that the Doha Agreement has been facing.

The U.S. played a significant role in ending the Bosnian conflict in 1995 and the Northern Ireland Conflict in 1998. So far in Afghanistan, the U.S. has been negotiating with the Taliban and the Afghan government bilaterally. As a step forward, in such bilateral meetings, the other can be invited as an observer build confidence in operating in shared spaces. For example, in Burma, ethnic groups that are not signatories to the Nationwide Ceasefire Agreement were invited to participate in the Union Peace Conference in 2018 as observers as a mechanism for building trust.

If the Afghan parties prefer a neutral country, there are examples for that as well. The neutral role of Norway was key for building trust and helping find the solution to ending the FARC conflict in Colombia. Similar to Afghanistan, the U.S. also has a significant security presence in Colombia, but it was Norway that managed to mediate the peace between the FARC and the Colombian government that ended the longest conflict in the Western Hemisphere.

Help from outside actors can be instrumental in a situation like Afghanistan. The only requirement is willingness of Afghan parties to open up to possibilities for building trust.

Madhav Joshi is an associate research professor of Political Science at the University of Notre Dame’s Kroc Institute in the Keough School of Global Affairs. He is Associate Director of the Peace Accords Matrix project. He is a scholar of comparative peace processes. His research focuses on peace agreement design, implementation, and post-civil war peacebuilding; He is co-editor of Understanding Quality Peace (with Peter Wallensteen, Routledge)