Since George Floyd’s brutal killing by the police in May, demonstrations have spread to more than 2,000 major cities and villages in the United States. Black Lives Matter (“BLM”) is probably the most widespread movement in the country’s history. In addition, we have seen huge global support, with demonstrations in more than 50 countries. 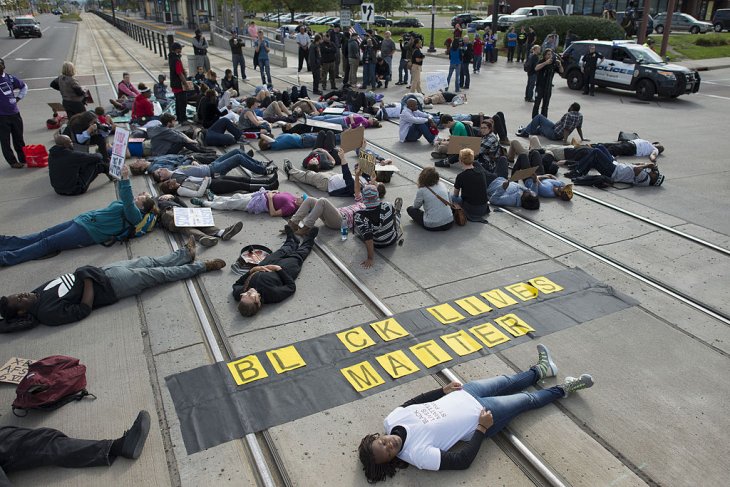 This is not the first time such protests have taken place in the United States. In 1967, two police officers assaulted and arrested a cab driver, leading to large-scale protests in New Jersey. In 1992, the acquittal of police officers, following their prosecution for beating up Rodney King, triggered major riots in Los Angeles. This was the last time that the army was used to halt protests. In the 28 years that have passed since then, no American president has either threatened to use, or actually used, the Insurrection Act, until now.

On June 1, after less than a week of protests, Trump threatened to invoke the Insurrection Act and bring in the National Guard to stop the protests. This threat triggered strong criticism, even amongst the president’s fellow Republicans. The police have used stun grenades and tear gas to break up the recent protests. A number of journalists covering the protests have been attacked by police forces. Curfews have been imposed. It is clear that the Trump administration has tried to violently suppress the BLM movement.

In general, there are three plausible consequences of a government using violence against protesters:

Violent suppression of protests increases the personal risk of participation, and accordingly has sometimes averted further protests. For example, the 1989 demonstrations against the Chinese regime ended after the massacre at Tiananmen Square, where it is estimated that up to 10,000 people were killed by the regime. Since then, there have been no demonstrations of similar size in China.

Another possible consequence of using violence to suppress largely non-violent demonstrations, is the escalation of non-violent protests into violent uprisings. It is easy to forget that the conflict in Syria started as a non-violent protest. Following the regime’s brutal suppression of the protestors, however, the movement morphed into violent conflicts between opposing groups.

In addition, oppressive actions by regimes have sometimes led key military leaders and other high-profile members of the regime to leave the regime and join the protesters. The downfall of Milosevic following demonstrations in Serbia in 2000 occurred after the army chief of staff stated that his troops would not obey an order to shoot at demonstrators. Without support from the military, it did not take long for the police to join the demonstrators, and Milosevic was forced to step down.

The general public in both the US and internationally see excessive use of force by the state as unreasonable when demonstrations are peaceful. And if more violence is used, it is likely that this will encourage more people to take to the streets, and more members of the regime will withdraw their support for Trump. Already prominent Republicans, such as former Secretary of State Colin Powell, have said openly that they will vote for the Democratic candidate, Joe Biden, when the country goes to the polls in November. This is a direct reaction to the president’s handling of the demonstrations.

Although some people have resorted to violence, this does not mean that the movement itself is violent

Research has shown that non-violent protests are successful more often than violent protests, partly because they are better at mobilizing large numbers of people. It is important to point out that when we talk about non-violent protests, we are referring to demonstrations that on the whole are primarily peaceful. What we have seen in the United States is a primarily peaceful campaign, that has attracted hundreds of thousands of people. Although some people have resorted to violence, this does not mean that the movement itself is violent.

The extent to which a movement is controlled by violence is key to its survival. Omar Wasow found in his research that in the period 1960–72, non-violent protests led by Black people in the United States generated greater media attention and an increased focus on civil rights when they encountered an oppressive response from the government. In addition, he found that Democratic presidential candidates increased their share of votes in states near cities involved in demonstrations.

If demonstrators resorted to violence, however, the focus tended to be more on “maintaining control”. This resort to violence is a central factor that can lead to movements losing support among the general public – including among those who were initially on the demonstrators’ side. It can cause loss of the potential for mass mobilization and political breakthrough. It is clear that by referring to the demonstrators as terrorists and criminals, Trump is trying to steer the media to focus on the use of violence.

If the demonstrators succeed in their momentum and their generally peaceful approach, there is good reason to believe that the movement will lead to change both within the regime and among the general population. Perhaps also to a global awakening in other countries about the many faces of racism.