The debate about Norwegian EU membership has gained new life in the wake of Putin’s invasion of Ukraine. Norway has applied for EU-membership on multiple occasions. Charles de Gaulle blocked two applications in the 60s and the Norwegian population voted NO in referendums in 1972 and 1994 despite a clear YES-stance from the government and most members of parliament. The issue has not been seriously considered in the past 28 years. 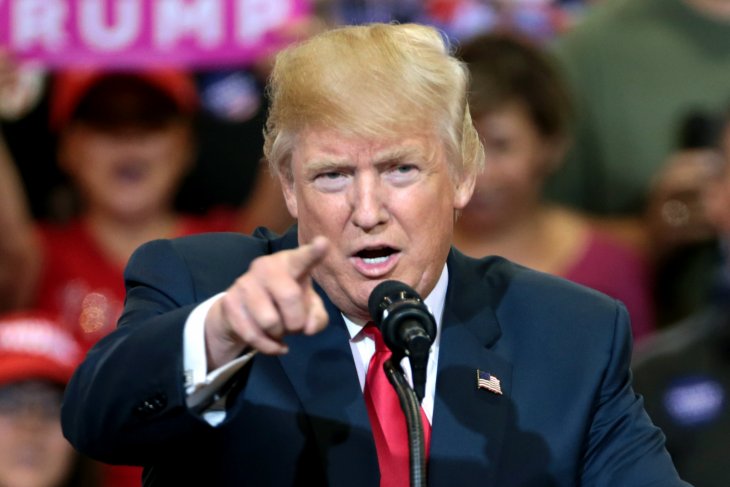 Democracy in our most powerful ally and security guarantor has been severely eroded since Donald Trump came to power in 2016. Photo: Gage Skidmore via Flickr / CC BY-SA 2.0

Insights from research on democracy and conflict give the YES side some persuasive arguments. Based on this research, one can argue that EU membership would improve Norwegian security and contribute to make the world more democratic and less violent.

Two considerations are particularly pressing. The first concerns the EU’s ability to safeguard European, including Norwegian, security through supranational cooperation.

Initially, European cooperation was seen as a way of promoting peace between Germany and France through increasing trade and economic links. In 2012, the EU was awarded the Nobel Peace Prize for its contribution to peace, democracy, and human rights in Europe for 60 years.

Democracy and cooperation are needed to create lasting peace. In research on democracy and conflict, one of the clearest findings is that a democracy seldom goes to war, at least against another democracy. Democracy begets norms about peaceful problem-solving, the sharing of political power between multiple actors, and the accountability of leaders for political decision-making. Economic cooperation and membership in international organizations also reduce the risk of war.

In the war in Ukraine, democracy is both the cause of the war and the issue that is at stake. The lack of democracy in Russia is a major cause of its war of aggression. According to research, Putin is a typical aggressor. He governs Russia as a “personal dictatorship,” a term used to describe a regime in which the leader takes most of the power into his own hands and surrounds himself with people who don’t dare to oppose him. Such regimes lack the institutional mechanisms to prevent a leader from putting ill-conceived ideas into effect.

For a leader like Putin, democracy is a threat that must be neutralized. Democracy in Ukraine hinders Russian efforts to exert a strong influence in the country, particularly if Ukraine moves towards the EU. Russian pressure to stop Ukraine from forging closer links with the EU caused Ukraine’s then-president, Viktor Yanukovych, to be deposed following mass protests in Kyiv’s Maidan Square in 2013. In addition, demands for democratic government may take hold among the Russian population if it turns out that people in a neighboring country are benefiting from freely electing their leaders. Research on democracy shows that freedom is infectious across national borders.

For a leader like Putin, democracy is a threat that must be neutralized.

The war in Ukraine and the global advance of authoritarian forces are thus persuasive arguments for strengthening Norwegian cooperation with the EU. There is every reason to expect that a less democratic world will be more violent, and Norway is a small country that will need allies to defend the democratic values on which our society is based. The EU has been promoting these values for over 70 years.

In addition to promoting democracy and cooperation, the EU is working to address today’s complex security threats, including the pandemic, climate change and cyber warfare. The EU’s new Strategic Compass, which was endorsed in March, outlines an ambitious security policy in which the EU, among other things, adopts the goal of establishing a military force of 5,000 soldiers that could be mobilized rapidly in the event of a crisis.

The other key argument in favor of Norwegian EU membership concerns developments in the United States.

The other key argument in favor of Norwegian EU membership concerns developments in the United States.

Democracy in our most powerful ally and security guarantor has been severely eroded since Donald Trump came to power in 2016. Several years of attacks on political opponents and democratic institutions culminated in an attempted coup d’état after Trump’s electoral defeat in 2020. A majority of Republican voters continue to believe that the election was rigged.

Trump has strong support in the Republican Party, and everything points to him planning a presidential comeback in 2024. This means that a new assault on American democracy is imminent. We may hope that the current investigative process will stop his comeback, but little in Trump’s history suggests this will be the case. It’s not unthinkable that he could become president again after the election in two years.

A second-term President Trump would have major implications for Norway’s national security. Trump is impulsive, and it is difficult to predict what he might do. Research has shown that unpredictability in itself increases the risk of war. In addition, Trump has threatened to withdraw the United States from NATO. There is much to suggest that his advisers persuaded him to continue America’s membership during his first term. But Trump has learned from his time in the White House. In any second term, there is reason to believe that he would only appoint committed Yes-Men. This would raise the risk of dangerous decisions.

Even if Trump does not return to power in 2024, the Republicans have embraced populist authoritarianism. Accordingly, there is good reason to believe that future presidential candidates will have a similar worldview.

The chances of an American withdrawal from NATO are not great, but the consequences would be so enormous that we cannot avoid discussing this scenario. It is difficult to predict what would happen to NATO in this situation, and the EU would represent the natural alternative for Norwegian security policy.

We shouldn’t emphasize security considerations exclusively in the EU debate. Still, Putin’s brutal war of aggression and the American Republican Party’s flirtation with authoritarianism are persuasive arguments in favor of Norwegian EU membership.

It will be good tactics, strategic for Norway to join EU and NATO for the 21st century has produced a lot of people whose sense are senseless. Norway has to fence her home against senseless minded invaders whose personality has been reduced to that a three months baby.