The Norwegian Nobel Committee named this year’s Nobel Peace Prize winner, recognizing the World Food Program (WFP) for “for its efforts to combat hunger, for its contribution to bettering conditions for peace in conflict-affected areas and for acting as a driving force in efforts to prevent the use of hunger as a weapon of war and conflict.” 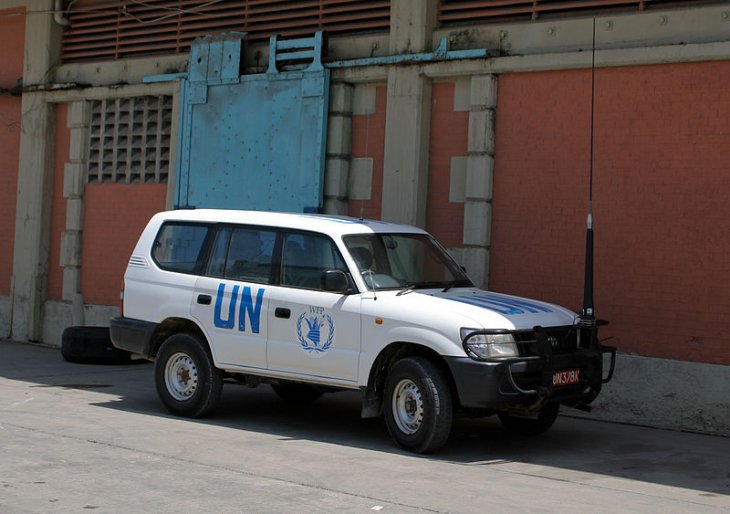 With the World Health Organization under pressure and countries such as the United States emphasizing isolationism over international collaboration, this year’s Nobel Peace Prize is a push for “international solidarity and multilateral cooperation,” the head of the Norwegian committee said. It is not surprising, therefore, that last week’s announcement was met with near-universal praise, with commentators describing the award as “highly deserved” and “badly needed.”

But is there a direct relationship between combating hunger and building peace? Our research helps explain why these linkages are so complicated.

Global hunger is on the rise

After a steady decline in the prevalence of global undernourishment, the trend has deteriorated in recent years. The covid-19 pandemic is making things worse. WFP estimates that without international assistance, the number of acutely food-insecure people in high-risk countries may nearly double (from 149 million to 270 million) before the end of the year.

From conflict to food insecurity …

The Nobel committee’s announcement describes the link between hunger and armed conflict as a “vicious circle,” where conflict can cause food insecurity and food insecurity may trigger violence.

The first part of this link is clear — almost all of today’s major food crises are in countries experiencing endemic conflict and violence. The WFP spends over 80 percent of its operational budget on humanitarian operations in conflict zones. In September, WFP Executive Director David Beasley wrote, “we can’t end hunger unless we put an end to conflict.”

Experts sometimes describe war as development in reverse. Wars often trigger displacement of agricultural livelihoods, or can lead to armed groups looting or destroying crops. And wars can set back progress toward food security for decades.

Add in a global pandemic and extreme weather events and it’s easy to see why the United Nations is now warning of the potential for famines of “biblical proportions.”

… And food insecurity to conflict

But the link from hunger to conflict is less obvious. True, persistent or increasing levels of food insecurity can produce widespread grievances that can motivate people to form groups and engage in violent behavior. Likewise, there is a robust statistical relationship between increasing food prices and social unrest.

These insights reveal less about the role of food insecurity or hunger specifically, as opposed to economic hardships more generally. Widespread hunger and mass starvation are outcomes of political failures that simultaneously produce a host of social ills — underdevelopment, inequality, exclusion — that increase conflict risk. Assessing the independent role of hunger in causing such events is not easy.

People at the brink of starvation are rarely found fighting at the battle front and social movements protesting against high food prices usually originate among members of the relatively better-off urban middle class. “Food riots” usually concern broader and more complex societal challenges than the cost of bread, similarly to collective responses to peaks in the price of other basic commodities like electricity and fuel.

Food aid can have unwanted effects

Even if hunger rarely causes violent conflict, can humanitarian efforts to strengthen food security increase the likelihood of peace? Aid provided by WFP and other humanitarian efforts can be crucial in alleviating acute food crises. But aid delivery isn’t always effective, and food doesn’t always reach those for whom it is intended. Research shows that those trapped in high-intensity conflict areas receive less assistance than those less exposed to the violence.

Why? Often it’s because ongoing armed conflict makes areas of acute malnutrition inaccessible, which means that humanitarian organizations may have to rely on local armed groups for aid delivery. In Yemen, for example, WFP had to make agreements with local militias in an effort to get food to vulnerable populations, all while worrying that donations could be captured and distributed to the warring parties instead of those most in need.

A related concern is the potential effect of humanitarian assistance on conflict dynamics. An inflow of food and other lootable commodities can attract armed groups. These armed groups may want to secure access to valuable resources, to use food as a weapon in war or as tactical behavior to use as leverage in bargaining. Food relief organizations face a dilemma: They must assist those hardest hit by hunger, but must also be aware of the significant risk that corruption — or violent seizure of food aid — may inadvertently contribute to aggravating or prolonging the conflict.

An influx of food aid to vulnerable areas can also undermine local markets. When cheap or free food is brought in from outside, local farmers risk losing their income. For this reason, WFP has shifted toward a food assistance approach, giving recipients cash directly instead of food aid. This development is likely to stabilize communities’ food production capacity without disrupting local markets.

This year’s Nobel Peace Prize is important because it sheds light on one of humanity’s greatest challenges, one that cannot be tackled without the international community’s coordinated efforts. Nonetheless, it’s not an award free from controversies or politics; provision of food aid will not cure violence and instability, and won’t replace conventional peacebuilding efforts. In some cases, food aid may even unintentionally prolong the suffering for those most affected by armed conflict.