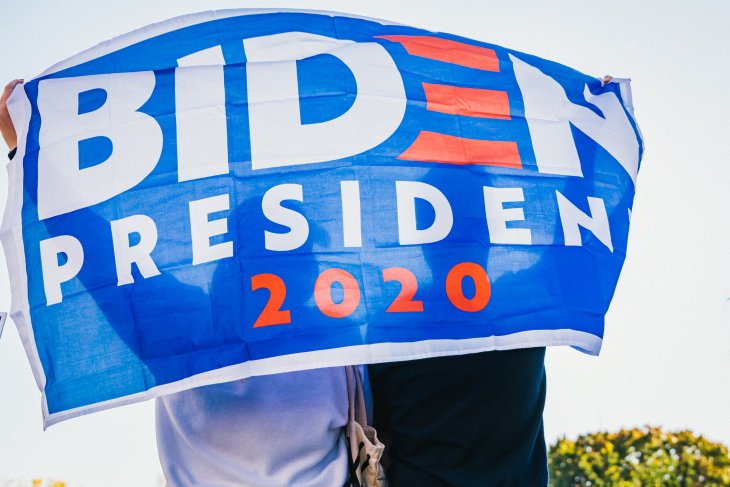 Photo by Gayatri Malhotra via Unsplash

With a winner finally announced in the US election, researchers at the PRIO Middle East Centre present a few thoughts on what a Biden presidency could mean for the Middle East. What are likely to be the guiding foreign policy principles of a Biden administration and how will regional and international actors’ positions be impacted? Much will depend, naturally, on the as yet undetermined foreign policy team Joe Biden will select.

Furthermore, with a deeply polarised country struggling to control the pandemic and facing economic and social challenges, foreign policy may not be at the top of the US agenda. Heavily engaging to resolve specific thorny issues far from home will likely not be a priority of the new administration, but we can expect to see attempts to rebuild confidence in the US through symbolic gestures, reengagement in dialogue across the board and a more multilateral approach.’ A few significant policy shifts outlined in the Biden campaign are worth considering, along with their potential consequences.

The policy of military disengagement was in fact a continuation of the lighter footprint approach to the Middle East that began under the Obama administration.

Biden’s foreign policy platform as outlined in the campaign indicates a return to multilateralism and international agreements, abandoning the isolationism of the Trump era. Perhaps the most striking aspect of Biden’s prospective foreign policy is his emphasis on a soft power approach, seeking to ‘renew American democracy’ in order to re-establish ‘dignified leadership at home and respected leadership on the world stage’. This will be a tall order in the Middle East, where the ever-present suspicion about US intentions and capabilities among local actors has only deepened during the Trump period and where the US disengagement overall has put in motion a regionalisation of security.

What Biden’s statements do not indicate, however, is a policy of greater interventionism in the region. Biden’s resistance to a troop surge for Afghanistan in 2009 and his opposition to US intervention in Libya in 2011 are indicative of his positions on foreign military interventions. Moreover, it is worth noting that US military engagement abroad remains deeply unpopular at home. The bipartisan committee for a Responsible Foreign Policy found in a 2018 survey that 86.4 percent of respondents felt that military engagement abroad should only be used as a last resort. Trump was aware of this already in his first campaign in 2016, when he vowed to bring US troops home from the region’s ‘endless wars’, most controversially abandoning the Syrian Kurds in 2019. However, the policy of military disengagement was in fact a continuation of the lighter footprint approach to the Middle East that began under the Obama administration.

A Biden presidency will likely follow along the same path, seeking to project power in the Middle East by reversing Trump-era policies. His administration’s approach may include revisiting ties to local actors (for example, the Kurds), reaffirming alliances with regional partners, and potentially mediating to mend relations between old allies (such as Turkey-Israel). The US commitment to NATO is likely to receive a boost, meaning more friction with Russia. A Biden presidency will also have the difficult task of attempting to improve relations with Turkey in order to draw it back into the Alliance. There is Congressional pressure to sanction Turkey based on CAATSA (Countering America’s Adversaries Through Sanctions Act) in response to its purchase of Russian S-400 missiles. However, this was unpopular with the Trump administration and has not yet gone into effect. Democrats, even while recognising the importance of drawing Turkey closer to the West again, will be less inclined to show lenience towards Erdoğan’s regime.

Worth noting is that the process of US disengagement from the region has opened up the geopolitical space for other actors. Russia has projected military power, most visibly in Syria, but more recently in Libya. China maintains relations with all actors, but with its grand Belt and Road Initiative, the country may quickly have to defend its interests, even militarily.

The process of US disengagement from the region has opened up the geopolitical space for other actors.

And regional actors – Turkey, Saudi Arabia, the UAE and others – have stepped in to fill the void left by US disengagement. Traditional US allies – such as Saudi Arabia, Egypt, and Turkey – are likely to react should they be faced with a more normative foreign policy focused on democracy projection, and correspondingly critical of their authoritarian agendas. Russia – and potentially, China – may thus continue to appeal more as a Middle Eastern partner.

On the Arab-Israeli issue, a Biden presidency is likely to maintain its good relations with Israel. He has an in-depth and personal knowledge of the issues, having met every Israeli Prime Minister since Golda Meir. And although he has also been a critic of settlements, during the 2020 campaign, Biden declared that he would not use American aid to Israel as a means of pressuring Israel for concessions. The US embassy is likely to remain in Jerusalem, but the new administration will move away from openly supporting Israeli annexation of the West Bank. A Biden presidency will entail a re-start of various aid channels to the Palestinians, most importantly to UNRWA and the Palestinian Authority, and former channels of communication such as the Palestinian representation office in DC and a US consulate for the Palestinians in the West Bank will most likely be reopened. While this will be highly welcome for the Palestinian political leadership, a simple reversion to business as usual – with the significant exception of shifting the US embassy from Jerusalem – will at best be a return to the failed peace process model. Depending on how Biden deals with Iran, Benjamin Netanyahu might try to backpedal on his tying Israel to the Republican party, hoping that he can ensure the continuation of the bipartisan support for Israel in the US.

Undoubtedly, the most significant policy change is likely to be a re-joining of the Iran nuclear deal and a policy of diplomatic engagement with Iran, which Biden himself has listed as a key foreign policy goal. This is the one move that has the potential to impact the calculus for all regional actors, and we see the Israel, Saudi Arabia, UAE and Egypt axis strongly opposed to reengagement.

The Trump administration has gone to great lengths to formulate blockages that will be hard for Biden to dismantle.

How the US-Iran relationship evolves will be decisive for the regional security balance as well, and some observers have even argued that a more cautious policy of containment without a return to the nuclear deal may better serve to stabilise the region. And of course, the effectiveness of an engagement with Iran will not only depend on the United States, but also on domestic changes in Iran. Even the current government, under President Rouhani, rejects a reopening of negotiations, pointing to the existing deal, while Biden has committed to force further concessions from Iran. An Iranian election looming in 2021 seems very likely to be won by conservatives due to the inability of reformists to deliver on economic and social reform. This will complicate relations with Iran for a Biden administration.

As the past years in the Middle East illustrate, politics and alliances are fluid and transactional, with crises (in Syria, Libya) reshuffling the cards for all actors, making it difficult to foresee the future. The major actors’ responses to change are driven by a combination of domestic factors such as identity, economy, military engagement, and the influence of internal elites – more often than not with a view to assuring existent power relations. While a Biden administration may struggle in its stated commitment to project American ideals in the Middle East, its policies will at the very least be more predictable.

This write-up was emailed on 7/3/20 and 10/9/20 to all Israeli Knesset members and to the embassies of the UAE, Egypt, Jordan, Saudi Arabia, and the Vatican in Washington DC.

For successful peace in the Mideast we need to solve the Sunni/Shia and Israeli/Palestinian conflicts. Israel can not be secure until the Sunni/Shia animosity is resolved and the Iranian menace is reduced in the region. There needs to be a conference of regional Mideast nations along with the US, EU, and Russia to finally come up with a equitable solution for the whole region. The bringing together of many nations will force Iran to be a responsible state player. The planned partial annexation of the West Bank by the current Israeli government is nothing more than a plan to create a desolate Palestinian ghetto that will eventually drive the Palestinians out of the West Bank (the Swiss cheese isolation plan). Below is a plan that can be a foundation for real peace.

The two-state solution is not a viable possibility in the Israeli-Palestinian conflict as we have seen in the uproar over Jerusalem. The only solution to this conflict is to allow the immigration of persecuted Mideast Christian into the areas of the West Bank, Gaza, and Golan Heights in order to form a confederation of three religious nations where Muslims, Christians, and Jews live together in which Eastern Jerusalem is the capital of all three nations. This area would be known as the United Nations of Jerusalem (UNJ).

The Jewish nation would be known as Judea, Islamic nation Palestine, and Christian nation Samaria (including Druzes). Each nation would consist of a President and Parliament. Each group would learn to coexist and cooperate because no one group would or could ever obtain absolute control under such structure. The Jewish state of Israel would return to the pre-1967 borders and Israel would oversee the external defense of the UNJ. Israel will maintain military bases in the Jordan Valley and Golan Heights.

Different types of UNJ legislation would be ranked by authority status. Class 1 passed by all three governments, Class 2 passed by all three Parliaments, Class 3 passed by all three Presidents, and Class 4 passed by two of the three governments. Since the Palestinian Muslims would make up the largest population in the UNJ and that external security of the UNJ would be granted to Israel, Class 4 legislation in which two of the three nations can ratify law would require that the nation of Palestine to be one of the those two nations. Thus, no legislation in the UNJ can be passed without some type of Palestinian approval. The UNJ Supreme Court would consist of seven judges (3 from Palestine, 2 from Judea, and 2 from Samaria).

The same three nation concept could be applied to the solve the problems in Iraq where a confederation of nations would consist of a Kurdish nation, Iraqi Arab Sunni nation, and Iraqi Arab Shia nation. Since the Iraqi Arab Shia make up approximately 60% of the Iraqi population, Class 4 legislation in which two of the three nations can ratify law would require that the nation of the Iraqi Shia to be one of those two nations. Thus, no legislation in the Iraqi Confederation can be passed without some type of Iraqi Shia approval.

When we look at the situations in both Iraq and Syria in which Sunni Arabs have been denied participation in both governments, we see a situation that led to an environment that ISIS flourished. As for the troubled area in Lebanon and war-torn Syria, there could be a three party confederation of nations in a consolidated Lebanon-Syria area that would consist of a Christian nation, Sunni nation, and Shia/Alawite nation. Such a three nation confederation could resolve the war and lead to peace in this area.

If we can solve the conflict in these three areas, we can surely bring about true peace to the Middle East.