What is behind the recent push for mining companies to go green and improve the sustainability of their operations? Since around 2017, several policy reports and a growing number of news articles have highlighted how mining companies are increasingly trying to ensure that their operations are more environmentally sustainable and climate-friendly. Mining companies hope to do this by, for instance, reducing their carbon emissions and switching to renewable energy sources to power their operations. In an industry predicated on the extraction of non-renewable resources, is this just another example of disingenuous industry green-washing? Or does it represent a significant shift that could truly have a positive impact on global environment and climate change goals? 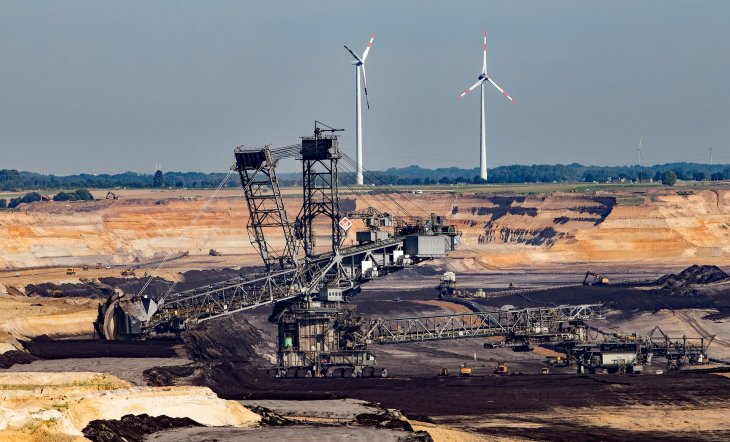 Currently, the mining industry is responsible for an estimated 10% of global greenhouse gas emissions, and mining creates environmental problems such as air pollution, soil and water contamination, loss of plant and animal life, deforestation, and erosion. The world desperately needs an energy transformation away from carbon-based fuel sources. But increases in renewable energy production and consumption worldwide could, paradoxically, exacerbate the world’s environmental problems due to the need for non-renewable mineral and metal inputs on a large scale. Non-renewable mineral and metal inputs such as copper and coltan are required to produce renewable energy infrastructure like wind turbines, solar panels, and batteries for electric vehicles. The exploration, extraction, and refinement of these mineral and metal inputs is often environmentally unfriendly and carbon intensive.

Can the production of green energy hardware be made more environmentally sustainable – starting with how the inputs are located and extracted? International pressures are mounting on the energy sector as a whole (including mining) to improve its environmental performance. Investors are using Environmental, Social, and Governance Standards to evaluate investments, and are pushing to divest from fossil fuel companies (following the so-called “Toronto Principle”). Multilateral financial institutions are also pushing the mining industry to go green: The World Bank and IFC’s Climate Smart Mining program aims to improve environmental sustainability in the industry. Companies are increasingly being pressured to demonstrate how they support the achievement of the United Nations Sustainable Development Goals (SDGs) – though mining companies currently seem to be falling short in doing so. Then there is the urgency of upholding the international commitment to limit global temperature increases to 1.5 degrees above pre-industrial levels, as called for in the 2015 Paris Agreement on Climate Change.

What, specifically, are mining companies doing to reduce their impact on the climate and environment? As part of its commitment to reducing its carbon emissions by 10% by the year 2030, Canadian company Barrick Gold’s Zaldivar copper mine in Chile relies completely on renewable electricity generated by hydro, wind, and solar sources, and the company uses renewable energy at several of its other mines. In December 2020, American company Newmont Mining – a major gold mining investor in Ghana – committed to investing millions of dollars over the next five years to reach carbon neutrality by 2050, a goal they expect to achieve in part by switching to renewable energy sources. Canadian company B2Gold uses off-grid solar and battery power to run its mines in Namibia, and will soon do the same at its Fekola mine in Mali. Much of the planned energy output from the forthcoming Grand Inga hydropower project on the DRC’s Congo River will be used to power mines in the country’s Katanga province. Other steps by mining companies include exploring the use of electric mining vehicles; using drones and other forms of technology in the exploration phase of mining; using more environmentally friendly mining techniques; exploring how to reuse waste water; and engaging in land reclamation.

While these examples are laudable and commitments to improve environmental performance seem to be on the rise among mining companies, there is to date a lack of hard evidence regarding the impact of these initiatives on concrete environmental and climate indicators. Which types of solutions most efficiently and effectively reduce mining companies’ environmental footprint, and under what conditions? Environment and climate accountability is a fairly new issue in the mining sector, limiting the amount of data we have to measure impact. Moreover, the playing field is not level: as with other corporate responsibility initiatives, it is more likely that larger mining companies headquartered in rich, developed countries and that face international reputational pressures will make an effort to reduce their environmental impact, as opposed to smaller and government-owned companies as well as junior mining companies. Finally, there is a deficit of clear guidance and internationally accepted standards for mining companies as well as the suppliers they work with about how to fully account for their environment and climate impact in the full cycle of extraction and operations, from exploration to extraction to refinement to manufacturing.