NATO is facing ‘a brutal dilemma, NATO’s Secretary General, Jens Stoltenberg, said to the press ahead of NATO meeting of defense ministers on 17-18 February. 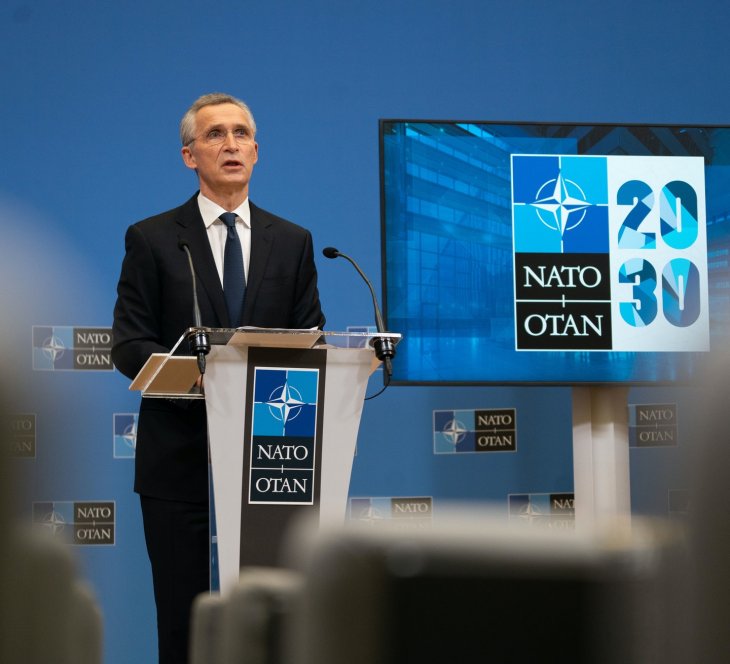 The goal, said Stoltenberg, is that Afghanistan shall never again become a haven for terrorists attacking NATO and its allies. He continued: ‘While no ally wants to stay in Afghanistan longer than necessary, we will not leave before the time is right.’ He endorses the ongoing peace process between representatives of the Afghan government and the Taliban, but also emphasizes that the magnitude of Taliban violence is unacceptable. With that, the Secretary General indicate that NATO will not have withdrawn from Afghanistan by 1 May, which is what the US has committed to in its deal with the Taliban. As the meeting concluded on 18 February, Stoltenberg reiterated what he had said in advance, but he also had to conclude that the question about withdrawal remains open, and that the allies’ will continue to closely consult and coordinate in the coming weeks’.

The brutal fact is that NATO’s dilemma will not be settled in Brussels, but in Washington. That is the story of the Afghan engagement, from 2001 to the present, as the Norwegian government’s Afghanistan commission (of which this author was a member) also demonstrated. The Biden administration has hardly gotten into its offices. And Afghanistan is by no means on top of its agenda. Buying time, the Biden administration has prolonged the mandate for Trump’s Special Representative for Afghanistan Reconciliation, Zalmay Khalilzad, and stated that they will review the deal that the US signed with the Taliban late February last year. The brutal dilemma for Biden is that the US has entered into an agreement in which it commits to the withdrawal of all international forces from Afghanistan within 1 May this year, but that the likelihood of being closer to a peace settlement by then is very slim. The Taliban has made it clear that they will see an extension of the military presence as a violation of the deal, and with that, they would again target international forces.

It was a turning point when the US, under Donald Trump, engaged in direct talks with the Taliban in the fall of 2018, against the explicit will of the Afghan government. The Taliban had long been insistent that they would not negotiate with what they see as a marionette government in Kabul, but only with the occupying power directly. The agreement that resulted was signed in Doha in late February 2020. The essence of the agreement is that the US shall ensure all international forces are pulled out (very precisely regulated in the text), while the Taliban shall ensure that Afghanistan does not again become a platform for terror-attacks against the US and its allies (only loosely described in the text). In addition, the agreement laid the foundations for prisoners’ exchange in order to build mutual confidence, followed by intra-Afghan talks. The US now has 2500 soldiers in Afghanistan, NATO has some7500. I addition, there is a significant number of private security contractors, also included in the withdrawal commitment.

The Taliban did not commit to a ceasefire, but – at least in the spirit of the talks – to a ‘Reduction-in-Violence’ (RiV), a term that has since become a standing joke. Since the deal was signed, violence against international forces have been very limited, and the Taliban’s large-scale terror attacks in the cities have also been few. Simultaneously, the Taliban have stepped up their warfare against the Afghan security forces, and over the last months, they have seriously threatened the government’s control over several of the main provincial capitals. A massive campaign of assassinations is taking place – targeting journalists, civil society activists, government employees and security personnel – which the Taliban insists is not of their making. The escalation of violence is the exact opposite of what most people had hoped for, and it does create a very poor climate for the negotiations.

In Washington, a bipartisan entity – the Afghanistan Support Group (ASG) – led by senator Kelly A. Ayotte, General Joseph S. Dunford og Nancy Lindborg, presented its report a week ahead of the NATO meeting. The report does highlight the difficult dilemma that the US and NATO is facing. At the same time, the ASG does suggest that a prolongation of the military presence is the best alternative, also in the event that the Taliban does not condone it. The report has met widespread criticism, both over the substance of its recommendations, and over the fact that a majority of the group’s member have links to the arms industry (with a possible interest in prolonged military engagement). In the absence of the Taliban’s acceptance, a military extension will mean that Taliban will again target international forces. They are already so few that this may lead to a need for increasing their numbers. Biden, on his side, has been remarkably consistent that he does not want a large military presence in Afghanistan, in fact he was also clear on this already in 2009 as a Vice-President, when Obama ended up authorizing the military ‘surge’. All of that indicates withdrawal is in the cards. While it is difficult to predict what will happen next, escalating violence, fragmenting of the Kabul government alliance, and the Taliban strengthening their position, all of that is well within the realm of the possible.

The neighboring countries appear to be preparing for the worst (see this author’s policy brief here). The Taliban have used the lull in the talks to go on a tour of the larger neighborhood, visiting Ashgabat, Islamabad, Moscow, Tehran (a forthcoming policy brief by this author will examine the changes in the Taliban’s foreign policy). Throughout the last decade, the Taliban have gradually moved from being considered an international pariah to receiving red carpet treatment in most capitals throughout Afghanistan’s neighborhood. The direct negotiations with the US further strengthened their stature and recognition. Part of the tragedy of the last 20 years of diplomacy to foster a neighborly concert for Afghanistan’s future have had modest results. The reason is simple: While all the countries in Afghanistan’s wider neighborhood are deeply engaged in Afghanistan, they are so primarily due to existensial concerns within their respective regions. An example is Pakistan, more deeply and consistently engaged than any other neighbor, yet mainly because of its existential concerns with its rival in South Asia.  This is why the US special representative have dealt with the neighboring countries one by one, rather than trying to build on the regional forums that exist.

The US is still a party to the conflict, yet has also filled the role as chief mediator between the Taliban and the government, practicing a rather muscular diplomacy. The two main parties, the Afghan government and the Taliban, insist that the talks must be Afghan-owned and Afghan-led, refuting all suggestions of an external third party. Qatar plays the role as a host to the talks, with a four-country host state support group (Germany, Indonesia, Norway, Uzbekistan), but does not actively lead the negotiations. There is no lack of candidates offering to mediate. As the NATO meeting of defense ministers started, Russia declared that they want to bring the parties together, criticizing the US and praising the Taliban for how they have complied with the existent agreement. While all the countries of the neighborhood wants to see the US leave, they are also worried about whether the timing is right, and what the consequences will be. Hence, they keep cultivating their networks, and they all prepare for the further escalation of conflict that they believe is around the corner.

The tragedy that most Afghans face is unbearable, and it may very well be that NATO’s brutal dilemma proves irresolvable. Following almost 20 years of massive international engagement in Afghanistan, what we see is a complete paradox: In an early phase, when the Taliban’s back was broken and what remained were eager to talk peace, the response was military might. As the Taliban’s military capacity and support grew and the possibilities for a negotiated peace shrunk accordingly, the US has turned around to seek a peaceful settlement at virtually any cost.

This is a translation (by the author) of an article written for the Norwegian Atlantic Committee, published in the Weekly Analysis (‘Ukens analyse’) series on 19 February 2021: NATOs Afghanistan-exit: ‘Et brutalt dilemma’