Women can contribute to preventing and countering violent extremism, but the international community’s understanding of their contributions is lacking.

Women are often expected to assume roles as deradicalizing councillors or informants, but depending on context, it may be unsafe and unrealistic to assume that women will take on such roles. If policies designed to combat violent extremism are to be effective, they must be based on the realities of women’s experiences with violent extremism rather than on gender stereotypes. 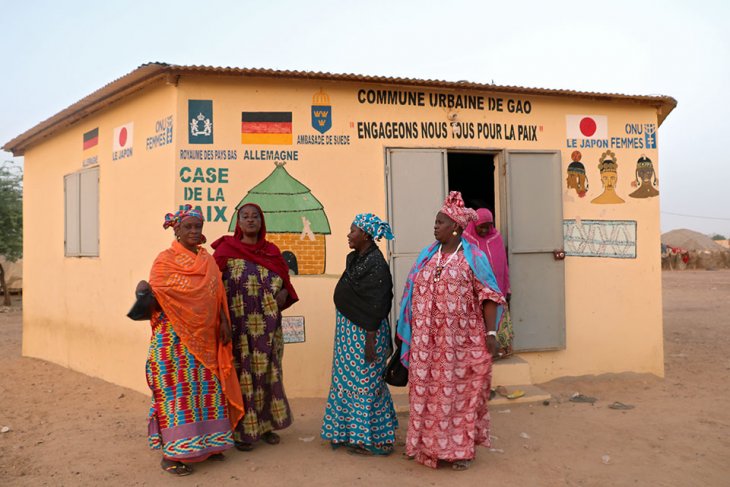 Since 2000, women’s contributions to conflict prevention and resolution are a key aspect of the UN’s Women, Peace and Security (WPS) agenda.

In recent years, a global policy agenda on preventing and countering violent extremism (P/CVE) has developed in response to the rise in the number and scope of extremist movements such as ISIS, Boko Haram, the Taliban and al-Shabab. Today, these global policy agendas are promoted in countries understood to be at risk of experiencing violent extremism and in those countries already experiencing it.

… there are discrepancies between the stereotypical ideas about women’s roles and the great variation in Malian women’s experiences, contexts, and identities.

In my recent article in International Affairs, I investigate the implementation of the global policy agendas on WPS and P/CVE in Mali. I show how through this process, gender stereotypes are reinforced, and women are assigned roles as security actors. I illustrate how there are discrepancies between the stereotypical ideas about women’s roles and the great variation in Malian women’s experiences, contexts, and identities.

I found that UN policy agendas on WPS and P/CVE in Mali construct roles for women as ‘new security actors’ who contribute to preventing violent extremism by influencing, counselling and/or informing on their family or community members.

In fulfilling these roles, women are expected to use their positionality as mothers, wives, sisters, or daughters to obtain information about those who are being radicalized and to inform the authorities. Additionally, women are also expected to intervene themselves by counselling their husbands, brothers, or children towards deradicalization and detachment from extremist groups.

Why is this problematic?

It is important to note, that the ‘new security actors’ framing is not always problematic. Many women’s organizations advocate a role for women along these lines, and this is one way of highlighting the important work that women do in many contexts.

However, in other contexts it may be unsafe for women to act as ‘new security actors’. For example, in some regions in Mali, security forces have harassed and committed human rights abuses against the population. This has left many people in these areas distrusting of the state. In these contexts, women may be at risk if they are perceived as informers for the state by their communities.

In other cases, it can be unrealistic to expect women to act as ‘new security actors’. For example, it is unrealistic to expect women to tell state authorities about their children being radicalized if they do not trust in those authorities. Further, while Malian Tuareg women are seen as able to influence whether their husbands join armed groups, women belonging to other population groups may hold different positions vis à vis their husbands. In these contexts, women’s scope for influence and counselling is offset by their need to maintain their husbands’ trust and good will.

Finally, women may support extremist groups (or groups designated as extremist) and may therefore be likely to council their husbands into joining these groups.

we need a better understanding of women’s everyday experiences with violent extremism, both as preventive peace and security actors, and as participants or sympathisers

Rather than empowering women and transforming gender relations, the ‘new security actors’ discourse reinforces gender stereotypes and can put women at risk when their gendered roles are seen as equipping them to assist in the fight against violent extremism.

Policy makers should be aware that roles as ‘new security actors’ are potentially unsafe or unrealistic for women, depending on their identity and context. If interventions to prevent and counter violent extremism are to be effective, their design needs to be better informed by the realities of women’s situations and experiences.

For this, we need a better understanding of women’s everyday experiences with violent extremism, both as preventive peace and security actors, and as participants or sympathisers.